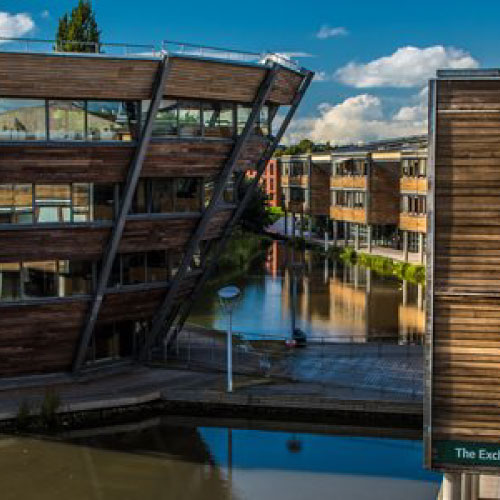 Asia Must Free Itself From Western Chains

The world is still reeling from the financial crisis, with Asia one of the few areas with strong future growth prospects. This should mark a new intellectual era. But policy makers across the region continue to turn to those very things that got the world into its current predicament – western ideas.

It is not just that we have failed to figure out how to live with the forces released by the industrial revolution, but that we are struggling with the ideologies it created too, notably the continuing stubborn belief that markets, technology and liberal democracy will deliver all the things we need.

Yes, those ideas, born in Europe and then refined in North America, brought great prosperity to a part of the global population. But their formulas cannot be endlessly repeated and applied everywhere.

With a population that could peak at 6bn by 2050, Asia does not have the luxury of exploitation of global resources that the west enjoyed in the building of the modern world. What Asia therefore needs is new ideas – ones that tackle the challenge of establishing what kind of prosperity can be spread across such a huge number of people.

The western paradigm sees Asia’s large population either as a tremendous market opportunity or a threat to its well-being. Similar ideas fill too many Asian minds. Instead, Asia must imagine a future in which urbanisation is not seen as inevitable and necessary, where its cities do not follow the car-driven ways of the west, where food is not produced in fields drenched in chemical fertilisers and pesticides, or where ever-expanding consumption is seen as the only recipe for economic well-being and political stability.

Among the specific questions countries must ask are: what level of per capita energy consumption is viable; how to pay for sustainable food production; whether people are better off sticking with low-meat diets; how transport systems should be built around mobility, not car ownership; and whether new technologies could be used to allow people to prosper in the countryside rather than being forced to migrate to cities for a life of urban squalor?

Universities and schools should educate students in ways that equip them to contribute ideas relevant to the country in which they live, rather than promoting unattainable western lifestyles. Much of this work will be in economics and public policy. But new ideas must also be sought across every major discipline – in the sciences and the social sciences, of course, but also in the humanities, in studies of values, of history and of culture.

To confront this challenge, the starting point has to be Asia’s universities. Sending the best young minds of the region to western institutions serves to reinforce that intellectual subservience. What Asia needs is for the best research about the region to come from universities within Asia – not from Harvard or Cambridge. Therefore Asia needs a rallying call – the launch of 100,000 PhDs. It must ask 100,000 of its smartest graduates to launch a revolution of original thinking and research that will allow the region to move beyond the ideologies that have driven it for the past 50 years.

This research must acknowledge that the needs of Asian countries are very different from those of the US or Europe. It must create a body of ideas in academia that can enter the public consciousness and aid national leaders in making the tough decisions about increasing populations, resource constraints, climate change and technology.

Universities across the region must focus their curriculums and research on a drive for new ideas applicable in their local contexts. They should be forced to ask themselves critical questions – ones that directly confront conventional thinking.

Above all, we must look to those who will have to live in Asia through the next half-century and beyond to come up with new ideas and ways of thinking – ones that look beyond the economic ideologies that enriched one part of the world at the expense of the rest, but which if continued to be applied in Asia will only create catastrophic outcomes for all.

The writer is author of ‘Consumptionomics’.