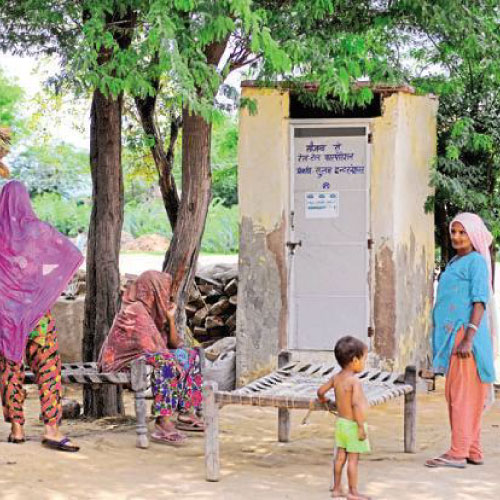 Modi’s Legacy Should Be Decent Sewers, Not ‘Smart’ Cities

He should not be distracted from the unglamorous basics, writes Chandran Nair

Since taking office in May Narendra Modi, India’s prime minister, has had three high-profile meetings with the heads of the world’s three largest economies. In Japan he declared victory in light of the $35bn in public and private funding that he plans to use to help to realise his project of creating 100 “smart cities” across India. Next came the $20bn promised by Xi Jinping, China’s president, for industrial parks and high-speed railways. This week Mr Modi is in Washington, where defence issues will be top of the agenda as the US, too, tries to woo India.

However, before he congratulates himself on these successes Mr Modi should recall his campaign promise to put “toilets before temples”. American attack helicopters, Chinese bullet trains and Japanese smart cities (a concept which involves outfitting urban areas with sensors and high-tech communications and information processing hardware) are hardly what India needs most. Sadly, this kind of exchange is typical of what happens when poor countries seek assistance from rich ones.

About 40 per cent of Indian children are malnourished. Poor sanitation is as big a cause of this as a lack of food is. But India’s budget does little to address this reality. India has been the biggest arms importer in the world every year since 2010. Over the past five years its share of international arms imports has doubled from 7 per cent to 14 per cent. New Delhi is already America’s biggest foreign customer of arms. India’s newest aircraft carrier cost $3.1bn to complete. For comparison, the world’s second-most populous country spends about $10bn a year on education.

India has many pressing development needs where this cash would be better spent. The World Health Organisation has declared that breathing the air in Mumbai is the equivalent of smoking two-and-a-half packs of cigarettes a day. In 2012 the sorry state of India’s power grid left more than 620m people, or 9 per cent of the world’s population, without electricity in the biggest blackout in history. Today, hundreds of millions remain without a reliable supply.

The country also faces a severe groundwater crisis due to agricultural overuse depleting supplies faster than they can be replenished. Despite this, India’s agricultural productivity is only about a third of the level in France and half what it is in China, something made more frightening by the fact that India will have more mouths to feed than China as soon as 2030. And although India excels in elite education, the general standard of provision is poor. The literacy rate is about 75 per cent, compared with the world average of 84 per cent. Average literacy for women is even lower, at 65 per cent.

Finally, the lack of proper infrastructure and institutions in large parts of India make it difficult to see how they could even absorb investments of the kind that Mr Modi has secured. To set up industrial parks you need decent roads, a reliable electricity supply and a responsive bureaucracy. It is no coincidence that existing foreign investments in India have been almost exclusively in the few states that meet this standard.

These are soluble problems, but the next generation of “smart” technologies – be they bombs or broadband – are not the answer. India is already infamous for billion-dollar houses towering over slum neighbourhoods. It should avoid going further down this path.

Mr Modi has inherited a country in desperate need of major changes in government policy. His campaign promises show that he is acutely aware of this. But he should not be distracted from the unglamorous work of building toilets, connecting sewers and providing the other basics of 21st-century life. This would be a phenomenal legacy. If he succeeds, he could go down in history as India’s greatest prime minister to date.