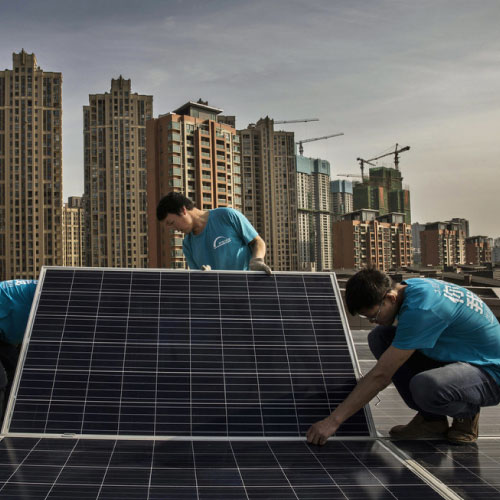 India and China Should Be at Forefront of ‘Eco-Civilisation’ Push 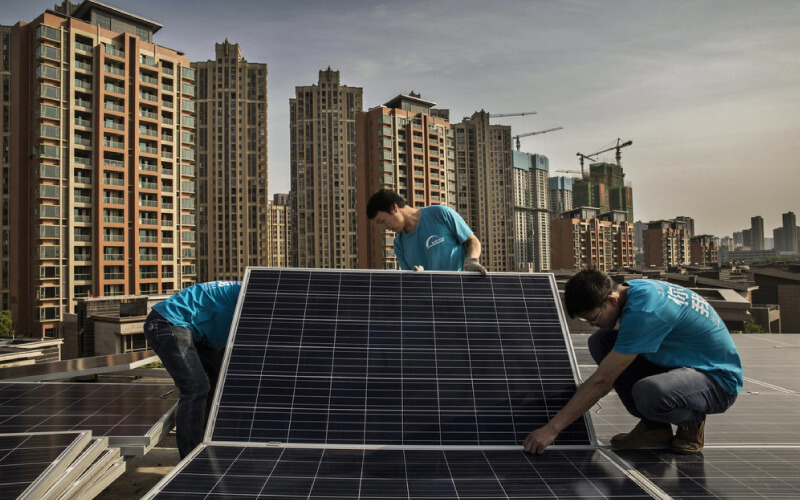 Developing nations can develop their own un-American growth themes to save the planet.

Donald Trump’s decision to withdraw from the Paris Climate Accord has been met with angst from Western allies, the media and the foreign policy establishment, who have framed the move as the US president’s abandonment of American global leadership in pursuit of his nationalistic “America First” foreign policy.

The unfortunate truth, however, is that the US has never been a leader on the issue of climate change, nor the wider question of sustainability.

After former US president Jimmy Carter worried that “too many of us now tend to worship self-indulgence and consumption”, Ronald Reagan criticised the whole idea that constrained resources could impact the economy.

Despite the efforts of Bill Clinton and his vice-president Al Gore on the Kyoto protocol, George W Bush abandoned the treaty once he took office. Barack Obama did what he could with climate negotiations in Copenhagen and Paris, and it was only in his second term that he made the deliberate decision to pursue a less stringent agreement to avoid passing a treaty through a polarised and obstructionist Congress. Mr Trump’s action on climate change is thus not a break from the past, but a continuation of it.

The US has rarely joined global agreements that it did not have a hand in drafting, and has even rejected those in which it was actively involved. The US is not a member of the International Criminal Court. It has not ratified the UN Convention of the Law of the Sea, the Convention on the Rights of the Child or the International Covenant on Economic, Social and Cultural Rights.

America has long followed a “my way or the highway” approach to global rulemaking.

At the 1992 Earth Summit, George HW Bush stated that “the American way of life is non-negotiable”: a statement that holds true today. Few Americans today realise that a serious effort to tackle climate change requires Americans to change how they live. Even supporters look to technological innovation and new industries as the mechanism to tackle carbon emissions. The political narrative supports this denial: even arguments that support tackling climate change are wrapped in promises of “green jobs” and “energy independence”.

Thus with our attention on the Paris climate accord, it is worth making the point that focusing solely on carbon emission reductions means we miss the bigger picture about planetary wellbeing. High-energy use per capita — regardless of where the energy comes from — helps to fuel a resource-intensive economy, with relentless consumption and a high social and environmental cost as externalities are not priced in. This is clearly unsustainable, and has depleted, polluted or destroyed much of the world’s resource stocks. Climate change is merely part of a wider problem: our unsustainable economic growth model.

What we need is an “eco-civilisational revolution” led by the developing world where the majority of people live. While it is disappointing that the US — the world’s second-largest emitter and largest per capita emitter among industrialised countries — will not contribute, the world should not be held to ransom because the domestic political processes of 5 per cent of the world’s population cannot treat the problem seriously.

China’s motivations may be geopolitical (an attempt to seize global leadership from the US), economic (a way to invest in the renewable and “green” industries of the future), or entirely sincere (in that it understands the potential impact of rampant climate change and environmental catastrophe).

China is now seen, perhaps begrudgingly, as the leader of the global effort to combat climate change. Beijing pledged to work with the EU to control carbon emissions, and California governor Jerry Brown, insistent on an environmental agenda despite Mr Trump, travelled to China almost immediately after the decision. But there is also a cultural argument. China is a much older civilisation and culture than the US, and predates today’s consumerist, resource-intensive and materialist cultures.

And even as China embraced it to help lift people from poverty, it now seems to understand its limits. Deng Xiaoping first used the term “moderate prosperity” in 1979, connecting the idea to Confucian principles, and was echoed by later Chinese leaders. In 2013, Xi Jinping, the president, called for “ecological civilisation reforms” to account for the environmental repercussions of China’s development.

India too has expressed its support for tackling climate change after Trump’s decision. Narendra Modi, the prime minister, stated that “exploitation of nature is not acceptable to us”. Mr Modi too referred to India’s long history, when he stated that “for the last 5,000 years, even when I was not born, it has been the tradition in India to protect the environment”.

Many will dismiss this statement, given India’s current struggles with environmental protection. But there’s something to this reference to India’s culture and experience — its vegetarianism, fasting and traditions of frugality. Like China, India has a long history steeped in wisdom and knowledge that predates today’s industrial economies.

In contrast, the US has known little else but modern-style capitalism. To admit that its lifestyle may need to be managed in a resource-constrained future is to reject the “American Dream”, something that has guided the country for most of its history.

As of now, mindless consumerism is not inherent to either Chinese or Indian cultures. If this changes, and if either country succumbs entirely to modern growth themes, it will come at a high cost to the planet. One does not need to be a “climate sceptic” to know that 2.5bn Chinese and Indians living like Americans would have a catastrophic impact.

The largest nations in the world (except for the US) are all developing economies, and the two Asian giants of India and China tower over the rest. It was inevitable that they would end up having to take the lead, not just for moral principles but also for their own survival. These large and growing countries where the majority are still poor will need to find their right place and lead the creation of an eco-civilisation, based on a new set of rules and paths to moderate prosperity. Their success will determine the fate of our planet.