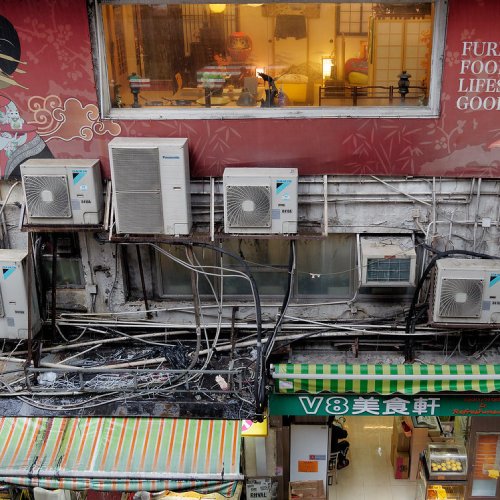 The Cost of Cooling our Cities 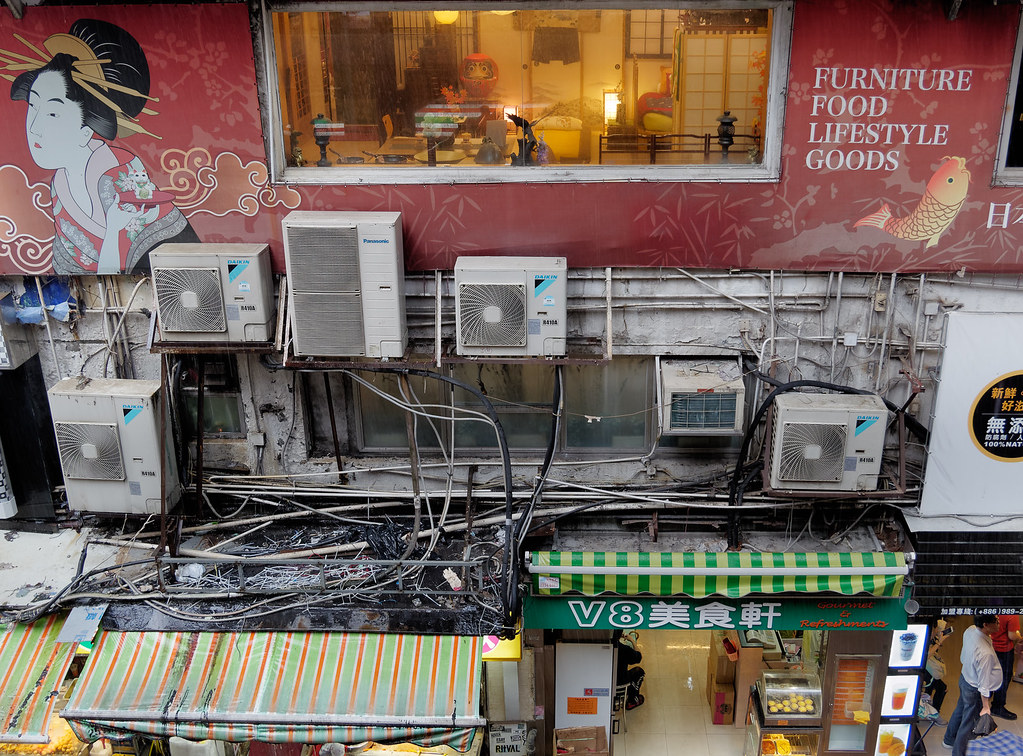 For those of us who live in tropical and sub-tropical cities like Hong Kong, Manila, Jakarta or Singapore, heat — particularly urban heat — is unrelenting and in some cases, deadly, making air-conditioning a necessity rather than a luxury. But here’s the irony: the very air-conditioning that protects many of us from debilitating and life-threatening temperatures contain greenhouse gas-emitting refrigerants and require significant amounts of energy, which resulted in 1.25 billion tons of carbon emissions in 2016. In short, they keep us cool while heating up our planet, particularly in cities where this type of cooling is highly concentrated.

As the world gathers for COP 24, the U.N. climate summit, it must contemplate the fact that as development and urbanization increase, the heat island effect will worsen. This is a phenomenon where the density of buildings, industrial activity, roads and traffic in a city trap heat and raise temperatures above those of the surrounding areas. This heating up will, naturally, require even more cooling units. The International Energy Agency recently predicted that the stock of air-conditioning units would triple by 2050, growing from 1.6 billion to 5.6 billion by 2050. This would require as much electrical capacity to power as the United States, the European Union and Japan currently use, combined.

This is simply not sustainable or desirable even if renewable energy takes off. We thus need to radically rethink how we design cities, especially those in the tropics, to adapt to the prospect of annual “extreme heat” days. By 2050, 970 cities globally may experience average summer temperature highs of 95 degrees. Right now only 354 cities do. Coping with this must be done in a way that does not worsen the problem through an overreliance on artificial cooling.

One way is to limit the use of air-conditioning in favor of more energy-efficient forms of cooling. Fans and “swamp coolers,” which combine fans with sprayed water, do not use as much electricity as air-conditioning units and work well in dry and arid climates. Making air conditioning more energy efficient is of course also key. In this regard, properly pricing the cost of energy and electricity will be crucial to encourage investments in more efficient air conditioning, discourage wastage and make “non-essential cooling,” such as reducing offices to frigid temperatures in the summer, too expensive. 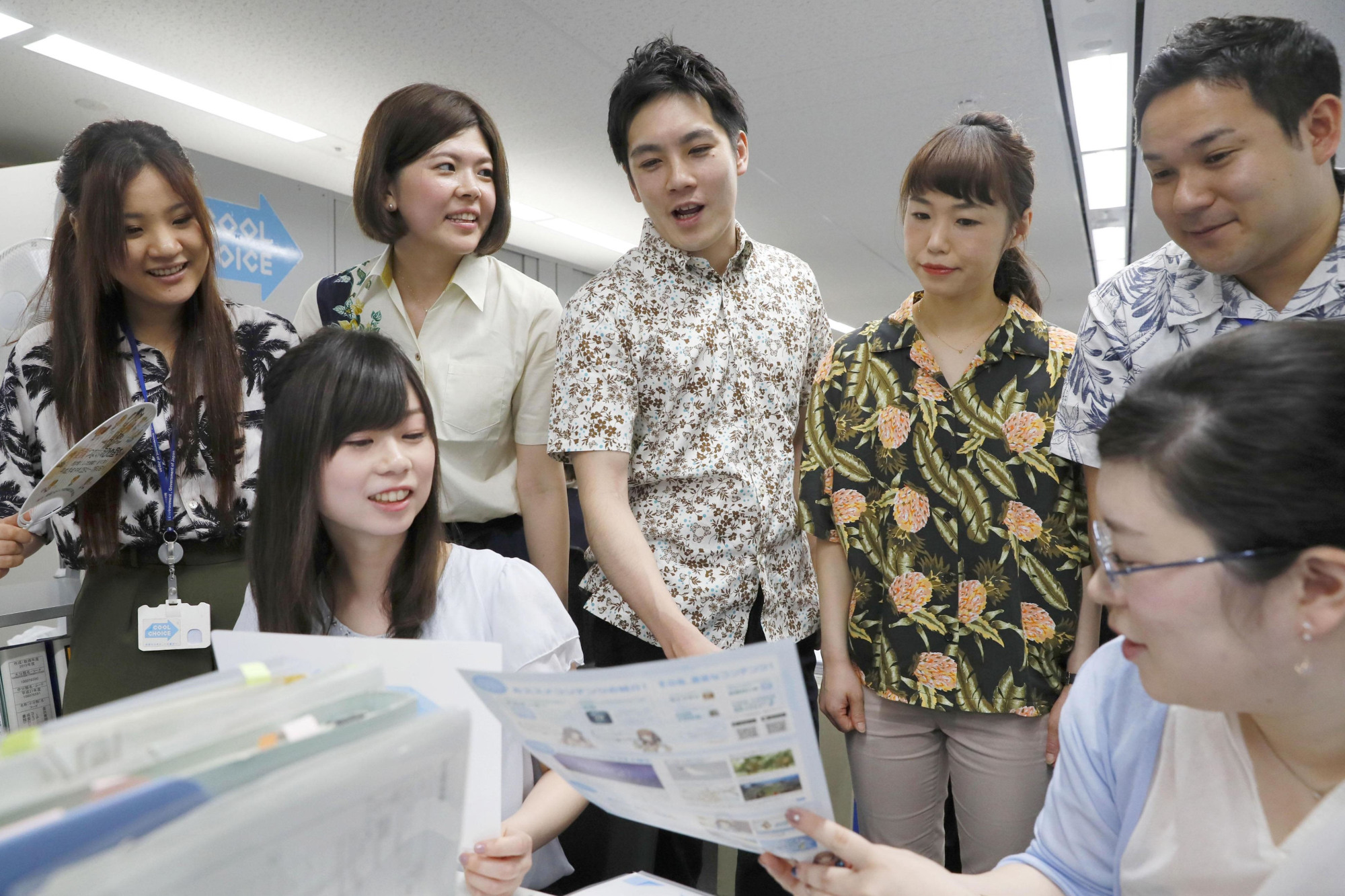 In Japan, for example, an initiative called “Cool Biz,” launched by then-Environment Minister and now-Tokyo governor Yuriko Koike, combined a call to increase thermostats to 82 degrees during the summer with an appeal to loosen office dress codes, allowing workers to remove their ties and jackets and wear cooler clothing. The Japanese government reported that within the first five years of the program, emissions decreased by 7.92 million tons.

These limited changes need to be backed by radical overhauls of urban design. For example, modern architecture is focused on building concrete, glass-covered boxes. This may be great for efficiently packing lots of workers in a single place, but not for keeping indoor and outdoor environments cool. We need buildings that allow for natural temperature control through features such as rooftop gardens, which can help cool a building better than traditional roofing materials. This should not be left solely to market forces. Governments need to step in and ensure that artificial cooling is properly priced, through taxation, strict regulations and subsidies for alternative methods.

We also need more green space to replace surfaces made of concrete and asphalt, building materials that absorb heat during the day and radiate them at night, thus raising both day and night time temperatures. Reclaiming these heat-generating surfaces will require radical changes, such as getting rid of car parks and mandatory requirements about the types of materials used for roof tops — both residential and otherwise. A more radical idea is to create a botanical city: an urban environment that integrates city life with natural wilderness. A city like Kuala Lumpur is a prime candidate to be the world’s first given that it is surrounded by forests.

At a time when extreme heatwaves become annual occurrences, we also need to ask whether large-scale urbanization in the tropics is something we can continue to pursue without limits. The evidence to date is that few mega-cities in developing countries are able to adequately cope with the numerous stresses on the city, including rising urban temperatures due to the influx of people. As a result, quality of life is poor for the majority. Part of the answer lies in stemming rural to urban migration flows by investing in tertiary cities and rural areas, which can be designed to be a lot less energy-intensive.

Last summer was an extreme one, with record-breaking heatwaves in Asia, Europe and North America. It should serve as a wake-up call. If we don’t address the rising usage of cooling systems, our planet may heat up to the point where even our air conditioners could fail us.