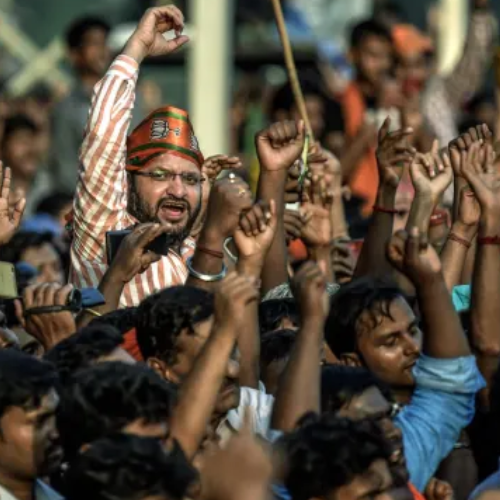 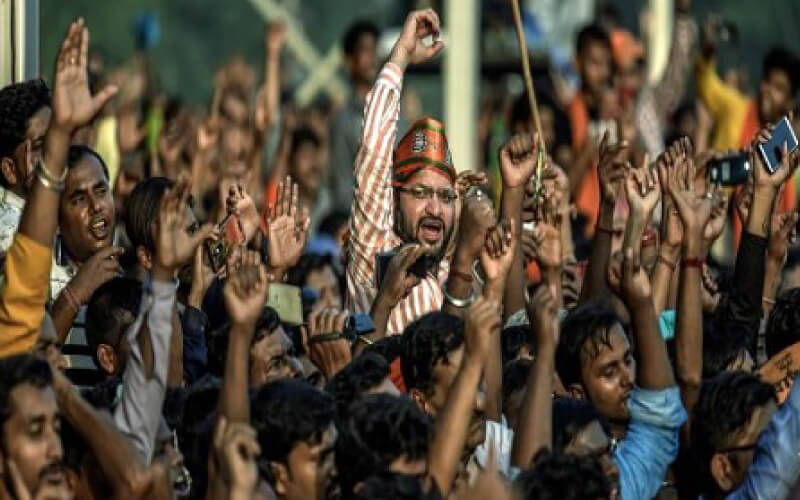 On April 11, Indians will start a seven-week-long election to determine who will sit in the Lok Sabha and who will be their next prime minister. More than 900m Indians will head to the polls in the hope that participating in their democracy will lead to concrete improvements in their lives, whether they put their faith in the BJP and current prime minister Narendra Modi or in Congress and Rahul Gandhi.

But for many Indians, past elections have not led to long-term improvement. Many voters have heard promises of change from politicians offering short-term benefits in exchange for votes. But after these gifts have been handed out, the long-term challenges remain: rural poverty, poor infrastructure, widespread pollution, lack of basic sanitation, housing shortages, women’s safety — and so on.

In fact, a growing population, climate change and resource scarcity threaten to make some problems worse. Extended droughts in northern India make it harder for farmers to grow their crops.

Both political parties would (or should) agree that these economic and resource issues are fundamental problems that deprive people of their basic rights. Yet, despite this consensus, it is not clear that India’s democracy, with all of its messiness, is able to tackle them. Instead, India’s public discourse is flooded with debate about issues that are far less important to the lives of hundreds of millions of ordinary Indians, such as shooting down satellites or digital connectivity.

For example, both major parties have acknowledged that India’s rivers are contaminated with industrial and human waste. Mr Modi even made cleaning the Ganges part of his original electoral platform. Yet the agreement to do something has not led to a workable solution.

India’s population, soon to be 1.5bn people and the world’s largest, deserves a strong and effective government able to push back against vested interests. Right now, even when the Indian state has the will to take action to support basic needs, it does not have the capacity or the tools needed for strong action.

Those who seek to defend India’s record point to its democratic nature, either to explain the difficulty of change, or to note it as a benefit in itself. Be that as it may, the experience of China right next door should cause some sobering thought. While there is still much to be done, China has leapt far ahead of India when it comes to meeting basic needs.

Take the example of toilets. China has invested heavily in providing acceptable toilets to rural households. In 1993, only 7.5 per cent of rural households had an “acceptable” toilet, with most households using a pit latrine. By 2016, the number with facilities had risen to 80 per cent. Beijing launched a “toilet revolution” in 2015 to improve the provision of public toilets (which were ridiculed by locals and visitors for their poor quality). In contrast, India still struggles to provide good sanitation in rural areas. Government programmes to build toilets for rural households have not changed behaviour on the ground: the structural reasons are not being targeted.

It is true that China’s model of development has created problems, especially concerning environmental degradation. But it is also true that Beijing has recognised these issues and is investing in ways to alleviate and repair the damage. Actions such as growing a greenbelt around Beijing to help prevent desertification, restoring water quality in major Chinese lakes, and heavy investment in the solar industry are all examples of how the Chinese government intervenes in the economy in support of sustainability objectives.

Again, one could compare the performances of China and India. Greenpeace recently released a ranking of global cities with the worst air pollution. Fifteen Indian cities are among the top 20 most polluted, including the world’s worst in Gurugram. Only two Chinese cities make the top 20.

China’s model hints at what will be needed in our resource-constrained future, especially for larger developing nations: a strong and effective state able to intervene in the economy to support basic needs, constrain negative overconsumption and protect resources. If the world’s large developing nations — of which India will soon be the largest — are going to achieve sustainability and development at the same time, they cannot rely on the governance models of the past. Neither private enterprise nor civil society can pick up the slack from a weak and ineffectual government.

Some find it difficult to separate strong state management of the economy from authoritarianism. But strong states are not incompatible with democracy. India itself provides an example in the southern state of Kerala, where early direct investment in education and healthcare has led to higher rates of literacy and longer life expectancy. Kerala’s development statistics approach those of countries like the UAE and Malaysia, despite those countries having larger and “more developed” economies.

But success in just one of India’s federal states will not be enough to solve problems at the national level.

India should rightly be proud of its democracy: countries with far smaller and far less diverse populations have not been able to sustain decades of electoral politics. But this may be of little comfort to millions of ordinary Indians who desperately want to be freed from daily drudgery and who will soon see even their low quality of life threatened by climate change and scarcity of resources.

Whoever wins India’s elections must give the Indian state the capacity to take strong action. Without this, India is very unlikely to be able to lift its population out of poverty.