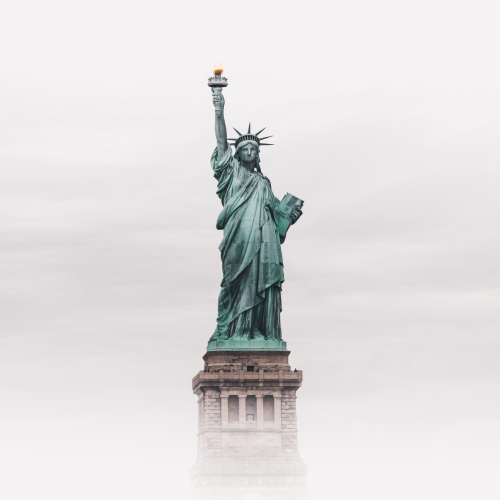 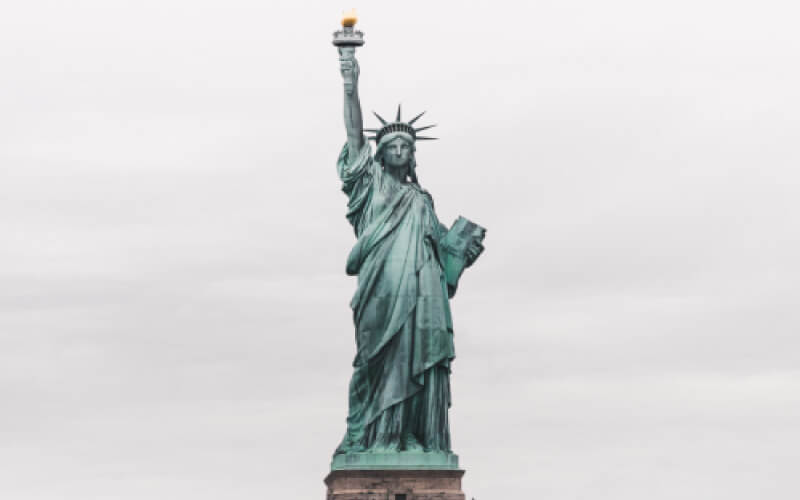 Even by the strange standards we’ve all gotten used to, the last few months of president Donald Trump’s tweets have been especially jarring.

He postponed a trip to Denmark after Copenhagen refused to take his proposal to buy Greenland seriously.

And he made false statements about the trajectory of Hurricane Dorian.

Maybe we should be used to it by now, but markets have still reacted with panic to each new tariff and decree from the Oval Office. When the Financial Times published an article on how the president’s tirades have alarmed investors, I responded with a letter saying that the true cause for alarm here is how deeply this reaffirms that we live in a world dominated by irrational investors.

How long will financial markets be held hostage by the leader of a single country, who, let’s not forget, seriously entertains the prospect of purchasing another country?

The world needs to start ignoring American exceptionalism, and that begins by ignoring the president.

Make no mistake: Trump is a huge, destructive, unpredictable problem. But even more problematic is the system that has allowed him to wield such uncontested power, and the fact that he is perpetuating a legacy that brought us such destructive phenomena as McCarthyism, the Great Depression, the Cold War, the decimation of Iraq and Afghanistan (and now Yemen and Libya), the housing crisis and the 2008 recession … the list goes on. From where we stand now, things aren’t looking great for the US economy, and we have an abundance of real-life case studies to tell us how that could turn out.

Trump Did Not Invent American Exceptionalism

This craziness is as much about the president as it is about the investors and global leaders who allow themselves to be rattled and bullied.

Does ignoring the US president sound naive? I don’t really think so. Trump has already played the trade war card, which may well cause a global recession, as the tussle with China is not turning out to be the quick win the president promised his voters. As China refuses to buckle, the president is turning on Europe, calling the continent “worse than China” ahead of the G7 meeting in France. At the G7 itself, French president Emmanuel Macron worked hard to appease Trump and even eschewed the tradition of a joint declaration. Given the unpredictable, America-first attitude of Trump and his advisors, Macron isn’t like to accomplish much with that differential approach.

How much appeasement and groveling will it take before the world wakes up to the deep harm being done—to all of us?

First, investors and large companies should not react to tweets by the president, whose injunctions change from day to day, and are typically not rooted in analysis. The president can use his pulpit to lecture CEOs, but they should know when to call his bluff: The American president doesn’t dictate how to run businesses—and definitely not via Twitter. 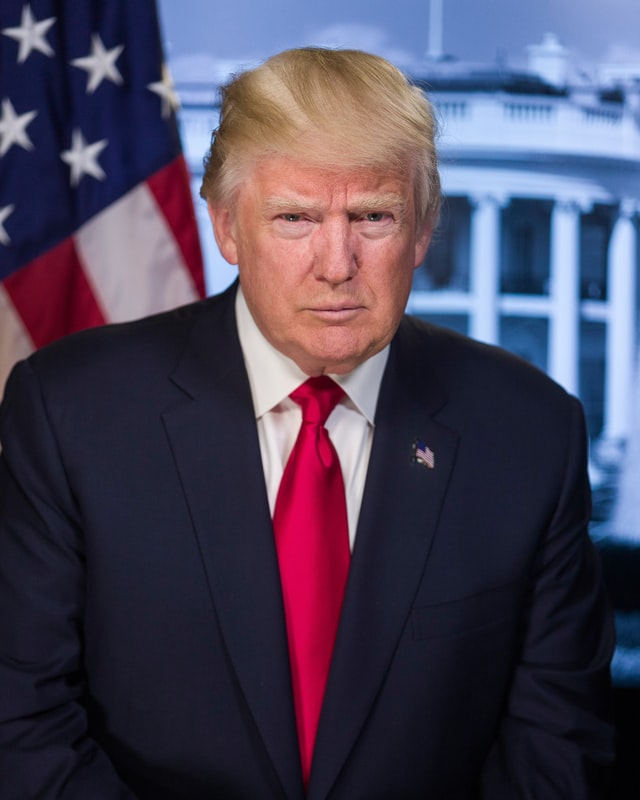 I would expect American CEOs would know this, and that they’re more or less well-versed on the nuances when it comes to corporations’ duty to presidential statements. But the response seems to confirm that that they don’t want to criticize an insider like Trump, or have their patriotism questioned, which would threaten the notion of American exceptionalism.

If CEOs and business leaders ignored the president, they would do themselves and everyone else involved in the market a huge favor. Business leaders and investors need to take away the president’s joy of rattling everyone with a tweet, and restore their own credibility in the process. The president’s power comes from being listened to. Stop that, and his power dissipates.

I would expect American CEOs would know this, and that they’re more or less well-versed on the nuances when it comes to corporations’ duty to presidential statements. But the response seems to confirm that that they don’t want to criticize an insider like Trump, or have their patriotism questioned, which would threaten the notion of American exceptionalism.

If CEOs and business leaders ignored the president, they would do themselves and everyone else involved in the market a huge favor. Business leaders and investors need to take away the president’s joy of rattling everyone with a tweet, and restore their own credibility in the process. The president’s power comes from being listened to. Stop that, and his power dissipates.

Your response may be that, like it or not, the president of the United States is an important figure—arguably the most powerful person in the world—and thus investors should take his comments into account when making decisions, regardless of how ridiculous or damaging they are.

But if this is truly the case, then we come to another problem: Why is the world economic system so reliant on one person, who effectively drowns out the voices of other presidents, prime ministers, and policy leaders?

By extension, why is the world so reliant on one country as an example of a rational, just, and economically-sound voice?

As outrageous as Trump’s rants and tantrums are, he merely reflects a mindset of American exceptionalism that has plagued the world for years and years.

Calling out—or, as I propose, freezing out—Trump may be our best hope for resisting a defunct administration that allowed him to take the helm in the first place.

If Trump’s economic bullying fails this time, what’s next in the tool box for the American president and his band of advisors?

The administration may threaten force. But while he excuses the aggression of others, exerts maximum economic pressure at will, and thunders on about “ fire and fury,” for whatever reason—political, ideological, who knows—Trump so far seems unwilling to actually use force. This is a good thing, for the US and for the world.

Iran and North Korea recognize this. In the current debate over Iran in particular, the Trump administration implies that the US is gearing up for military action, and has tacitly accepted the Saudi Arabian claim that Iran is to blame.

The world waits with bated breath to see what happens next.

After all, we’ve been here before. Who can forget the mayhem unleashed in Iraq and the huge cost of an unnecessary war?

This might explain why Trump seems wary of actually taking that step toward war, perhaps also tied to his campaign promise of avoiding foreign military confrontations. Iran appears to have recognized this when Iranian president Hassan Rouhani refused to be pressured into meeting with the US at the United Nations General Assembly held this week.

Going forward, leaders in Europe and Asia need to stand firm and oppose any possible use of force by the US. This will demand a lot of the Europeans who have emboldened the United States. Old doctrines need to be ditched and Europe, together with the rising powers of Asia, must get involved in peace building and creating new institutions that are not dependent on US involvement, funding, or even its blessing.

The Case For Global Ghosting

This involves more than just ghosting Trump on social media platforms, of course. It will require a complete redesign of current agreements, as the current ones have not only failed but have entrenched the US in regions where its exceptionalism has completely undermined the motives that drove these structures decades ago.

We need to start again. As a global community, our common objective should be to democratize—globally—how foreign policy is practiced, with checks and balances rather than tinkering with the status quo, which gives the US the last say not matter how you slice it.

Some countries, such as Germany, are already beginning to send signals that they are not going to be allies at any cost. South Korea is quietly moving away from being treated like a subservient state. Others, including small nations like Singapore, are carefully carving a middle path.

The starting point is accepting that we can no longer resign ourselves to theories about the US as a benevolent peace-keeper, at this point more than half a century old and completely unsuited to the world of today.

And this should be done sooner rather than later: These issues will remain long after Trump leaves office. It would also be the start of remaking the world—and making the US—understand it has to enter the 21st century as equal partners with other nations such as China, Russia, India, and not resort to bullying.

The last few years have hopefully awoken the world to the reality that relying on a US that will only get more chaotic and unpredictable does not make for a safer world. It makes for the exact opposite.