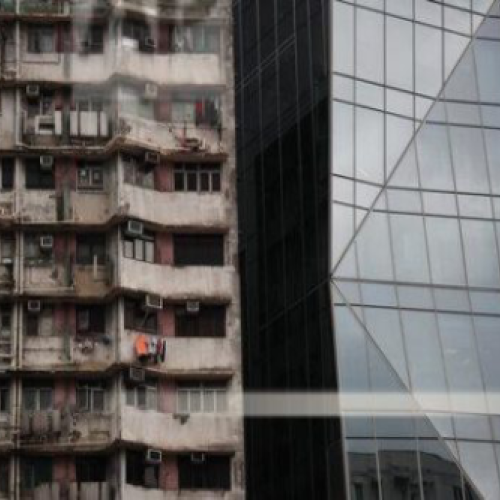 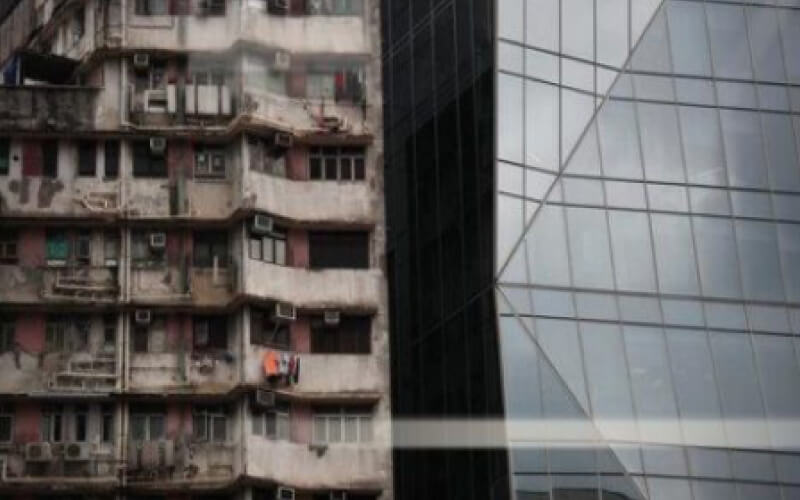 Outside observers are normally hyper-aware about references to Hong Kong in Chinese state media, but one particular reference went largely unnoticed last week. It did, however, make a splash in Hong Kong: People’s Daily and Xinhua singled out unaffordable housing as a “root cause” behind the protest and called on the city’s largest property developers to release their land holdings in order to construct more housing, thus reducing the high cost of accommodation — a huge issue for average citizens and quality of life in the city.

It was perhaps the first time that Chinese state media had referenced problems in Hong Kong’s socio-economic model — and perhaps the first time they’d criticized big business in general, which is often considered part of the “pro-China camp.” Ironically, despite the fact that many in Hong Kong see Beijing as a threat to their freedoms, China could actually help reduce inequality in one of the world’s richest cities.

A few short days after the articles critical of Hong Kong’s unaffordable housing appeared in Chinese media, a major Hong Kong developer announced it would donate nearly 20 percent of the farmland it owns to Hong Kong’s government and to charity in an effort to help alleviate the high cost of living in the city. Construction of hundreds of homes is expected to be completed by 2022. “We are very concerned about the housing problem in society,” a company official said at a press conference. “We hope this can relieve the housing problem [where] about 10,000 people can benefit.”

There is an odd debate happening in Hong Kong over what the protests are about: some claim it is only about livelihood concerns, the cost of housing prime among them, and many citizens’ absence of hope. Others fervently deny economic issues are a cause, instead arguing that the protests are solely about democracy and that offers of affordable housing are not going to quell the protests.

The true answer, of course, is that it’s both economic and political. Hong Kong people really are struggling under difficult economic conditions. And the rise of China — the neighboring city of Shenzhen surpassed Hong Kong’s GDP growth rate last year — has created deep resentment and fear. Housing is extremely expensive, poverty remains stubbornly high and social mobility has decreased partly due to the transformation of the economy. The Hong Kong business model is broken due to the failure of an unbridled and unrestrained form of extreme capitalism built around the twin pillars of property and finance, which in turn have usurped the state. These need taming and China, through both its media and informal channels, has reminded the elites of Hong Kong of the need to embark on this journey now.

Many activists aren’t digging deeper into why people — and not just those out on the street — are calling for democracy. It’s not a desire for democracy in and of itself, but rather a belief that democracy will serve as a mechanism to strengthen the government and help it counter the vested interests hindering needed reforms. Evidence from around the world suggests that this is not a given, that more democracy may not achieve that goal. But such is the faith in democracy among a segment of the population that a rational discussion about its limits, and whether it can address core socio-economic challenges, is not even being entertained — perhaps not even well understood.

At the same time, business leaders both in Hong Kong and overseas (the Business Roundtable, for example) are talking about a new approach to business that prioritizes stakeholder interests over pure shareholder value. They argue that a more socially conscious attitude among businesses will help cities like Hong Kong. This would be nice, but it is naïve, based on a misunderstanding of the nature of a corporation. It also conflates attempts to be more responsible — not an easy ask anywhere — with the need for a complete overhaul of existing business models. What business is going to sign up for that?

The core of the matter is that the Hong Kong government has not embraced its primary responsibility to provide basic needs and protect public goods. For example: how can it fully tackle the housing crisis when land sales constitute 93 percent of the government’s capital revenue and stamp duties make up 21 percent of operating revenues? This approach was not something that was cooked up after the handover to China in 1997, it was how the Hong Kong economy worked to serve the interests of the colonial government. The existing political structure — highly dysfunctional, and also designed by the colonial government — similarly aligns closely with elite and vested interests.

The comparison to Singapore has been made many times over the past few months, so it’s not worth repeating in detail here. But in short: the Singaporean government provides support for people’s basic needs. Housing is the go-to example, but it’s not the only one. For example, the Singaporean government controls the cost of healthcare, which allows a market-driven insurance system to work without sending people into medical bankruptcy.

Singapore faces many of the same external challenges as Hong Kong: a worsening trade environment, growing income inequality and perverse effects from financialization and globalization. But the approach of its government has helped it weather these storms better than others.

And “others” is not just Hong Kong. Many advanced economies have had their political systems upended by populist movements, whether it’s France’s gilets jaunes, America’s Donald Trump, Brexit or Europe’s anti-immigrant populists. And Singapore is not the only country to have weathered these storms relatively unharmed: Germany and Japan have (for now) made it through the past decade with their political systems largely intact.

What connects these countries is that their governments are doing the work to protect and support their populations. They work to constrain the dangerous elements of unrestrained capitalism and globalization, and in turn are more resilient in this more populist era.

But Hong Kong can reset as members of the establishment, both in business and government, now accept that radical changes are needed (which is more than you can say about the United Kingdom or the United States at this point). But those changes need to get at the core of the problem: an economic and political system that is too easily captured by elite and vested interests and ignores the majority of stakeholders.