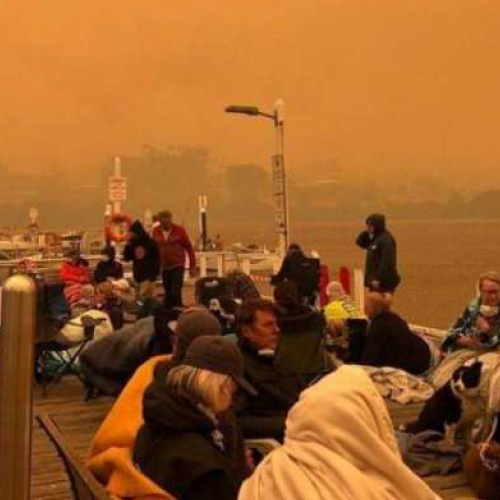 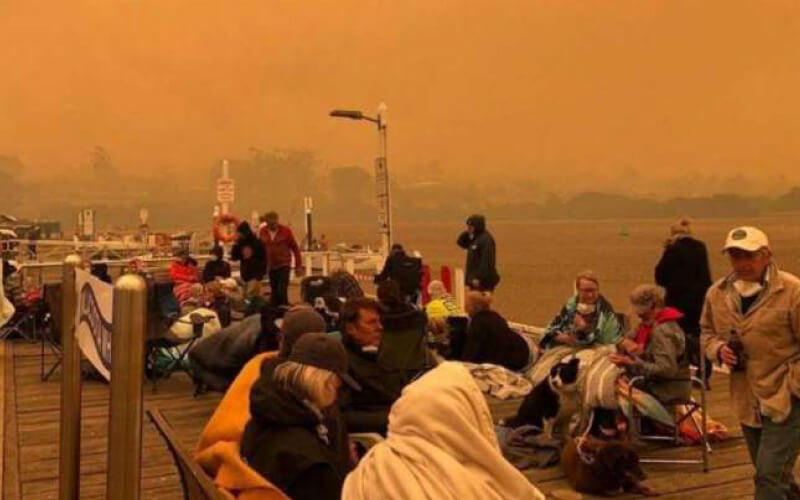 The breakdown of the UN Climate Change Conference, COP25, in December should not surprise. Years of attempts to carve out international agreements that obscure the ugly realities of the global economy’s workings as well as development conflicts between rich and poor nations are destined to fail. Thus, even on climate change, political and business leaders do agree on one sentiment: The economy is paramount, and that means the world proceeds with business as usual.

More encouraging, discussions have started about the need to curb global consumption, even if participants balk at pursuing the logical policy conclusions. More leaders grapple with the true scale of the crisis, beginning the difficult task of searching for solutions to confront this existential threat.

Other business and political leaders remain trapped in the past when it comes to understanding how societies must organize for the future. The breakdown of the UN talks provides stinging evidence that behind the facile statements about need for change is a deep inability to change. Feel-good slogans about greening polices that tinker at the margins of issues are simply not enough and create false hopes. Only full redesign of our growth-obsessed, resource-exploiting and wasteful economic model can resolve this human-created threat.

Our economic model is at war with the biosphere and human survival. Yet we have demonstrated inability to tame economic growth. The truth is that a free ride on negative externalities is at the heart of the economics of profitability. Two contemporary examples include ever-expanding food delivery services and smart phones. The first is a global business model that thrives on underpricing of carbon, food production, plastics and labor throughout its supposed “value chain.” With the second, tech companies obsessed with stock prices have built business models premised on planned obsolescence, seducing consumers with the next versions of gadgets. Carbon is the tip of the iceberg. These devices also rely on a host of raw materials, many sourced from poor countries and underpriced.

Given this backdrop, leaders offer few ideas on a complete overhaul for creating and defining prosperity that does not depend on perpetual war and ravaging of the planet. This century’s biggest challenges require mitigating the worst impacts of climate change and redesigning the global economic model to protect natural resources to ensure human survival. That requires debunking many myths around economic growth, enacting tough polices that eliminate the free ride and reframing the goal of “human progress.” Unless we reach such breakthrough “innovation” and stop denying root causes of the existential threat, there is little chance of finding common ground for international collaboration.

After all, COP25 started with a firm pronouncement from UN Secretary-General António Guterres that the world is at the “point of no return” in the fight against climate change – echoing many international groups and noting the chasm between where the world needs to be on climate change and wider issues of sustainability. At first glance, the message seemed to be breaking through. More institutions and businesses appear to understand the need for change. The Business Roundtable, made up of the CEOs of some of the world’s largest companies, signed a statement in 2019 affirming that maximizing shareholder value will no longer be a top priority. Both The Economist and the Financial Times have called for reassessment of the government’s role in managing the economy, with the FT explicitly proposing a “reset” of capitalism.

“Reset” is the wrong term, suggesting that current structures for business, economies and societies remain the best while failing to acknowledge the war underway. The term suggests that leaders, informed and more ethical, could be better managers of the capitalist system. Such a characterization deflects focus from root causes.

Promoting resets and greater awareness is intellectually dishonest, spotlighting the collective global denial. Accurate scientific data and economic projections on the effects of carbon, resource constraints and ecosystem damage have been around for decades, along with related concerns around globalization, inequality and consumerism. Still, most leaders and policymakers choose to ignore the data, construct elaborate public relations exercises that masquerade as strategies or feel incapable of making change. Radical change is not in their job description. And too many publications have fallen victim to the charm of corporate hubris when it comes to questions about sustainability and the need to reshape capitalism.

So long as growth-at-all-costs is the imperative, today’s leaders will continue to act in ways that preserve their jobs and disproportionate financial incentives. The challenge is to redesign our economic system and reward its captains for confronting this existential threat. It requires puncturing the myths at the core of our economic system and confronting unruly facts. One such fact: Billions of Africans and Asians cannot aspire to have Western levels of consumption or lifestyles. That would be catastrophic for the world and dramatically reduce any chance of the world meeting climate change and resource constraint challenges.

COP25 and other forums must address this issue head-on, not simply issue dire warnings or work towards non-enforceable international agreements about financing climate mitigation. In a nutshell, redesign must prioritize meeting basic needs through moderate prosperity, with economic activity subservient to resource management and collective welfare.

Calls for a “reset” are too timid – widening the scope of responsibilities for business leaders and assuming a new enlightenment – while allowing government leaders to abdicate their primary responsibilities. Instead, government must tackle what today’s businesses thrive on: relentless promotion of underpriced consumption that strangles the planet. Refusing to challenge this model is perhaps the greatest act of intellectual dishonesty.

The trials and tribulations of COP25 show the limits of a “reset.” The summit’s first host, Brazil, pulled out due to the Bolsonaro administration’s support for industrial agriculture and ranching – sectors that, despite international outcry over the burning Amazon, sustain unsustainable diets in North America, Europe and increasingly China. COP25’s next host, Chile, withdrew after weeks of protests against increased living costs and inequality. Santiago’s protests are similar to protests around the world, including those in France, Lebanon, Iraq, Indonesia and Hong Kong, sparked – at least in part – by popular frustration with unequal societies, oligarchy and falling social mobility.

Capitalism needs a complete redesign: a ground-up transformation of how businesses serve society, going far beyond spurring consumption by convincing people to buy goods they don’t need with money they don’t have. Mandates are required for businesses to value sustainability, resource conservation and social stability more than shareholder value or short-term profits. If they fail, licenses to operate must be revoked.

This might sound revolutionary, but the alternative is gambling with faster large-scale destruction. Governments must take responsibility for social welfare and basic needs, and cannot assume that all will work out for the best with free markets and pursuit of growth agendas based on trickle-down economics. This requires reversing the economic trends of the last 50 years and the proliferation of winner-take-all approaches resulting in the state falling captive to strong vested interests. Governments must prepare for a sustainable future, or expect people who lack access to what they see as “basic rights to life” to rebel.

Policymakers and business leaders must launch redesign if we are to survive the age of the humans.