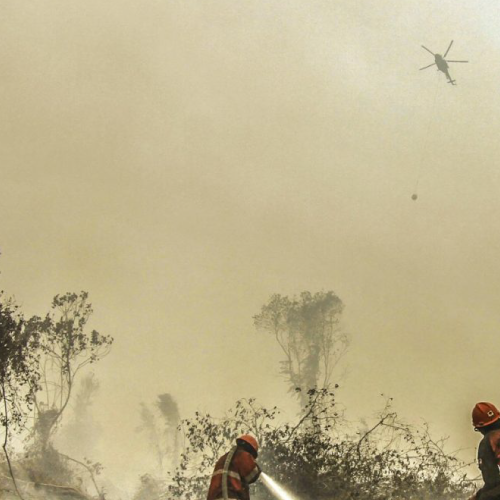 Why do Western environmental crises get more media attention than Asian ones? 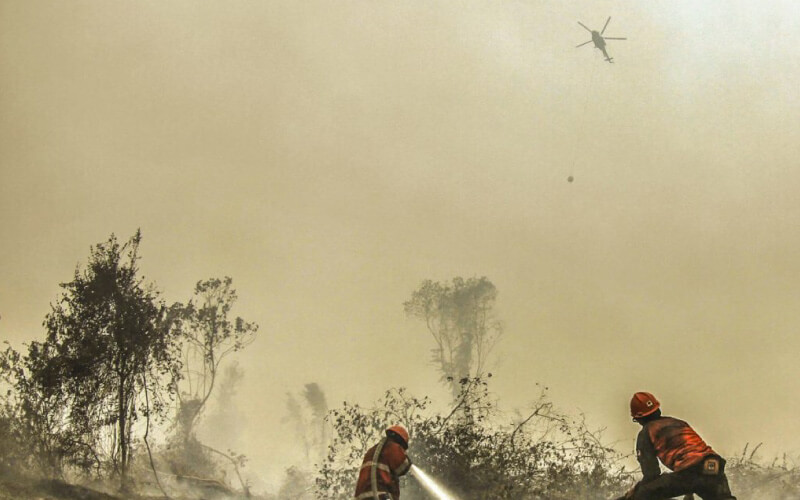 Massive fires threaten people’s homes across a vast region. Smoke drastically reduces air quality, even in cities hundreds of miles away, affecting millions. Old growth and unique biodiversity are threatened as wide-ranging flora and fauna lose their habitats to the flames. Carbon dioxide emissions exceed the annual outputs from some large industrial nations.

These sentences could describe the Australian bush fires that dominated global headlines over December and January, but they could also describe an earlier natural crisis: the forest fires that raged on the islands of Borneo and Sumatra from February to September last year. This annual occurrence, sparked by a combination of climate change and man-made interventions in natural systems to create industrial-scale plantations, routinely blankets major cities like Jakarta, Kuala Lumpur and Singapore in choking haze and afflicts hundreds of thousands with severe respiratory issues. Borneo’s rainforests are some of the world’s oldest, thus the fires threaten much of the world’s biological heritage. They even threaten “cute” megafauna: the orangutan.

Though there is an ongoing debate within the medical and scientific communities, studies have shown that perfectly clean environments can prevent people from being exposed to beneficial microbes and bacteria, as well as deprive our immune systems of valuable training that would help reduce the seriousness of infections.

But despite the significant repercussions, the fires in Southeast Asia did not feature in the media anywhere near as prominently as the fires in Australia despite affecting many more people.

The only reason that makes sense is that environmental crises get consistent mainstream coverage if they affect a Western population, as they did in Australia, or are adopted by Westerners as a cause. The opportunity for Western celebrities to burnish their green credentials attracts even more attention. A secondary motivation is whether the crisis could be used to serve a broader ideological argument of the West: see the strong language against Brazil and its “populist” president’s refusal to combat fires in the Amazon.

Southeast Asia’s fires, which neither affected a Western population nor served a broader political narrative, were thus ignored. Not sexy enough.

This reveals a broader problem: that the climate change conversation is still driven by and understood through a Western economic, political and intellectual framework. I was at the World Economic Forum at Davos earlier this year, which was supposedly focused on the fight against climate change. Many attendees understood, perhaps even sincerely, that global action was needed. But much of the conversation is still driven by Western activists, NGOs, thought leaders, policymakers and business leaders, many scrambling to take a moral position on the issue and gain media attention. Bold statements and declarations with little thought given to implementation possibilities in the developing world – for example, zero loss of nature from 2020 – were made by people who seemed to know some of these places only as tourist destinations or locations in disaster documentaries.

This inevitably leads to a Western-centric view of climate change that distorts arguments about policy and politics. For example: Australia’s fires have sparked arguments from several commentators that the country is “ground zero” for the climate crisis, and so must tackle its own emissions if it is to protect itself from future fires. The truth is far more complicated.

This argument that connects reducing Australia’s carbon emissions with the intensity of the bush fires is not wrong per se, but it is overly simplistic. A more sustainable Australia would require deep changes to lifestyles, communities, the economy and its political system – and would need to be matched by other changes throughout the rest of the world.

This is a tougher conversation. For example, would Australians be willing to accept stricter controls on where they can build homes or farm (with limits on size) so as to avoid creating more at-risk communities as these intrusions into natural systems eventually create? Australia’s First Nations people know all about this.

Current evidence suggests this would be difficult. California, whose communities are struggling with both forest fires and coastal erosion, has tried to encourage a “managed retreat” but has seen little success, given the entrenched American belief in the merits of an unbridled free market and that money buys unfettered freedoms. Californian urban expansion continues to spread into increasingly risky and resource-strained territory.

But there are still some tough conversations to be had even if we stay in the realm of carbon emissions. For example: cutting out Australia’s use of coal, as some have suggested in the wake of the fires, may help to reduce the country’s domestic emissions, which would be a responsible move. It would however not have much impact, if any, in reversing the chain of events that will continue to trigger bush fires, unless more dramatic action about land use is also put in place. But even more importantly, would Australia reduce its exports of coal globally and take responsibility in the true sense? That would be the true test of whether the fires have brought about real change.

Australia is not the only one facing this question. Canada prides itself on taking the threat of climate change seriously, but the very same government promotes the exploitation of its tar sands and the construction of new pipelines to export this dirty oil globally. As Bill McKibben writes in The Guardian, referring to Prime Minister Justin Trudeau: “If you can’t bring yourself to stop a brand-new tar sands mine, then you’re not a climate leader.”

Tying the fires directly to climate action may seem like a useful political tool to pressure Australian politicians to start taking climate change seriously. Many have used it to burnish their green credentials yet not asked the inconvenient questions posed above. And this approach may backfire.

The uncomfortable truth is that, while there is a connection between Australia’s emissions and fire intensity, it is not direct. Australia’s emissions (including via its coal exports) will have a far greater impact on other places, especially on poorer populations that lack the resources to properly adapt to a changing climate. But because the climate conversation is driven by Western players, these impacts are often conveniently out-of-sight and out-of-mind.

It also hinges the climate conversation on something as variable as the weather. To return to Southeast Asia’s haze: after bad seasons in 2015 and 2016, the region had a respite for a few years. In part, the Asean (Association of Southeast Asian Nations) region had implemented better procedures to both manage the fires and punish wrongdoing. But, in the end, last year’s fires were still a global crisis that went unnoticed in the West.

Climate change is solved globally but the toughest actions will need to be local. There are complex issues at play. Yes, Australia should reduce coal exports but would that then be viewed as depriving poorer countries of cheap and readily available coal to meet their development goals? At the same time, is access to “cheap” Australian coal a barrier to the introduction of renewables in some of these countries? The answers to the issues lie in local decisions and they vary depending on the political economy. Thus actions in Australia are critical to reduce climate impacts in the developing world … and actions in the developing world are needed to reduce climate impacts in the advanced world.

This means more attention needs to be paid to what’s going on in Asia, Africa and other places. And the best way to achieve this is inviting and highlighting more informed and knowledgeable voices from those places rather than having them as a backdrop for diversity reasons or as examples of victims for the globally inclusive photo-op. This will lead to a better understanding of climate action that’s conscious of realities in the developing world.

Tackling climate change – both reducing its severity and mitigating its effects – is going to require political actions and policy changes that don’t sit well with the Western experience and narrative about capitalism, consumerism, resource exploitation as well as current definitions of individual freedoms and rights. That requires a truly global conversation, one that is not dominated by the usual suspects from the West trapped in their ideological echo-chambers.