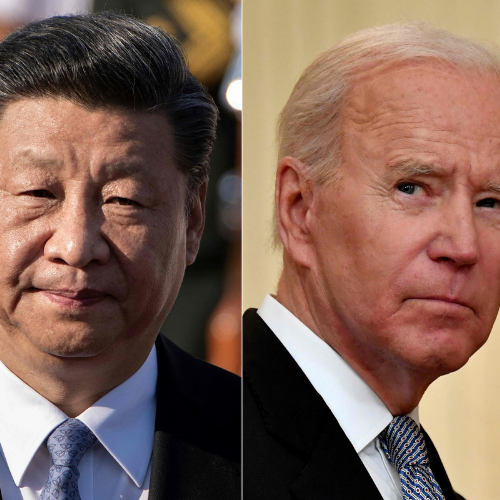 Why weaponising democracy against China will backfire on the US 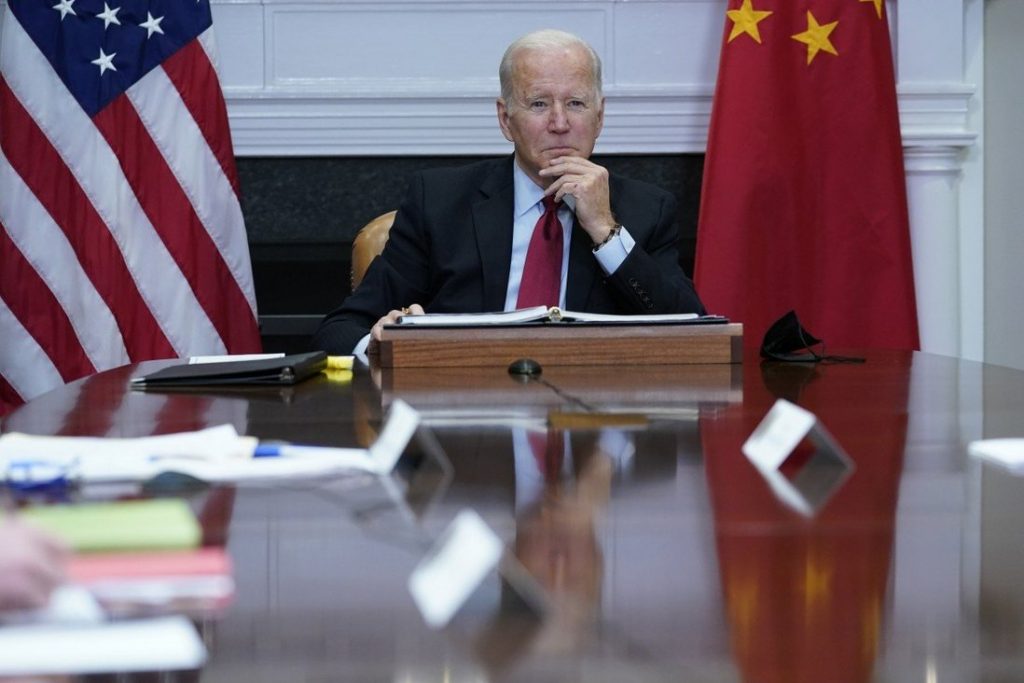 Unknown to most people, the United States has embarked on an exercise to divide the world into two blocks – “democracies” and “authoritarian” states.

What’s more, the US defines “authoritarian” as any country that refuses to follow the prescriptions of the West with regard to the political system it adopts.

Yet the United Nations Charter, signed in 1945, did not mention the word democracy – because it is each nation’s sovereign right to pursue its own political system. And a nation’s choice is legitimised solely by its people.

America’s divisive exercise – the Summit for Democracy, to be held on December 9, 2021, in Washington – goes against the principles of the United Nations Charter.

Of the 101 countries invited, 28 per cent are categorised as “partly free”, while 3 per cent are considered “not free”. There is no “alternative political system” category. Thirty-nine European countries were invited, but only 17 African countries, four from South and Central Asia, and two from the Middle East. Notably, China is absent, and as a main theme of the summit is “Defending against authoritarianism” – this is thinly veiled belligerence on an international scale.

This means that of the 193 countries in the world, the US believes 92 are undeserving of its definition of international recognition and are essentially pariah states. That is almost half the world. But the world possesses a diversity of political systems that we must all learn to accept and work with to make multilateral cooperation more effective. Dividing the world into two camps is limiting, regressive, and a reflection of a Cold War mentality that is counter-productive.

Ultimately, this summit is yet another American attempt to curtail the rise of China and demonise it: post-summit, it is likely that countries will be expected to take action “in support of democracy”. Given the proximity of the Beijing Winter Olympics to the summit, we can expect to hear threats of boycotts and read scathing statements from Western politicians and commentators on China – some are already calling it the “Genocide Olympics”. This is part of a wider strategy to impose a pax Americana world order by weaponising the noble notion of democracy, bolstering Washington’s declining stature and hegemonic global influence.

This approach is not new. It is the age-old “with us or against us” strategy, and delivers all the consequences that a hegemon can inflict upon non-compliant states, including sanctions on the weak and the poor. Yet the more the West attempts to convince the world that China is the threat, the more it isolates itself in its own echo-chamber of Cold War-esque narratives.

The strategy, which is guaranteed to fail, raises three questions:

In answer to the first question, decades of Western hypocrisy have undermined trust in its assessments of China. Decades of double standards have eroded the credibility of the West, from repeated invasions of Asian and Middle Eastern nations to exploitative behaviour across the world. So why doesn’t the world view China as the villain despite the best efforts of the West to vilify it?

First, many non-Western nations were colonies of, or exploited by the West (and continue to be). They recognise the West is driven by the desire to maintain its economic superiority, which has come from centuries of imperial power. This is why non-Western countries have to be legitimised as “civilised and democratic” by Western gatekeepers if they are to be offered the opportunity to live peacefully and prosperously, without sanctions, trade wars, and real wars.

Second, many post-colonial nations have suffered from the neoliberal prescriptions of the West and seen how it has used the “spread” of democracy to deny them their own sovereign rights. They have seen how the West selectively uses human rights arguments to undermine the legitimate actions of other nations, while turning a blind eye to blatant human rights violations by Western-aligned states.

Third, non-Western countries may have qualms about the Chinese governance model and aspects of its foreign policy, but they also respect China’s successes. They are not fooled by biased Western reporting: they look at the facts, see the results, and visit China to understand it.

They see a government that has worked for the people and produced results. These non-Western nations want to produce the same results for their people, rather than adhering to more of the misleading and condescending Western rhetoric about democracy as a utopian fast-track.

Lastly, China has been ramping up its investment and relationship-building across the world – such as through the Belt and Road Initiative and coronavirus vaccine agreements.

So, what has China achieved that these countries seek to emulate? For starters, its poverty alleviation rate. In 1994, the government set a goal of lifting 80 million people out of poverty within seven years – by 2021, it had uplifted 800 million.

Additionally, over the last two decades alone, China’s Gross National Income (GNI) per capita grew from US$940 in 2000 to US$10,410 in 2019. This is double the rate achieved by Russia, the second-fastest growing BRICS economy.

China has seen success abroad, too. Since 2000, China has spent US$843 billion on bilateral aid, spread across 13,427 projects in 165 countries. The People’s Liberation Army last fought a major conflict over 40 years ago, compared to the endless wars of the West. China made the decision to stop building new coal-fired power projects overseas in 2021, and it has already pledged 1.2 billion yuan (US$190 million) for climate cooperation with developing countries, and 1.2 trillion yuan being issued in green bonds.

China is not faultless; it has contentious issues of its own to tackle. The Uygurs are an example: China needs to do better at accounting for itself and communicating its version of events to the world.

Western criticism of the situation is an attempt to justify its moral authority and legitimise its rejection of other political systems. But it is a double standard. 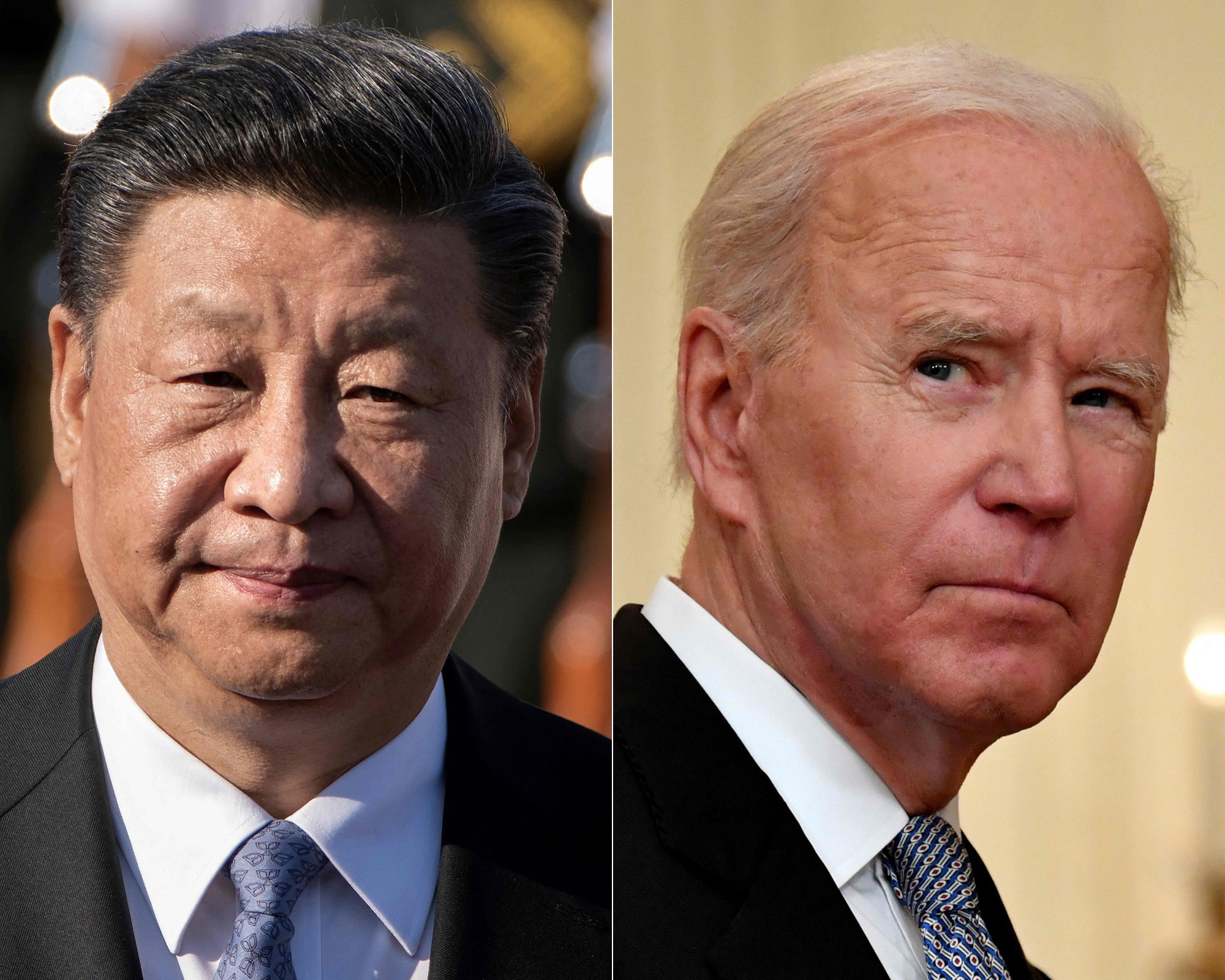 The dire condition of America’s migrant camps on the border with Mexico (including disease and sexual abuse) or its grisly use of torture at Guantanamo Bay are not equated to failings of the democratic system. Yet a comparison of the same magnitude is readily made between Xinjiang and the ideologies of the Communist Party of China.

It is in China’s interest to come clean and work with bodies like the UN to reassure the world that these charges are either false or exaggerated. But it is also only fair and in the interest of global peace that Western nations and their allies who are accused of war crimes – in Afghanistan, Iraq, Palestine - allow UN investigations to be carried out.

Flying the democracy banner should not be used as cover to run roughshod over international norms, nor should “non-interference in internal matters” be a pathway to carrying out abuses.

The US would do well to remember that there is value in embracing different political systems for a more equal world. Why? Because China has demonstrated that a nation does not need to meet the West’s definition of “democracy” to achieve success for its people.

This is because democracy is not defined by simplistic notions about free speech or Western electoral processes. Democracy is the right of all peoples, and cannot be arbitrarily judged by the US.

According to the United Nations Charter: “The UN does not advocate for a specific model of government but promotes democratic governance as a set of values and principles that should be followed for greater participation, equality, security and human development”.

This is to say that the political systems of a country and its method of governance are important because they must ultimately serve the people, enable them to have a sense of participation, satisfaction and improvements to their quality of life. Democracy is just one approach to this, so it is reasonable to conclude that China has developed a successful governance system suited to its culture, history, and the needs of its population.

The need for other countries to pursue their own modes of governance may be rising. Faced with peak population, pandemics, technology overreach, climate change, resource constraints and the crisis of consumption-driven capitalism, each nation will have to adapt in its own way.

For many countries, the dated prescriptions of former imperial powers or settler communities (the US, UK, Australia, Canada) are unsuitable.

The West should recognise that diversity in political systems is the natural order of things in a complex and changing world, and can only enrich the global majority. Nations should learn from each other, encourage, even teach. This is what geopolitical equality looks like.

This brings us to the last of the three questions: given that other nations do not see China as the tyrant painted by the West, and that political plurality is a good thing, it is time to reverse the dangerous attempts of the West to confront China under the pretext of democracy. 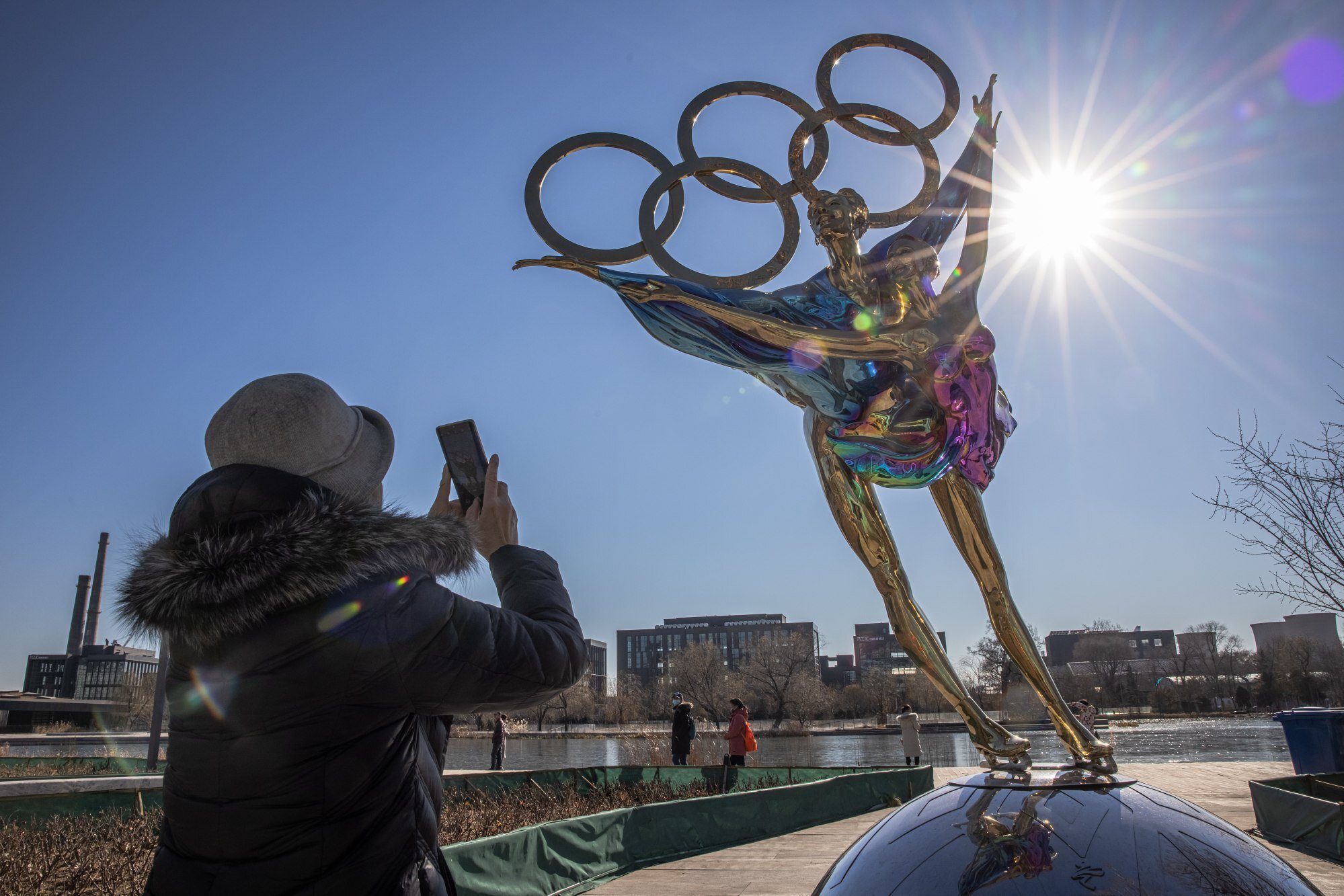 A woman takes a photo of a sculpture built for the Beijing 2022 Winter Olympics. Expect to hear threats of boycotts and read scathing statements from Western politicians about the Games after the democracy summit, says Chandran Nair. Photo: EPA

This does not need to be done in a way that risks tension, or war. It can be achieved through the spirit of non-alignment.

Non-aligned nations must refuse to allow the West – driven by anxiety at losing its position – to divide and endanger the world. They must now address this and no longer remain subservient.

Non-Western countries have a right to be non-aligned: to determine the nature of their political and governance systems and be supported in the learning and building process. Where some go astray, diplomatic means should be used to persuade and encourage reforms built on mutual respect and understanding.

These nations should not be bullied by self-serving Western foreign policy into accepting a single political system that is clearly failing, even in the West – where some demand the right to not wear masks during a pandemic, or the right to carry guns.

The West must recognise that narrow interpretations of democracy can no longer be weaponised.

Fundamentally, the question is: what is the role of the state?

The answer is clear: to secure the right of its citizens to have safe and dignified lives devoid of drudgery and suffering.

When coupled with the existential threats of the 21st century, the irony is that the Chinese system of governance is in many ways the most suited to meeting this objective.