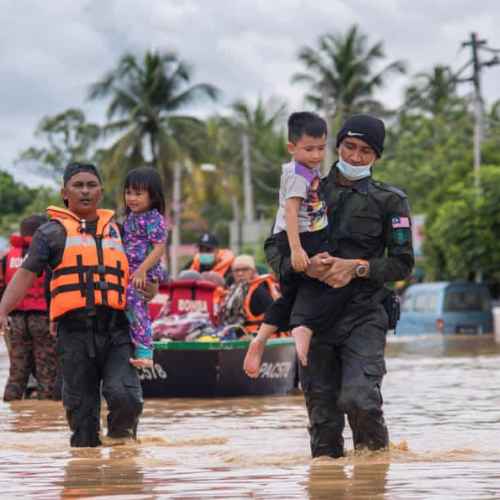 Rising tide of incompetence: What the floods tell us about our future 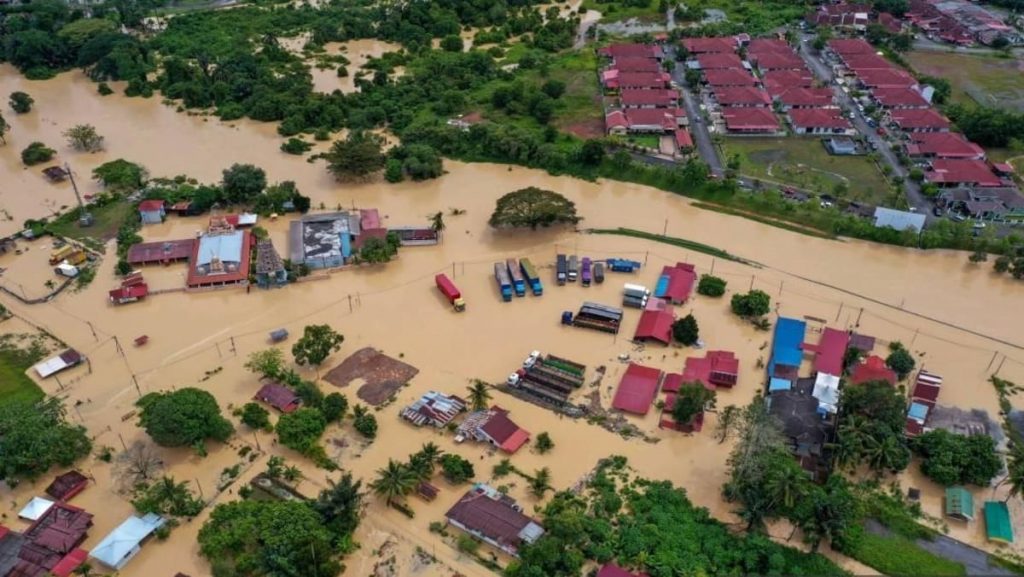 Blame is easy to throw around and there is a lot currently being directed at the Malaysian government due to the catastrophic impacts of the recent floods across the country, with over 70,000 people having been displaced.

As the waters recede, it is becoming clearer that so much of the blame is deserved and justified and, more worrying, provides a glimpse – as if we needed more evidence – of the deep rot that has corroded the cultural and value systems of the political system as well as the disrepair at the heart of the critical institutions of the state.

And much of it, as most thinking Malaysians know, is rooted in the staggering levels of corruption and incompetence that is a feature of our governance systems. It is literally in the DNA. But if there is a silver lining in all of this, it is how the floods demonstrated three things.

First, that Malaysians of all races can unite when confronted by adversity and show the racist elites and bigots that they can overcome the petty seeds of racism that the latter plant and leverage for their survival and own benefit.

Second, that there is no shortage of highly qualified Malaysians who can effectively respond despite institutional incompetence and also find solutions to the negative impacts arising from systemic negligence of key issues. However, for our institutions to fulfill their obligations, it would require a big shift: the race-based system will need to open its doors to multiculturalism and at the heart of the civil service (in 2017, top management and management in the civil service were ~85% and ~82% Malay respectively), a system of meritocracy will have to become a tenet of governance and there has to be a steadfast commitment to addressing embedded corruption, which goes beyond using the now discredited MACC.

Third, Malaysians of all races – including many in the Malay community – are now more aware than ever that the Malay political elite have little interest in their welfare and have built a system that will crush us all as they wine and dine away the public coffers. The floods were the tip of the iceberg. 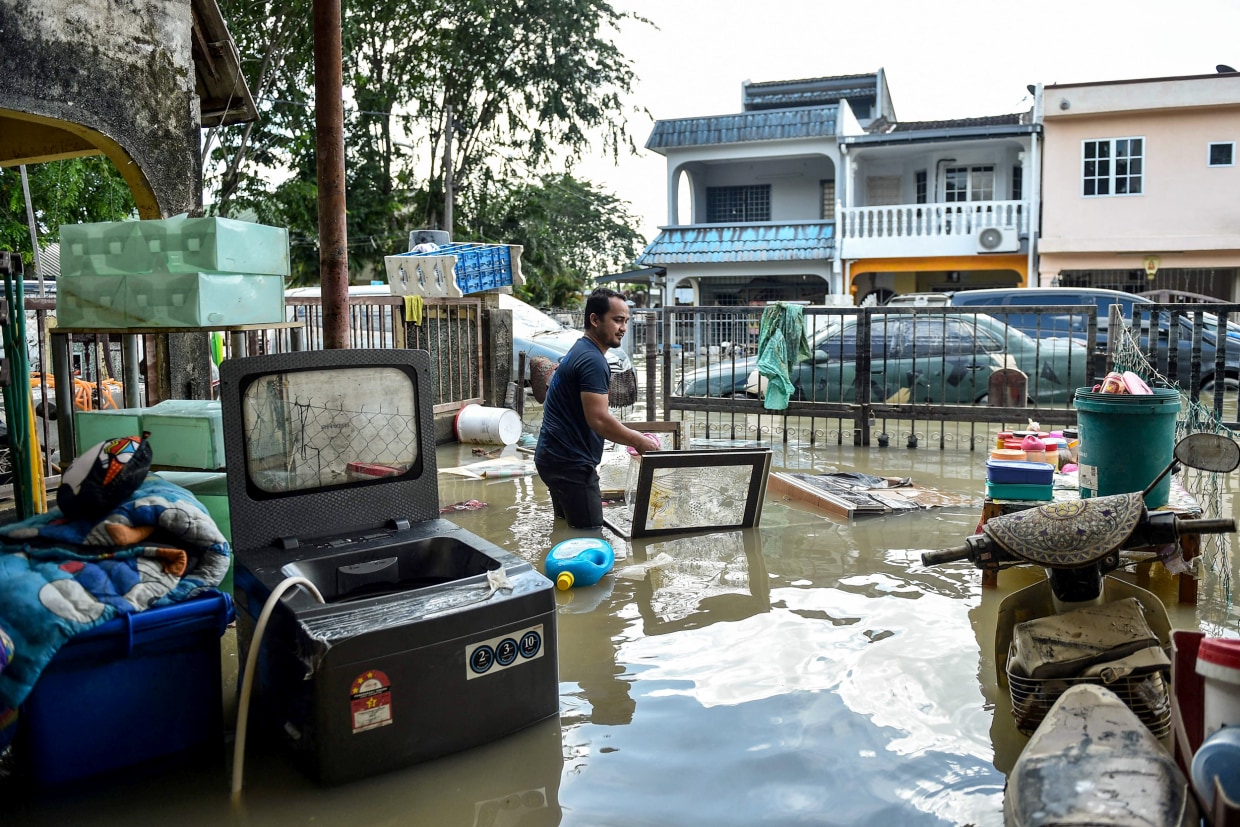 A man salvages items from his house in Shah Alam, Malaysia, on Tuesday after it was submerged in floodwaters.Arif Kartono / AFP - Getty Images

Let’s put this into context. As long as most Malaysians can recall, there have been annual floods in the East Coast states. But as any student of land use planning, meteorology and resource management knows, a major cause of this is bad land use practices, poor water basin management, uncontrolled deforestation (much of it illegal or unwarranted as we all know) and unplanned urbanisation.

In the past few decades, all of this has been accompanied by severe weather patterns driven by climate change. Yet it would be hard to argue that steps have been taken to address these root causes.

More importantly and ironically, this has most severely affected the poor Malay community, the ones that our Malay leaders claim they represent and seek to protect and uplift.

Nothing can be further from the truth. Turning up annually and handing out small sums of cash and rice bags is not tackling the issues. It is, in fact, a form of disdain and disrespect for the poor.

One might even arguably suggest that these floods seem to provide the Malay politicians with annual opportunities to burnish their credentials with the poor Malays. It would appear as if they have made this annual trip to give handouts to flood victims a pilgrimage of sorts.

But real action to help the people would require the hard, difficult, intelligent, and technically demanding work of addressing the core drivers of these disasters, many of which would necessitate changes to economic policies and tough scrutiny of business practices rooted in patronage and corruption.

It may not be deliberate, but decades of repeat flooding only points to sheer negligence, caused by not investing in scientific research, building the institutional capability with the best human capital available, allowing vested interests to dictate policies and, of course, not attacking the age-old problem of economic rent-seeking and corruption as the basis for supposed development – that is, with GDP growth at all costs used as a development façade.

Residents being evacuated from a district on the outskirts of Kuala Lumpur. Photograph: Xinhua/REX/Shutterstock

These factors are a lethal mix and it hit the capital state this year in ways many had not expected. Of course, it is true that all rare events catch the people responsible for protecting the public off-guard, with the focus of anger and despair often then being directed towards the emergency services. And one can to some extent understand that. But the test then is how these institutions respond to the event in the days that follow, what lessons are learnt, what actions are taken to ensure greater preparedness, and what preventative measures are put in place so that there is no repeat.

When it comes to events such as the floods (and the fact that they are also driven in part by climate change), the response necessitates profound rethinking and bold actions – it requires the best minds of the nation to be mobilised irrespective of race, gender and political affiliation.

But does anyone in the public believe that this is taking place? The truth is our political system is too juvenile and devoid of the intellectual capacity for this transformation. The embarrassing stories and pictures/videos on social media of leading politicians scrambling to demonstrate they are acting only deepened the view that they are reckless with the trust bestowed on them by virtue of the public service offices they occupy.

It also has alerted the majority to their enormous capacity to be shameless in the face of sheer ineptitude. Their antics might even be humorous if not for the fact that lives are at stake and that they are destroying our prospects for the next generation. But herein lies the rub: the public has been complicit by not demanding change and expressing outrage.

We the people need to recapture our futures and that of our families by no longer remaining silent and tolerating such incompetence and shameless behaviour. A month after the floods, the streets were still strewn with damaged furniture and trash in some areas. Here the authorities make it so very clear they are incapable and out of their depth.

This is not to say that brave rescuers from the various agencies did not work hard but they need an infrastructure to be effective – hardware and software – and the flood revealed what has been hidden for so long.

As important as it is to learn from the floods, these lessons must be put in the context of a much bigger picture. The floods are just the tip of the iceberg of what awaits us if we do not take bold actions to reverse the tide of corruption and incompetence that has seeped into the entire fabric of the institutions of our society.