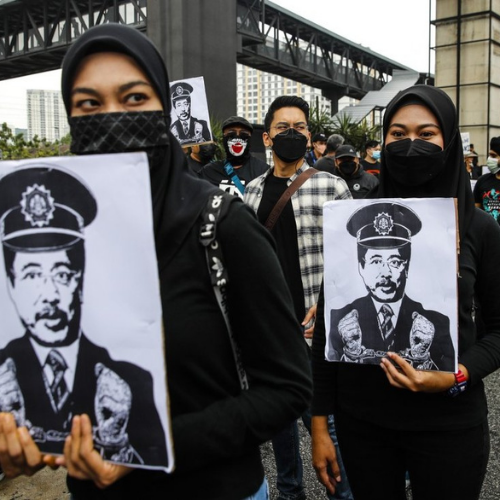 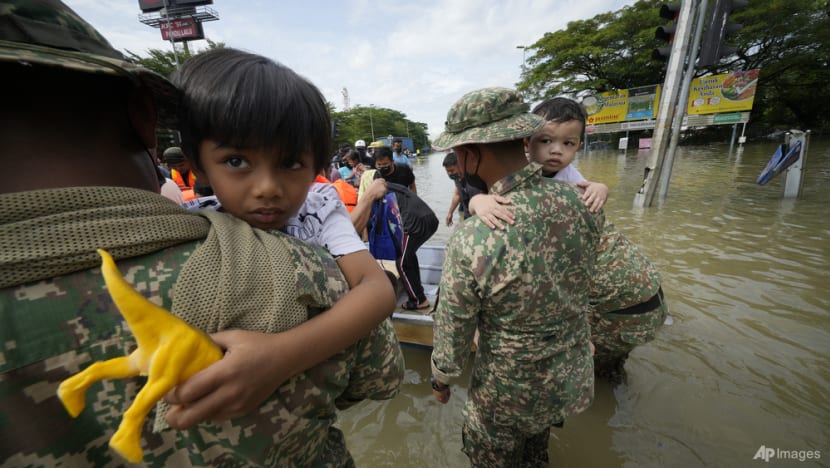 Army soldiers rescue children from their house affected by a flood in Shah Alam, outskirts of Kuala Lumpur, Malaysia, Monday, Dec. 20, 2021. Rescue teams on Monday worked to free people trapped by Malaysia’s worst flooding in years after heavy rains stopped following more than three days of torrential downpours in the capital and around the country. (AP Photo/Vincent Thian)

Once the worse impacts of the recent flooding in Malaysia have been addressed and some semblance of normality restored, the public deserves to know what went wrong and what lessons are to be learnt so that the blame game currently being played can be leveraged for reform and to reduce future risks.

The prime minister’s statement in Parliament that the Selangor government’s lack of preparedness was to blame for the slow response and losses in the state is indicative of everything that is wrong with our politics and the issue of accountability.

After all, many Malaysians saw what was going on and many know people who were directly affected.

An elderly relative of mine in Bentong was fortunate to survive but lost almost all her belongings. Her neighbour was less fortunate. The elderly lady who hung on to a railing for hours waiting to be rescued finally lost the will and let go. She drowned in her own house.

An inquiry of sorts would be the natural next step in most societies that are committed to good governance and self-improvement.

Yet this is unlikely to be the case in Malaysia, and no public inquiry will be launched, as the imperative is to protect the political elites within government and their crony friends because if all is revealed so many of them will be exposed. For example, it is common knowledge now that during the floods, many Cabinet members were in London – apparently for the annual pilgrimage to the Selfridges’ Boxing Day sale – and had to be called back.

Heads do not roll in our fair country, let alone questions raised about who pays for them and their entourages to travel like this.

Thus, it is fair to say that there is no real commitment to improve and clean up the institutional rot.

Why? Because the overriding interest of the political system and its elites (as well as the wider supporting ecosystem) is to preserve the race-based privilege system and protect vested interests.

For the elites and other beneficiaries, feeding off the public trough must be preserved at all costs to pay for luxurious lifestyles that are unbefitting of public servants, not to mention probably unaffordable based on stated earnings.

After all, who stole the pumps and where did the money go? We need to know, but will we ever? They may have been laundered at Selfridges, Harrods or even Pavilion.

But how do people who are fully compromised and wholly unequipped change anything, given they seem devoid of values, entrenched in lifestyles that are dependent on corruption and abuse of the system, administratively incapable and technically incompetent? They have no interest, nor do they know where to start even if they wanted to turn a new leaf.

This is the trap Malaysia is in now. It crept up on us as we, mainly the middle class, turned a blind eye as long as it appeared the economy was chugging along, and the gross domestic product (GDP) grew. 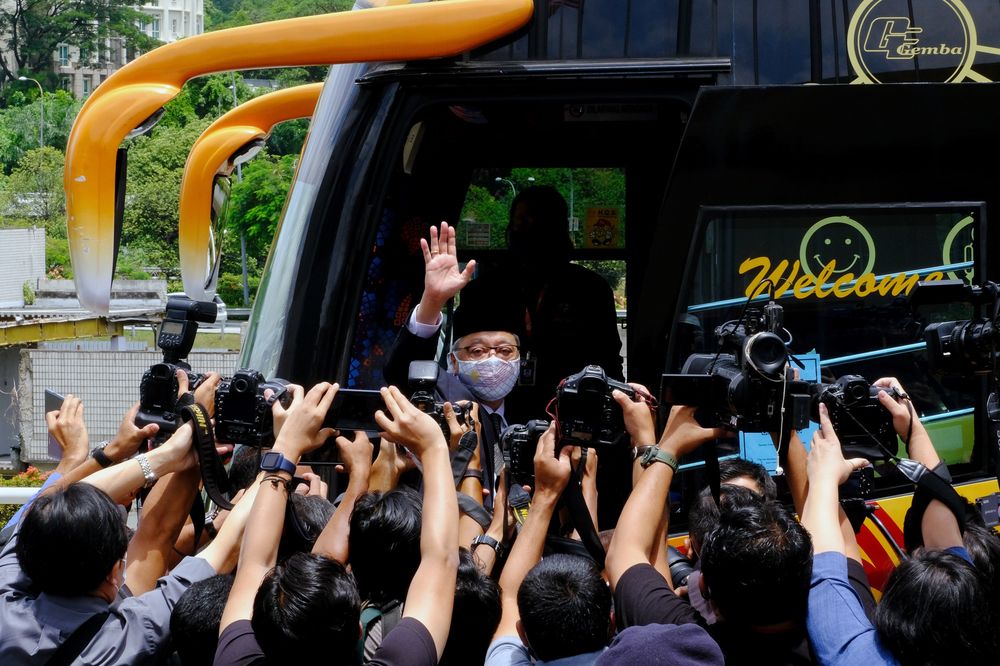 We did this despite being aware that the basis of this trap lay in a range of policies and approaches focused on the primacy of growing the GDP over equality, fairness, meeting basic needs, or sustainability.

Much of this was fuelled by infrastructure developments that were primarily proposed because they were tied to “get rich” schemes, which are now slowly but surely devouring us. This is now eating away at our core and we need to stop it. It is not too late.

In case we need further reminding, just in the last few weeks we have seen other shocking revelations. On Jan 8, due to pilgrims visiting the holy land without vaccinations and using forged documents, the government suspended travel for umrah.

In any other country, heads would roll immediately and all of those involved, including the pilgrims, would face legal consequences.

Then there is the case of the head of the Malaysian Anti-Corruption Commission – not only does he have the audacity to defend his position and not have the dignity to fall on his own sword, but he is also being backed by the government.

This is part of a much deeper issue: we do not have institutions that are capable of governing and protecting both common and public goods at a time when existential threats facing countries around the world are surging.

Years of complacency and bad governance have deprived us of strong institutions run by capable staff at a time when we need them most.

Denial has been the name of our game. It is simply a question of leveraging good human capital irrespective of race and deploying the best to serve the institutions of the state. Sadly, protecting public interest has been hijacked by an ultra-racist agenda given the institutional racism at the heart of the governing bodies. No country can survive such institutional racist practices for long.

Thus, the only thing that can change things is a social revolution – a 360º turnaround and rejection of the race-based policies of the political system that have brought the country to this low point. This moment in our history could well be the turning point and must involve all races. 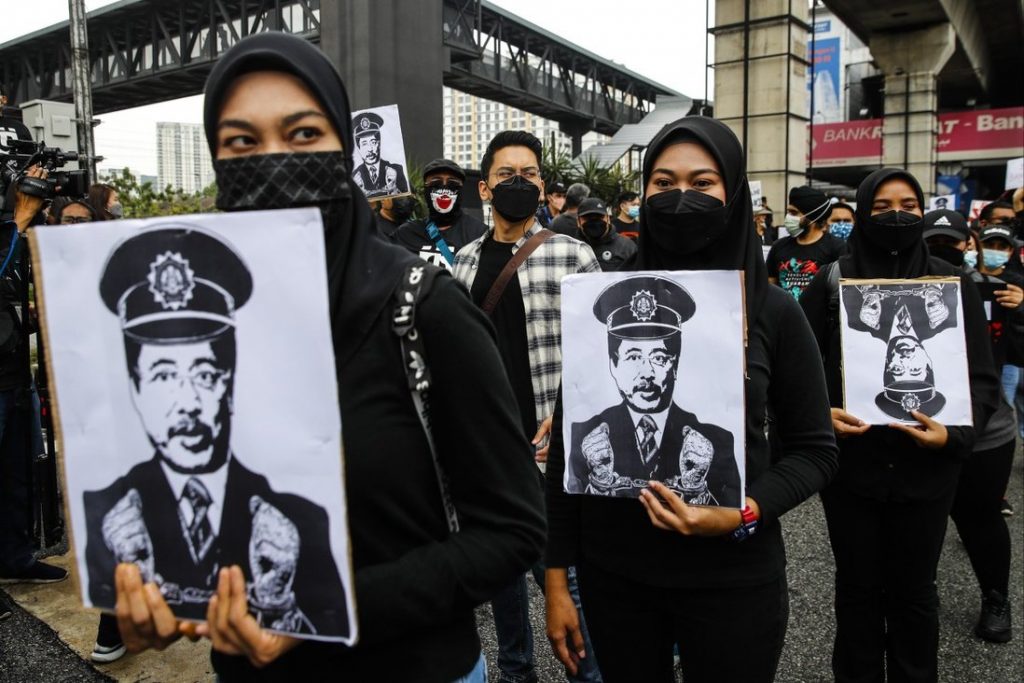 We need to fight institutionalised racism by using a non-racial approach.

That means making the movement one that is not tethered to political parties given that most of them have proven to be weak, and participation through them will inevitably be viewed via their respective racial lens. The movement should mobilise people around the issues that concern all of us – the rising tide of corruption, incompetence and lack of meritocracy – which is slowly but surely drowning us all, irrespective of race.

So, what should be done? To start with, we need to have a clear vision for the nation, which is currently lacking. Instead, we have meaningless slogans coined by global consulting firms all steeped in our toxic politics – you would not run a company the way we run our nation.

To help create this vision, we must first ask: What sort of country do we want?

Primarily, we want a country that is not run or governed on racial lines. This is one that we can all agree to, except the architects of racism. They will need to be confronted and defeated.

We also want a country where the path to development is not simplistically fashioned around economic growth using traditional neoliberal approaches and indicators like GDP growth rates and foreign direct investment (FDI) levels.

Instead, there should be more emphasis on the quality of life enjoyed by the average citizen, the protection of the resource base, the strength of the nation’s institutions, self-sufficiency with regard to the food system, meaningful work for all and resilience built into national development plans.

This requires major strategic thinking and even reshaping of the economic model, which our institutions do not seem capable of. Malaysia can draw from diverse and successful examples from across the world for inspiration – China, for example, has had the realisation of moving away from an economic model geared towards growth for growth’s sake, to a system more suited to socioeconomic equality and the challenges of the 21st century – the “Common Prosperity” model.

If we know what kind of Malaysia we want, we can work on creating and fulfilling a meaningful vision for the nation. This could look like this: “A vibrant and multicultural society that respects the rights of every citizen irrespective of race, is devoid of discrimination and has an economy that thrives through the principles of shared prosperity, whilst also protecting the rich resource base of the country for future generations”.

Once the vision has been set to guide the efforts of the government, businesses, civil societies and the public, there are three main national needs that we must address:

First, we must restore the primary role of the institutions of the state and its obligations: to secure the right of all its citizens to have safe and dignified lives devoid of drudgery and suffering.

Second, we must have a development plan – not simply an economic plan – that integrates all aspects of how common prosperity is to be created and shared in an era of existential threats.

Third, we must commit to eradicating racism in how the country is governed starting by reforming the civil service. We must ensure that meritocracy is the yardstick and competency is the basic requirement – not race or religion.

By taking these steps, we can turn the tide of incompetence and ensure that Malaysia’s citizens are properly provided for. Protection from annual floods is just the baseline.