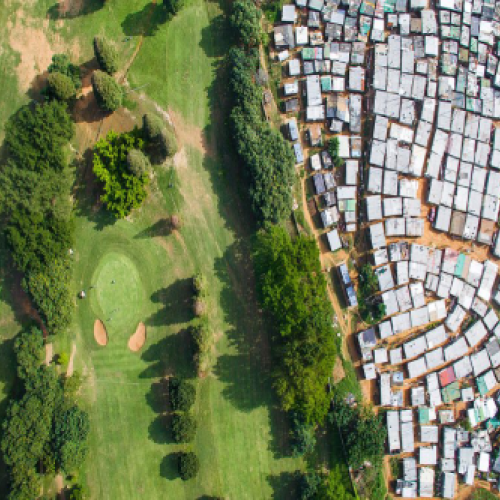 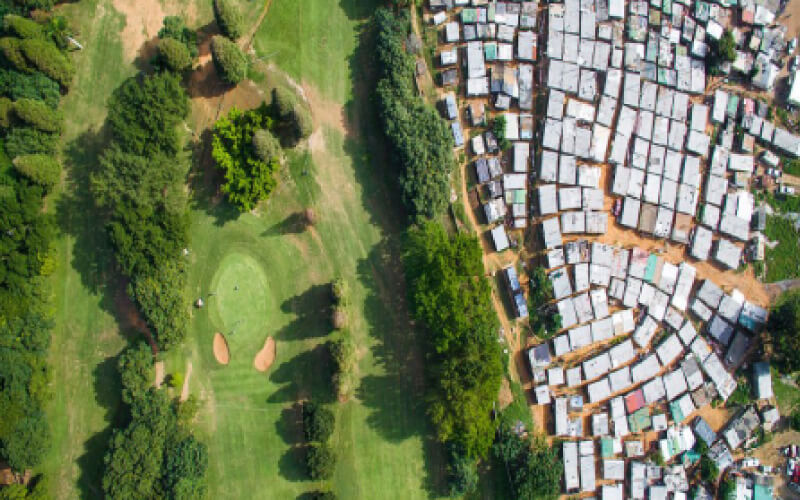 “The world has never been more divided” is a refrain often heard in mainstream commentary, especially as the global consensus around economics and governance is challenged both internally and externally. But what are these divisions? What is causing them? And what must we do to confront them?

The first division can be seen in the rising tensions between the West and the Rest. The West — the United States, Canada, Europe and Australia — set down an array of global institutions, rules and norms that helped manage the global economy and geopolitics whilst preserving the status quo and their privileges. While this structure was helpful to some non-Western countries, it was clear which countries were in charge, the disproportionate nature of the benefits and why.

The rise of powers like China, India, Iran and Turkey challenges this world order. Unsurprisingly, given their large populations and economies, long history and rich traditions, these countries want a greater say in how the world is organised. These efforts and rightful demands are being resisted by the current countries at the top who are the main beneficiaries of the existing world order.

The second division is between the elites and ordinary people. By “elite”, I am talking about a very select population: those who have the financial means to pursue private schools or the best formal education, a leading Western university education, work experience for a major Western company, and access to all the right global networks. This background marks one for success, and ensures that someone is taken “seriously”, even if they have little desire to or capabilities to contribute to addressing the major challenges of the world. The developing world can also be peculiarly guilty of this; as fewer people have had the privilege of living, learning and working abroad, foreign experience is an even greater status symbol. Elites engender more elitism and sow deep divisions in society.

There is of course nothing wrong with foreign experience, or even privilege. But the experience sought after and considered “worthwhile” is concentrated in a few institutions. Money and networks rather than meritocracy is increasingly the access route. Eton and Harrow for boarding schools; Harvard and Stanford for university education; McKinsey, Goldman Sachs and, increasingly, Facebook for work experience. The paths to “success”, and all the benefits it provides – often for sale -, appears to be getting smaller with each passing decade.

The third division is between technology companies and the disconnected. Technology companies are increasingly dominant in the marketplace: the only way to achieve the expectations of their investors is to be a monopoly. However, most technology companies seem profoundly disinterested in thinking deeply about the repercussions of their business models, the power they have or the long term implications for society. Facebook, for example, has been cavalier in how it treats the data from its two billion users, and has dragged its feet on implementing proper moderation of its platform, leading to privacy scandals, political interference and, worse, ethnic and communal violence in the developing world. Governments, oblivious to the threats of social division from these companies, are only now beginning to act.

The world has seen large companies with monopoly power before, but they rarely claimed that their product or service was the solution to all the world’s problems. However, technology companies argue, and would like us to even believe, that greater digital connectivity — and, by extension, access to their platforms — will be the solution to all the world’s problems, from sanitation to racism and even fighting pollution. Though hopelessly hubristic, many with vested interests in this narrative have become whole sale advocates and this includes most leading global media outlets.

The fourth division is between those with access to resources and those who are blocked from them. Hundreds of millions around the world still do not have secure access to basic needs: clean food and water, secure housing, proper sanitation, stable access to electricity, and so on. Achieving these needs universally will require a great deal of resources — which thus cannot be used for other purposes.

However, wealthy populations deny access to their poorer counterparts through their own overconsumption, whether it is water to fill swimming pools in arid California, or smartphones using conflict minerals mined in Africa.

The final division is between those with cultural power and those without. Global culture — insofar as one can talk about it — is really driven by a very small number of countries: the United States, a few European countries, and possibly Japan. Regional cultural powers, such as India, China and Nigeria, do not yet have the global presence that American culture does. The latter is not a function of an intrinsic value but instead derived from the last few centuries of Western dominance marked by the American exceptionalism of the last seventy years. Despite this cultural monopoly, attempts to preserve local culture, whether Canada’s quotas for locally produced content or China’s strict approval system for foreign media, are often portrayed as evidence of parochialism.

The threat to cultural diversity is bad in itself, but there is an economic effect as well. Currently, the only global vision of “the good life” is the Western one: a two-storey house in the suburbs, with two cars, the latest appliances and gadgets, and an expansive diet steeped in wastage and over consumption. Even countries that follow very different economic and political models, such as China, still sadly see the American way of life as the symbol of modern prosperity.

This is dangerous, as the American way of life consumes a massive amount of resources, far more than the Earth’s ability to provide. It is rooted in the belief that there are no limits on human consumption, as ingenuity can overcome any constraint. If all people were to pursue this way of life — which will happen without presenting viable alternatives — then the Earth is doomed.

A Matter Of Power

In the West, there is currently a long overdue debate about how power and influence is divided domestically. Many in the United States and Europe realised that those at the top have developed an economic system which preserves their own privilege at the expense of others and even believe it is their right. The result has been the rise of “populism”.

But while it is good that this debate is happening, almost none are taking it to the next step or confronting the elephant in the room: moving from a domestic division of power to a global one. This will require a more honest accounting of their own privilege. A middle-class person living in the United Kingdom may rightly feel that they have been squeezed by British elites at the top or even other Europeans. But from a global perspective, they are doing very well: they have clean food and water, a good home with proper sanitation, and reliable access to power, education and healthcare. No one will begrudge them any of these. However and more importantly, this wellbeing of the citizens is due in part and is preserved by the global divisions which form part of the status quo. This is what the rich West refers to as the “rules-based global order”, but which in fact is code for preserving past privileges much of which also has its roots in historical exploitation which created wealth and in turn allowed for these privileges to be provided. They are thus in fact also beneficiaries of these deep rooted global divisions the seeds of which were planted centuries ago.

Will we see an honest accounting of global divisions of power? Given that it would require some hard thinking about Western privilege, the answer is “probably not”. But if the world really is becoming more polarised, we should be honest about its cause: a growing dissatisfaction with the global division of power, and the belief amongst many in the world that it needs to be changed.