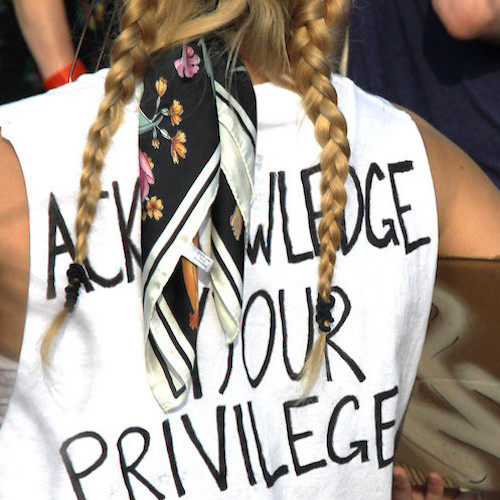 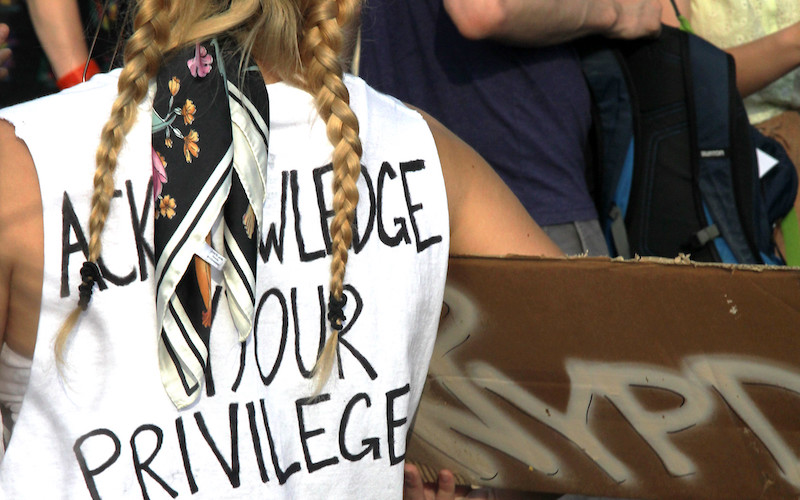 White privilege is the best way to understand how oppression and dominance by Western cultures operate and are perpetuated globally. Photo: Flickr / Doug Turetsky

The decision of US President Biden to announce that he would replace the outgoing Supreme Court Justice Stephen Breyer by a black woman, Ketanji Brown Jackson may seem like a positive step in a country wracked by explicit and systemic racism.

However, it is actually indicative of how the root causes of American racism, and its global manifestations, are obscured by tokenism and cosmetic efforts that appeal to liberal sentiments. This has become a political tool that can be best described as appealing to populism without affecting real change.

The decision of the US President highlights two issues in this regard.

First, it reveals how white liberals in the US use race to whitewash a political and economic system that is stubbornly self-serving – both within its borders and globally – to maintain its economic hegemony, without ever needing to address its inherent injustice to other nations and people.

By not questioning the hegemonic nature of America, liberal African Americans in the seats of power and elsewhere have embraced it and thus are even complicit in serving the needs of white America’s global agenda – to be number one and not ever consider the possibility of sharing power with other nations. White America has covertly blinded people who are subject to harsh racism at home to the racial injustice of their nation’s global agenda of dominance.

Second, the world at large should not be seduced by similar superficial positions and actions taking place in the US and the West, despite the fact they are bestowed with such global prominence. Apart from this latest act of political gymnastics in the US, there are many other areas where tokenism is prevalent, as a means to deliberately avoid confronting the true nature of a system of white privilege that has now been globalised. These areas include sports, entertainment and in the telling of history.

Discussion about race in sports etc is important, but they are an easy “go-to” given they do not confront the drivers of white power and privilege: global systems of economic and cultural dominance. These must be tackled to expose the entrenched global power of white privilege, which needs dismantling to create equity for a post-Western world. In fact, white privilege is the best way to understand how oppression and dominance by Western cultures operate and are perpetuated globally, within countries and between them, with the key objective of sustaining economic superiority.son with a desire to become an ambassador will be deprived of the opportunity to study liberal arts and win a government scholarship.

Three areas that exemplify this are geopolitics, international business, and the export of Western cultural norms.

In geopolitics, one need look no further than the multilateral institutions that shape global affairs. The most important of these have been set up by Western nations, see the world through the Western lens, and are led by Westerners – so one should not be surprised if their actions, advice, and prescriptions follow Western framings as well. One should also not be surprised that those who then appear to be the “most qualified” are white Westerners, establishing a permanent “ruling class” when it comes to global and elite institutions.

Examples of this institutional form of discrimination are the World Bank and the IMF. These institutions were set up to manage the global economy, especially in the aftermath of the Great Depression and World War II, yet have respectively been led by an American and European since their inception.

Controlling multilaterals has serious implications, the dirtiest of which is being able to direct how sanctions – or worse, military intervention – are deployed. For example, in Iraq, Afghanistan, Libya, and Syria, Western governments went ahead to oust regimes they felt were threatening to the international order. In all these cases, interventions served to make matters worse, causing instability, the deaths of hundreds of thousands, and violence that persists today.

The latest example of this is the decision by the US president on February 11th to split Afghanistan’s US$7 billion of frozen assets between selective aid efforts and the victims associated with 9/11. It did not grab international headlines but has outraged many globally. That outrage is growing internationally as the news spread, especially in the Muslim world. Yet US Western allies have not registered any protest. The global western media has also been largely silent on it illegality and immorality. 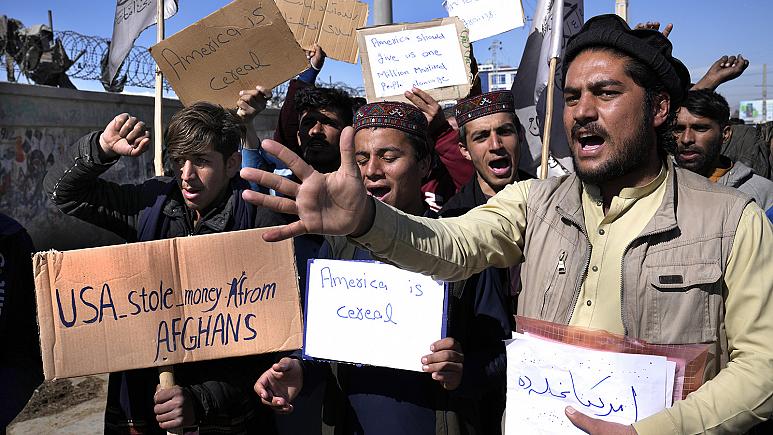 The question is: Why does the US and its allies repeatedly behave in this cavalier fashion whilst inflicting such harm on innocent non-white populations? One does not need to look deep to understand that the roots of such illegal and unfair actions lie in the unsaid but acute awareness of the West in the nature and power of white privilege in the world we live in. This is the believe that Western powers, because they have the ability, also have the right to act against others in ways they deem appropriate, without having to be accountable for the harm caused.

In this instance it is out of bitterness so as to inflict harm on an enemy it could not defeat in two decades of war. This despite the fact the money represents 34% of the GDP of Afghanistan and just 0.0003% of the US. Such an immoral act is hard to fathom but is easily understood when one appreciates the operating framework of global white privilege in foreign policy.

White privilege on a global scale is thus what allows Western governments to get away with these large-scale horrors. Imagine if China, Brazil or Nigeria took even slight military actions on their neighbours – there would be global denouncement and the multilateral machinery would work to punish them.

Moving onto international business, it is clear that no matter the sector, corporate leaders and entrepreneurs who are featured on panels, on the business news, and on magazine covers are all Western (with the odd exception). The pronouncements of these Western corporations are seen to represent the firm judgment of what it means to be a successful business or an innovator.

There are three particular areas where we see the manifestation of white privilege in international business. First, the “proper” way of doing business is set by Western institutions and organizations and is reinforced by business media, consultants, and business schools. These suppress non-Western ways of thinking about business.

Second, the major accounting firms, investment banks, rating agencies, and auditors are all Western. They act as gatekeepers controlling entry into the major Western financial centres and preventing access to the largest capital markets. Connections to the “Big Four” in either auditing or accounting connote trust, whereas operating outside that system isolates non-Western businesses.

Third, firms that succeed despite Western gatekeeping are seen to have cheated and thus are distrusted, and may even be punished by governments and regulators.

"...firms that succeed despite Western gatekeeping are seen to have cheated and thus are distrusted, and may even be punished by governments and regulators."

Beyond geopolitics and business, the export of Western culture around the world as the most modern, civilised and superior culture has also helped to entrench global white privilege, mainly via the colonization of the minds of non-Westerners, who, after years of listening, watching, and embracing Western culture, want to pursue Western lifestyles as a means to legitimize their arrival in the modern world.

It starts by replacing the goods and services they traditionally use: a sarong for a Burberry suit, a futon for a Western bed, or nasi goring (Malay fried rice) for a Happy Meal and a cupcake. But this quickly maps onto transforming cultural values: what is humorous, how to express affection, how to share a meal, how to greet elders, what defines career success, or even what rights we have as individuals in a society. The implications are immense.

This colonization of the mind through the soft power of music, films, television, and media has led to entire societies finding themselves engaged in a struggle where there is active rejection of various aspects of their native cultures as the next generation views them as inferior to Western equivalents. In 1979, the prolific African American writer James Baldwin identified this phenomenon in African Americans, rejecting parts of their cultural identity in favour of a culture that is perceived as superior, but into which they will never truly be accepted.

The internal struggle is true for non-Westerners too and with the advent of the internet and the omnipotence of US social media and entertainment empires such as Facebook, Netflix, and YouTube, these struggles have accelerated. The assault of modernity through Westernization is now ongoing 24/7, just a click away on your mobile device.

Thus, as encouraging as it is to see an African American in a position of significant legal power, the truth remains: global systems that prop up modern-day geopolitics, capitalism, and business practices are actually designed to favour and perpetuate white Western nations, and these are what must be dismantled for a fairer, safer, cultural diverse and more sustainable world.