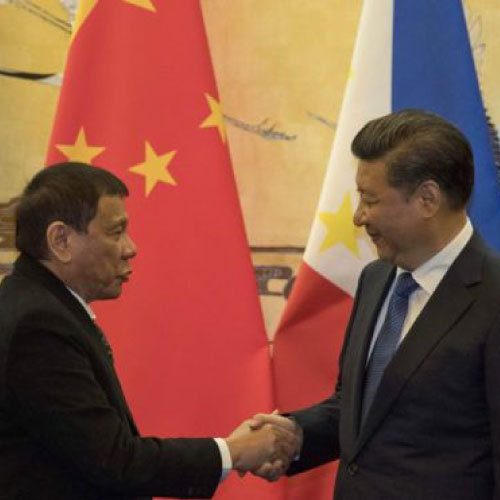 Rodrigo Duterte’s Pivot to Asia Is a Rational Move 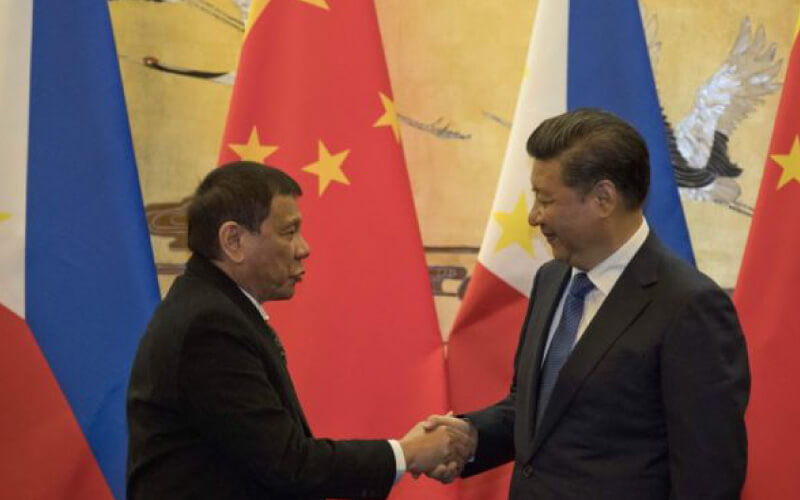 In the past 30 years, a succession of Southeast Asian leaders was supposed to represent a new direction for regional geopolitics. First there was Malaysia’s Mahathir Mohamad. Then came Thailand’s Thaksin Shinawatra and Susilo Bambang Yudhoyono of Indonesia.

In the end, none was able to revamp the region and its relationship with the world. But Rodrigo Duterte, the Philippines’ new president, may be the first Asian leader to ask the right questions about the future of the region.

He made headlines during a trip to Beijing last month by announcing his country’s “separation” from the US and a coming embrace with China. Then he went to Japan, where he called for American troops to leave the Philippines within two years and assured the Japanese that he was not pursuing a military alliance with China.

Those outside the region have expressed shock at Mr Duterte’s words, and have deemed him naive at best, dangerous at worst. But this reveals an unwillingness to look beyond the western-led order, spearheaded by the US, as the “natural” state of things.

Mr Duterte is raising questions about who has power, how it is wielded and what self-determination would look like for smaller nations.

Despite his penchant for blunt language, his different tack has already had results. Take the territorial dispute in the South China Sea. The administration of Benigno Aquino, Mr Duterte’s predecessor, rejected any compromise, arguing instead that history and legal precedent meant that it owned islands such as the Scarborough Shoal. China, unsurprisingly, claimed that history and legal precedent supported its own claims.

As tensions increased, there was no evidence that Manila’s strategy was working, especially as the country aligned itself with the US, a prospect that is anathema to China.

By making his trip to Beijing, and eliciting a reciprocal great show of respect, Mr Duterte has done everyone a favour by cooling things down in the South China Sea. He also returned with billions of dollars in development aid and investment promises. Last week, China quietly stopped blocking Filipino fishermen from accessing the Scarborough Shoal. If all it took was a few polite words and some common sense to defuse the situation, one wonders why no one thought to do it earlier. Perhaps we can call this “Asian-style” diplomacy.

We can even understand Mr Duterte’s attitude to China using the Asian concept of “face”. By heralding Beijing as the focal point for a different economic, political and cultural order, Mr Duterte accorded it a lot of prestige. And, in return, China is willing to support the new Filipino president, perhaps by receding from the issues that divide them. Many in the west — with their focus on credibility, “rational” interests and power as a zero-sum game — will always miss relationships based on prestige and mutual benefit.

The larger point is that the concept of Pax Americana is outdated. The world is increasingly abandoning the view of the US as the sole (and self-appointed) protector of global peace and prosperity. In fact, the idea that America should not be a world policeman resonates with large numbers of people in the US. The world may want other countries to share that responsibility with the US or, perhaps, to replace it. Mr Duterte is the first in Asia to do something about it.

Just because the Philippines is turning away from an American-led order does not mean it is rejecting the west or the US. Mr Duterte himself said that he is calling for a “separation of foreign policy” rather than “a severance of ties”.

Those who worry about Mr Duterte betray a belief that the Philippines and other Asian countries must choose between an affinity for the US and an affinity for China — and not, as perhaps would be best, express their self-determination by finding some affinity with both.

Since Mr Duterte’s visit to Beijing, one must assume that other Asian leaders are watching closely to see where he takes his country and the region. His views on self-determination are shared by many who are resentful of being subservient in the hegemonic geopolitical system but have believed until now that they are helpless.

The world order will change further as more leaders make the same choices as Mr Duterte. Those used to the status quo should get used to it.