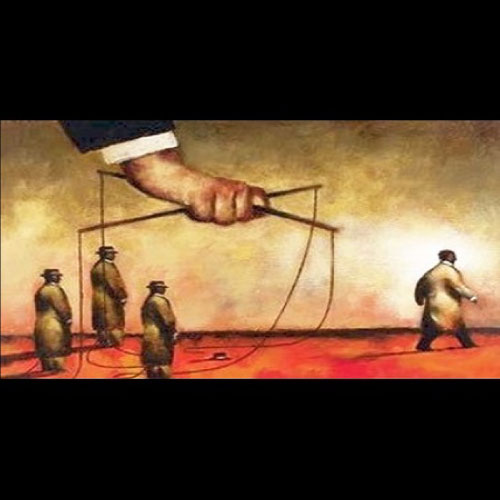 Why Intellectual Independence is Essential for Thinking and Learning

People often ask us: Why, when the vast majority of think tanks are donor-funded, not-for-profit organisations, is GIFT run as a profit-making company? The answer is simple: intellectual independence

From the beginning, it has been core to our business model and company ethos and it is embedded throughout our original leadership learning methodology.

The Illusion of Independent Think Tanks

Last year the New York Times printed a scathing assessment of the influence wielded by donors over the country’s top think tanks. How can these organisations claim political or ideological independence, the authors argued, when they accept such huge sums of money from private, corporate and political interests and employ researchers who simultaneously work as lobbyists, consultants and members of corporate boards?

The Google-funded New America Foundation last year severed ties with Open Markets, an anti-monopoly think tank within the group, after its director criticised Google for its market power and celebrated Google's antitrust loss in Europe. This Wired article from Sep 2017 describes how Google's soft power influences not only policy but also the dynamics, direction and ultimate research produced by think tanks.

During the Brexit referendum, UK think tanks conducting ‘independent’ research on the impending vote were found to be anything but independent. From funding sources to governing bodies, many were proven to have uncomfortably close ties to one side of the campaign or the other.

These are not obscure exceptions. Over the years think tanks funded by vested interests have published ‘research’ and reports questioning or denying the health risks of sugar, alcohol and tobacco, and indeed the existence of a human factor in climate change.

While younger in absolute terms than their Western counterparts, Asian think tanks face many of the same challenges in securing funding. Particularly in China and Southeast Asia many think tanks maintain a close relationship with the government, serving a different role than those in the West, but also posing challenges to their intellectual independence.

The Lauder Institute at University of Pennsylvania published a report on the Top Think Tanks in Asia in 2016.

The prevailing funding model for think tanks confers limitations on the rigour, impartiality and ultimate value to society of their work. So, when Chandran Nair founded the Global Institute For Tomorrow (GIFT) in 2004 he made the very deliberate decision to incorporate as a company instead of a non-profit. 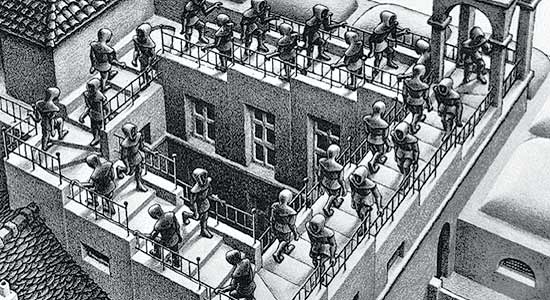 A Business Model with a Difference

For decades Asia’s political and business leaders have looked to Western business schools, think tanks and academic institutions for direction and legitimacy. In recent years Western business schools in particular have seen a surge in enrolments from Asian companies seeking to develop management and leadership capabilities in their top talent.

GIFT was established as a Hong Kong limited company in order to foster critical thinking around Asia’s contemporary challenges from within the region itself, rather than relying on ideas born of a very different time and place. The freedom to cultivate and promote original ideas, many of which challenge mainstream business orthodoxy, has always been at the forefront. Remaining beholden to donors for operational funding, be they corporations, individuals or special interest groups, would compromise our commitment to honest inquiry. 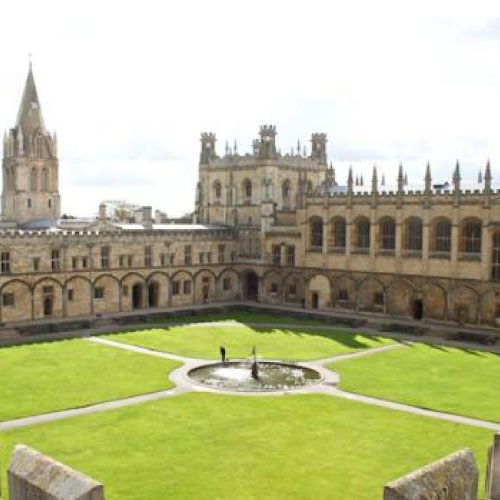 "The ultimate test for GIFT would be whether our ideas – around purposeful leadership, inclusive business models and alternative paths to prosperity, and more – could be packaged and delivered in a way that was attractive to the entities we felt needed them the most: global multinational companies and increasingly influential regional companies from Asia."

Early on we recognized that there was a market for a new approach to executive learning which was not rooted in the dominant narratives of the 20th century, but rather offered a fresh, practical and unabashed exploration of what was really happening in Asia, and the opportunities therein.

This was the genesis of an experiential executive learning methodology which sits at the heart of GIFT’s business model and has allowed us to remain independent since inception. 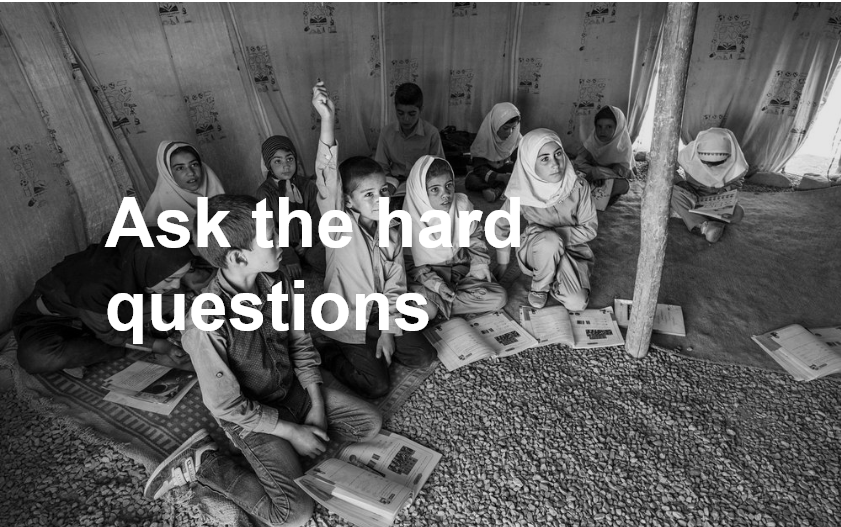 A key differentiator has always been exposing clients to the raw unscripted dynamics of underdeveloped regions which are impossible to learn in a classroom.

Clients appreciate uncensored content and a deliberate independence from mainstream, often outdated narratives. As part of the learning process we emphasise the importance of being able and willing to challenge conventional wisdom and the underlying assumptions therein.

We select and develop field projects without cumbersome approval processes, though we are rather tough on ourselves in seeking to refine and improve our own selection criteria and standards for delivery.

A commercial orientation compels us to refresh materials quickly and often, allowing content to stay markedly ahead of the pack and more intellectually honest. Session material critical of globalisation which was perceived by many to be controversial or taboo even 5 years ago has been validated through popular discontent resulting in Brexit, Trump and the backlash against severe inequality. 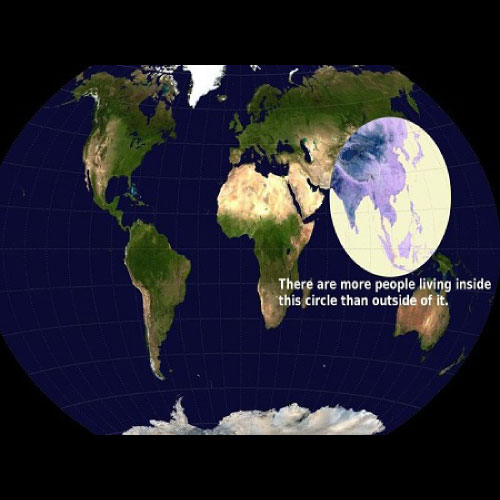 The Benefits of the Profit Motive

Securing new clients, managing cash flows, exercising prudence with overheads – just a few of the pressures of running a dynamic small business. Turning a profit is not always easy but it allows us to continue evolving and producing outcomes we believe in:

This includes fostering the mindset shifts and behavioral skills enabling executives to lead with purpose and uncover new opportunities for sustainable growth. The commercial imperative pushes the GIFT team to be creative in designing and selling programmes, managing costs and producing high quality material.

"Although executive education is a long and well-established industry, GIFT's distinction draws upon independent insights directly informed by on-ground projects in the world’s most densely populated and influential region."

Standing out amongst more established competition (think Harvard, Insead, Duke, etc) means we must maintain a high ‘freshness factor’ in everything we do, customising offerings for the ever-changing needs of our clients and the rapidly changing markets where they work.

Selling is never easy, especially when a product has no precedent.
Remaining in the box is not an option!

Putting the Think back in Think Tank

By not being ideologically handcuffed to any one position, GIFT’s independence allows us to focus on what we believe to be the most promising projects and partnerships, through criteria that blends scalable social impact, platforms for direct learning and insight, and original value add to clients. Some projects drive much greater social value than commercial value. We have flexibility to do these too. 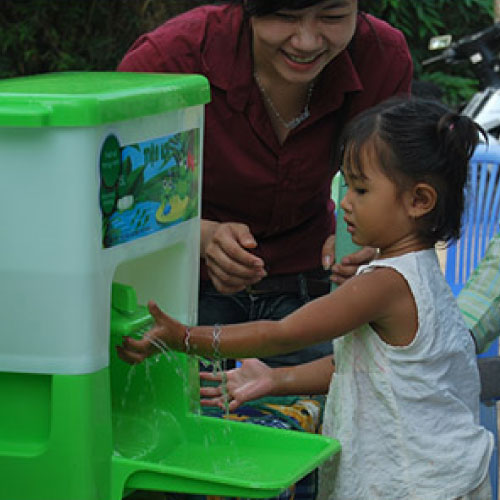 And kudos to our friends and partners who made it happen:

Not everyone needs a commercial business model. We have great respect for many of the prominent development institutions and NGO’s we have had the pleasure of collaborating with for example, United Nations ESCAP, World Economic Forum, Duke CE and IRRI to name but a few. They share many of the same pressures and are very capable of driving influential outcomes through their work.

Despite the challenges of running a business, GIFT has achieved more over the past 12 years than we could have done as an NGO. Independence allows us to push the envelope for executive learning and also develop projects that more constrained institutions would find too risky or demanding.