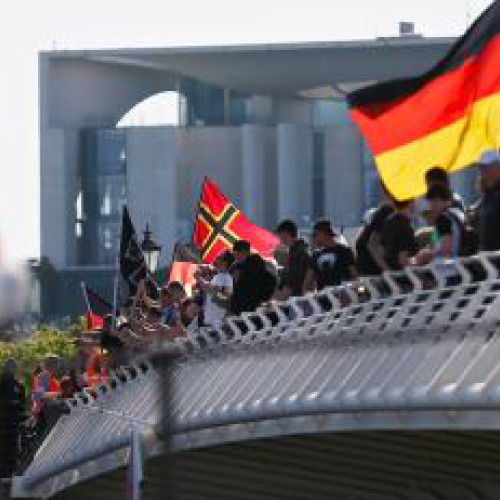 Published in German in Die Welt. The following is an English version. 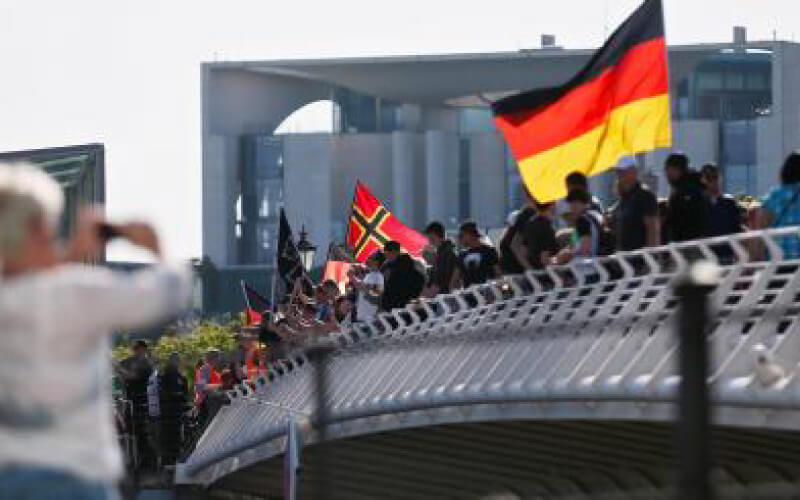 The rise of European populism has shaken liberals on the old Continent. For many, the world seems to consist only of “globalists” and “populists”. Globalists represent open markets, pluralism, cooperation and liberal ideas, while populists stand for protectionism, nationalism and closed borders — and for countries to “go their own way.”

But this applies a purely European — or at least Western — understanding of political divisions to the rest of the world. “The populist wave” was an unflattering label created by the Western liberal media for political movements that appeal to the masses and are against those deemed to benefit disproportionately from existing economic structures. Some Western “populist” movements seek to blame other cultures and immigrants for the problems of those “left behind” – a move that is rightly criticised. But not all “populism” is bad. The surprising success of both Jeremy Corbyn in the United Kingdom and Bernie Sanders in the United States shows that “populism” can still uphold, or at least not contradict, pluralism and international cooperation.

For decades, “populism” has existed as the divide between the “haves” and the “have-nots”, or between wealthy developed countries and rising developing countries. It manifests itself in the obvious discomfort of the wealthy nations and their populations at the rise of the others.

The “globalist vs. populist” debate discusses the world as it should (or should not) be. The globalists want to expand globalisation beyond where it is now; the “populists” (at least as characterised by the liberal media) want to turn the clock back. The “haves vs. have-nots” divide instead tackles the world as it currently is: one governed under a geopolitical and economic framework designed by wealthy countries after the end of the last war, which is one that disadvantages both the emerging countries (like China and India) and the still poor. For example, Europe’s support for its agricultural sector allows it to flood the developing world with cheap produce, while preserving trade barriers to prevent competition.

The reason why leaders like Narendra Modi, Vladimir Putin, Xi Jinping, Recep Tayyip Erdoğan and Rodrigo Duterte attract huge support at home is because they argue their countries have been unfairly denied a place in global politics, economics and rule-making, and that it is time for them to have a say. India still does not have a permanent place on the UN Security Council unlike tiny Britain.

Western leaders may be unnerved by these calls, but the truth is people in the developing world have noted their unequal treatment as second class global citizens for a long time. It is just that now some of these countries are wealthy enough that their leaders feel they no longer need to conform to a Western narrative, worldview or world order.

One can understand why Europe is hyper-focused on “populism”: its overarching objective is to prevent another World War. European liberals justifiably see the European Union, the spread of democracy and the suppression of dictatorship as the best avenue to preserve peace on the Continent. This is understandable and laudable.

But the developing world fears not world war, but a return to colonialism. Perhaps not with troops on the ground, but in another form: continuing economic domination, fear of unilateral Western military action, illegal sanctions, moral lecturing, or cultural homogenisation. And, after the mess in the Middle East led by the United States, the fear is real.

It has become fashionable to call for a single global culture governed by a universal set of norms and values. But a closer look makes it clear that these values are often modelled after the West: all societies will be Western-style democracies where everyone follows Western-style political and social values and embrace its “modern” culture. It ultimately sees a “common human civilisation” as one structured around a Western version of modernity; everything else is deemed inferior and must be changed.

The answer to an “us vs. them” narrative is therefore not a single “we” narrative, but instead a celebratory “us with them” narrative. A “diverse human civilisation” would value the differences between peoples and respect different definitions, values and paths to progress. But it does not mean an end to cooperation: different countries will still cooperate to solve the world’s problems. But cooperation will not be defined solely by Western leaders and institutions with an ideology rooted in a sense of moral superiority over other countries and cultures, even if it is carefully masked.

Where does this leave Europe? European countries are sometimes more willing to punish countries for behaviour it deems “incorrect” than even the United States, which seems to make decisions primarily on preserving its own power and authority. Europe has also never fully confronted its role in colonising the rest of the world and accepting that its wealth was built on plunder, though the French President’s pre-election speech about France’s wealth being derived from its exploitation of colonies like Algeria is a step in the right decision.

By the old “hard power” metrics, Europe in a “diverse human civilisation” will be weaker. It would not have the institutional authority it possesses today. But by engaging with, not lecturing, the developing world, it can finally erase the divide between the “haves” and the “have-nots”. When Europe stops aligning itself with a “West” at all costs and particularly the United States, the rest of the world will no longer wonder who is included in “we.”