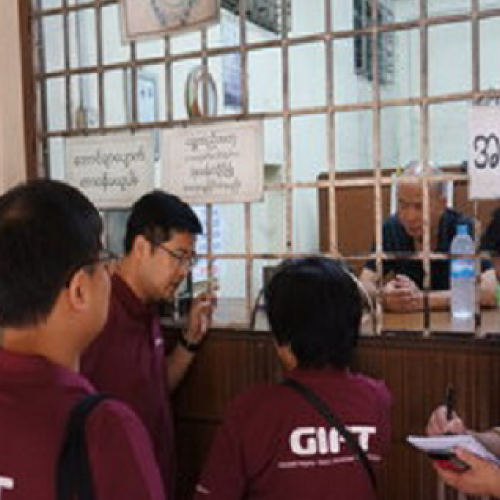 Why Asia’s Fintech Innovators Should Look at Myanmar 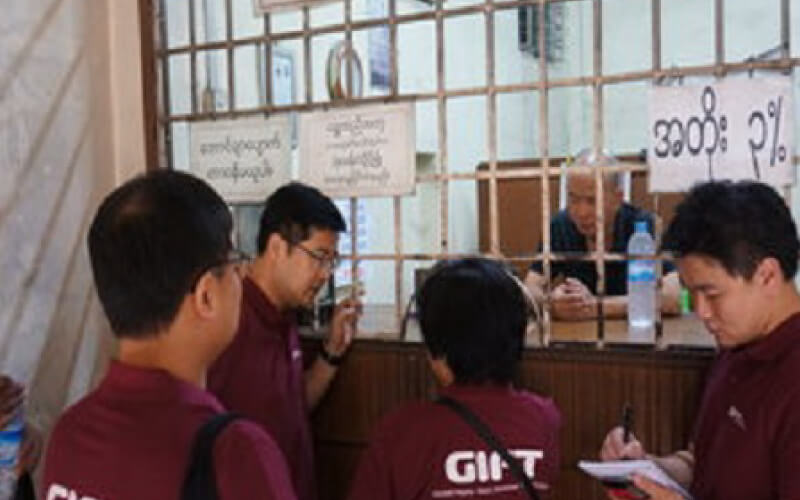 Regional financial centres Singapore and Hong Kong are buzzing with new fintech start-ups, accelerators and incubators. Augmented reality banking, social media loyalty schemes and voice-enabled brokerage are bedazzling in their novelty. But are opportunities for real breakthrough innovation to be found elsewhere?

Recently, the Global Institute For Tomorrow, a pan-Asian think-tank, was invited by Yoma Strategic Holdings, a leading conglomerate in Myanmar, to help provide answers to some hard questions about how new technologies could be deployed to improve livelihoods for the unbanked.

Its cohort of international business managers uncovered compelling opportunities for consumer lending that will benefit both borrowers and investors. More rewarding, however, were the insights gained into new digital business models and how to cultivate the mindset for creating them, which only emerged from working in a dramatically different context.

Myanmar has the least developed finance sector in Asia. The vast majority, 32 million of its 52 million people, work in agriculture. Yet, if you are a farmer in this fast-growing economy, you have no chance to get a bank loan to purchase seeds, fertilisers or rent machinery.

Furthermore, if your children fall ill and need urgent medical care, your options to borrow money are limited – you could visit an informal community lender, your local monastery or one of the government-sanctioned, but mostly urban, pawn shops. Interest rates would run upwards of 30 per cent and even as high as 120 per cent.

For the average rural entrepreneur, the nearest bank branch can be hundreds of kilometres away. The ratio of 3.7 branches per 100,000 people is among the lowest in the world. It is not surprising that only about 20 per cent of the population have a bank account.

The middle and rising income classes are reluctant to use banks as they are inconvenient, cumbersome and generally untrusted. Thus, family savings are often kept in gold, cash, or in illiquid assets such as jewellery and livestock.

For those who do bank, loans require equal collateral, which means that although interest is capped at 15 per cent by law, in practice only the rich are served. Microfinance institutions lend to the very poor but cannot meet the funding requirements for entrepreneurs or families seeking to upgrade their lifestyles.

Against this peculiar financial backdrop, the rate of smartphone adoption in Myanmar has grown from less than 10 per cent to 90 per cent within five years. In a vast unbanked, rural society, money transfer is fast becoming a digital utility of choice.

Wave Money, a local mobile financial services platform, is at the vanguard of this movement, with some 1.3 million active users and 24,000 agents across the country, both growing rapidly. Competitive providers TrueMoney and M-Pitesan are further behind but the race is in its early stages.

In the absence of credit or collateral, new models for unsecured lending are being driven by fundamental socio-economic needs instead of discretionary spending, as in developed regions. Think of the small business owner seeking to finance additional inventory, a builder upgrading his toolkit, or the hundreds of thousands of families buying their first refrigerator. Most agents of mobile money platforms are owners of small convenience shops who also facilitate basic cash transfers. In the near future, they could become digital loan brokers.

New approaches to credit assessment would initially be based on telecom payment history but could draw upon online behaviours as well. With some training, agents could promote responsible borrowing and be incentivised to encourage timely repayment. While payments are digital, collections are physically embedded within existing community structures. Algorithms play a role but people are still primary.

Myanmar has retained its distinct cultural traditions and social values. These will influence product and service development. The common practice of monastery lending, for example, blends religious and civic virtues and could be adapted to the role of guarantor for those new to unsecured borrowing.

In spite of interest rates that appear extortionate by modern standards, informal community lending has seen low rates of non-performing loans, ranging from 1 per cent to 5 per cent. Retaining such favourable repayment rates while achieving scale would yield tremendous rewards for lenders and borrowers alike.

While Myanmar is admittedly unique in its recent economic isolation, opportunities for financing real economy needs exist across the region. In rural India, 65 million families need micro-loans for housing upgrades. In Vietnam, 14 million factory workers need tools to manage their salaries and savings. Countless other customers-in-waiting will embrace mobile solutions tailored to their needs.

Asymmetrical market distortions such as in Myanmar can be a catalyst for new models of service. Local companies with an appreciation of cultural nuance will have an advantage.

For most entrepreneurs in advanced economies, abundance and easy access are anathema to real innovation. They assume the whole world lives as they do. Problem-solving under constraints requires a different mindset. Asia’s privileged fintech community should spend more time at the front line.