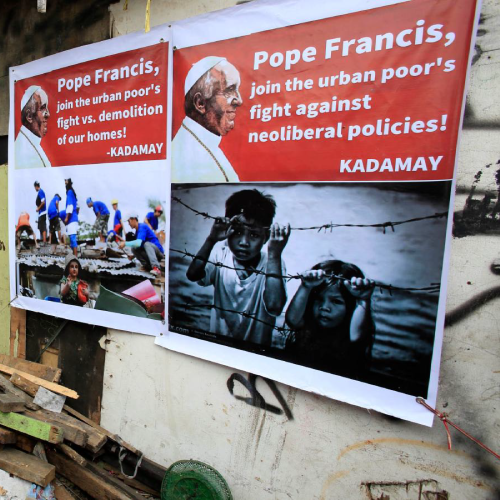 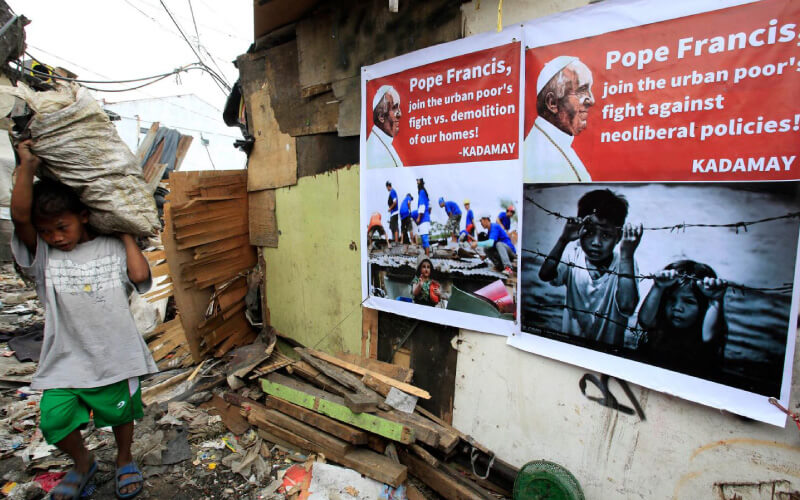 Strictly speaking, I’m not a religious person. But I do believe that people’s faith, vis-a-vis the power of organized religion, could have a profound, if not near-miraculous, impact on the severely polluted state of our planet.

For one, most religions possess a clear hierarchy, and garner moral trust in its authority. Second, religion has the capacity to organize hundreds of millions of people around the world. Third, religion encourages people to think beyond themselves, and to reflect on how their actions impact their wider community and society.

We’ve seen faith-based beliefs, as well as prejudices, change the psychology of how people think on a large scale—both for better and for worse. Why not put that influence to use to solve one of the most urgent crises we face as a civilization today?

If you think about it, it’s a win for religious authorities: Faith leaders can bolster their own platforms and influence, create valuable partnerships with governments and business leaders, while at the same time restoring faith with the flock.

Why Religion Belongs in the Plastic Waste Debate

If you think about it, it’s a win for religious authorities: Faith leaders can bolster their own platforms and influence, create valuable partnerships with governments and business leaders, while at the same time restoring faith with the flock.

Sea-level rise, fossil-fuel usage and other large-scale forms of pollution are massive, global problems that require policy and market changes that are beyond the control of our individual actions.

But the overuse of non-essential plastic—generally meaning plastic that is disposed of after relatively short-term use, and excluding essential plastic components for life-saving medical materials such as IV drips, or the plastic piping in irrigation systems, for example—is a problem closely linked with individual choices, lifestyle and societal behavior.

Using significantly less (or ideally, no) plastic of this variety is something any one of us can accomplish, while supporting others in our communities to do the same.

Our planet houses a reported 8.3 billion metric tons of plastic. Of that, 6.3 billion—that’s about 79% of it—is waste. It’s a global scourge on our planet as well as our economy: The plastic sitting in our landfills represents an estimated annual loss of $80-$120 billion.

Governments should be leading the charge, but many seem unwilling to take a tough stand on climate action. And despite growing public attention to issues like plastic pollution, the multilateral cooperation we keep talking about has been slow to materialize.

Trump pulled out of the Paris climate accords in 2017; the EU is falling short of its decades-long carbon goals; China’s emissions are now at their highest in seven years; and nine out of 10 people on the planet breathe air that does not meet WHO standards. Just this month, the United States—the world’s second-largest producer of plastic waste, generating 37.8 million tons of plastic waste in 2018—refused to sign a landmark UN resolution on cutting plastic waste. While some cities in the US are enacting their own bans on single-use plastics, and 186 countries did sign on, action remains fragmented, sporadic, and not nearly as effective as it could be.

If religious leaders around the world enacted policies to ban plastic at holy sites, major celebrations, pilgrimages, and other mass gatherings, we might stand a chance to significantly reduce the billions of tons of waste we’ve generated on Earth. 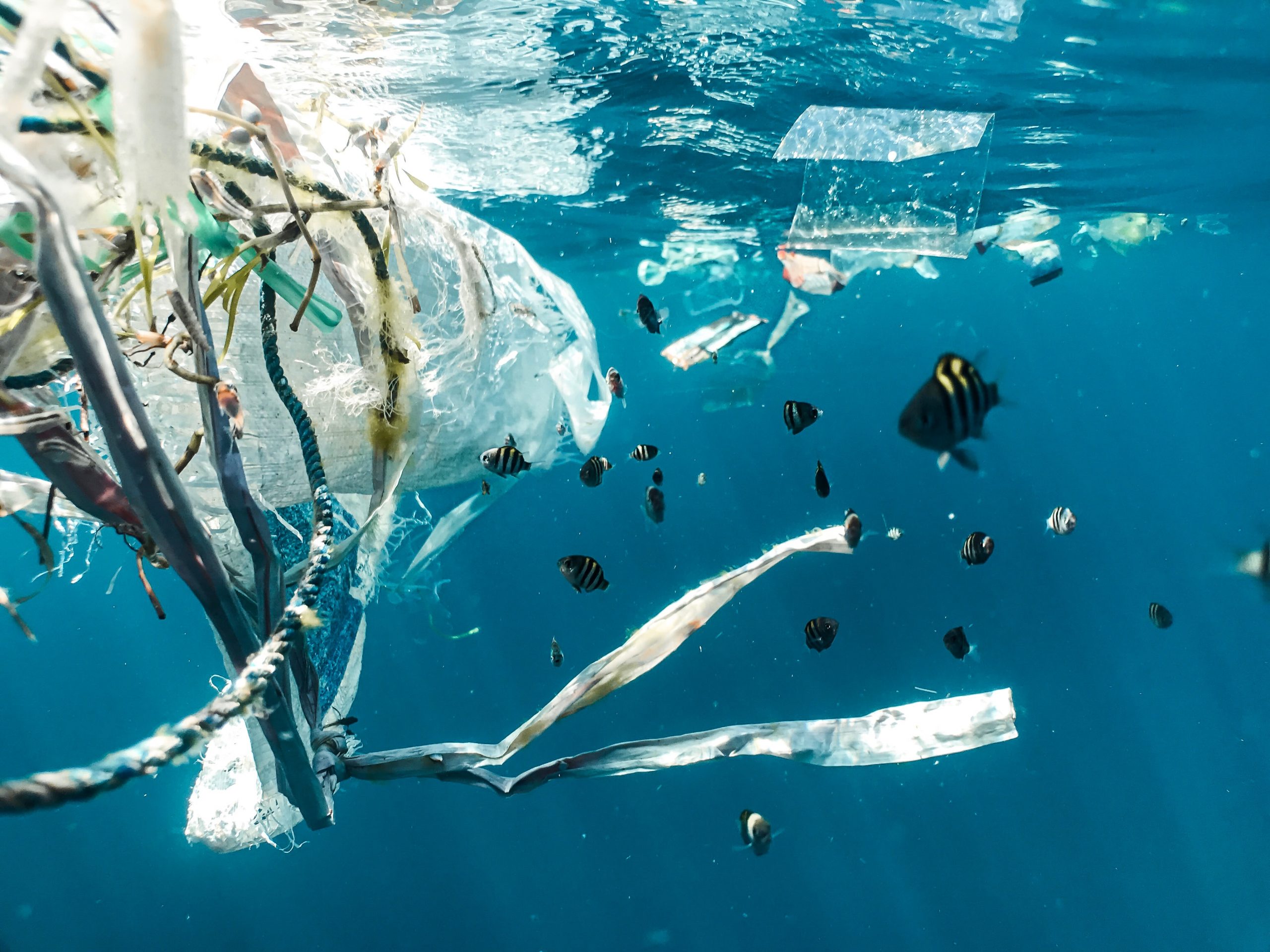 For example, if the 2.3 million Muslims who travel to Mecca for Hajj each year did not use plastic products during their pilgrimages, it would be equivalent to the entire population of Houston cutting out plastic use for a week.

If Mecca were to up the ante and adopt a permanent plastic-free policy, the ripple-effect throughout the global Muslim community—about a quarter of the world’s population—would be astounding.

There’s another valuable opportunity in the holy month of Ramadan, a period associated with purification when most Muslims fast from sun-up to sun-down—a perfect thematic fit for reducing plastic use. Just imagine if it was common practice for the 1.8 billion Muslims around the world to use even 50% less plastic during the holy month. Beyond the holy month, mosques could ask Muslims to avoid non-essential plastics on Fridays, the traditional Muslim day of prayer.

Some Muslim-majority states are already thinking this way. As the second-largest generator of ocean plastic, Indonesia, which houses the world’s largest Muslim population, adds 1.29 million tons of plastic waste to the ocean a year. In 2018 the government announced plans to work with the country’s two largest Islamic organizations in a campaign that encompasses a combined religious following of nearly 100 million people, or nearly 40% of Indonesia’s population. If this community were to cut even 10% of its plastic use, it would prevent 52,000 tons of plastic from being dumped in the ocean every year.

More opportunities abound. In the South Indian state of Kerala 1,058 temples have pledged to abolish plastic on temple grounds. The Sikh Golden Temple in Amritsar has prevented 26.5 tons of plastic bag waste every year by switching to compostable bags.

The Hindu festival Kumbh Mela is classified as the “world’s largest gathering of humans,” famously amassing 120 million devotees in Allahabad, India, over a two-month period in 2014. If plastic bottles alone were banned during the festival, with an expected consumption of 100 million bottles at 13 grams each, an astonishing 1,300 tons of plastic would be diverted from landfills in just a two-month window.

Imagine an India where the majority of temples (of which there is a general estimate of more than 2 million) banned plastic and urged worshippers to do the same in their homes and at work. And, imagine if other cultural heritage sites around the world followed—the Taj Mahal, Beijing’s Forbidden City, Angkor Wat and the Great Pyramid of Giza, to name a few. If religious leaders in Asia and Africa make a statement, the impact could ripple through to Western religious communities, too. 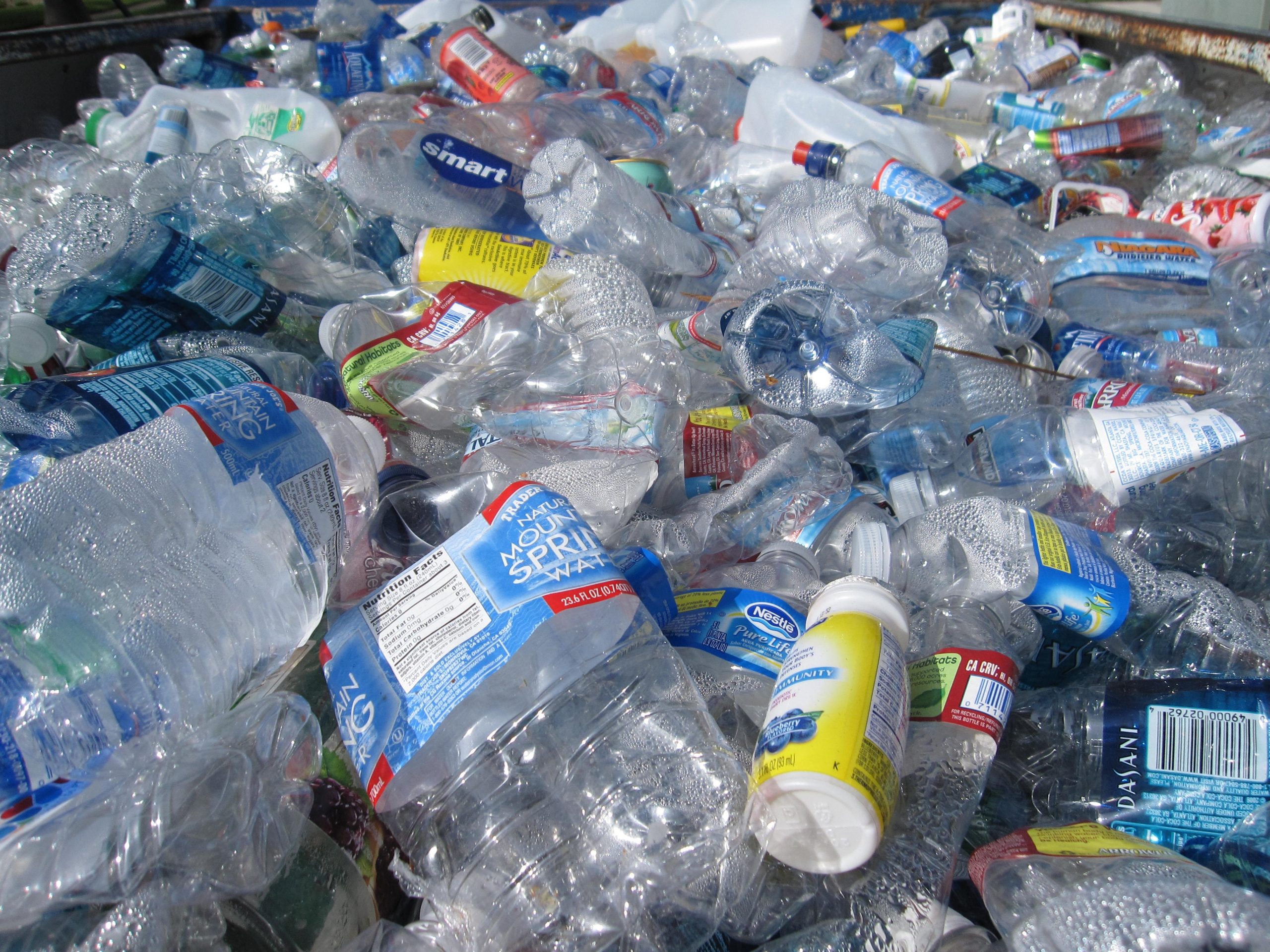 We could see even more benefits if we encourage better collaboration between religions and states. Pope Francis has been vocal about environmental causes, as when he labeled ocean plastic pollution an “emergency.” At the same time, Virginia Raggi, the first female mayor of Rome, has spoken passionately about the need for greening the city. In March, she helped legalize a ban on single-use plastic.

If the mayor and the pope pick up the (biofuel) torch together and ban plastic use, they could kick-start a sustainability global movement. By changing rules of the Vatican and Rome, they could change consumer behavior of Catholics, from Africa to Asia to Latin America, and beyond.

These are just some of the reasons that I believe we can and should turn to faith to help clean up our planet. Religion unites people across national borders with a shared identity like nothing else. Religion is personal, emotional, and essential to many cultural bonds at a local level. The potential long-term benefit from engaging faith leaders in the plastic-free movement hinges on the ability of organized religion to motivate dramatic collective behavioral change.

Religion has already become a central source of conflict in too many places. Let’s see if we can turn that around.