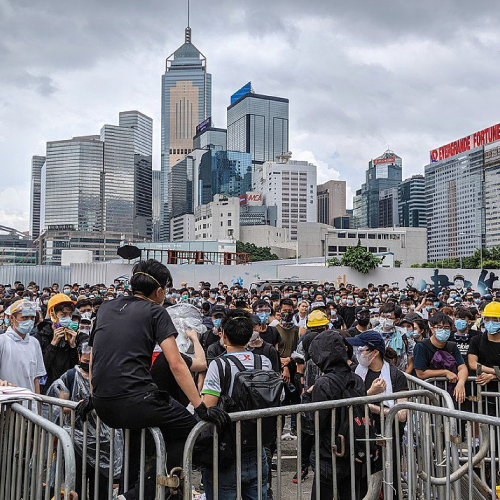 The Root Cause of Hong Kong’s Woes (Hint: It's Not China) 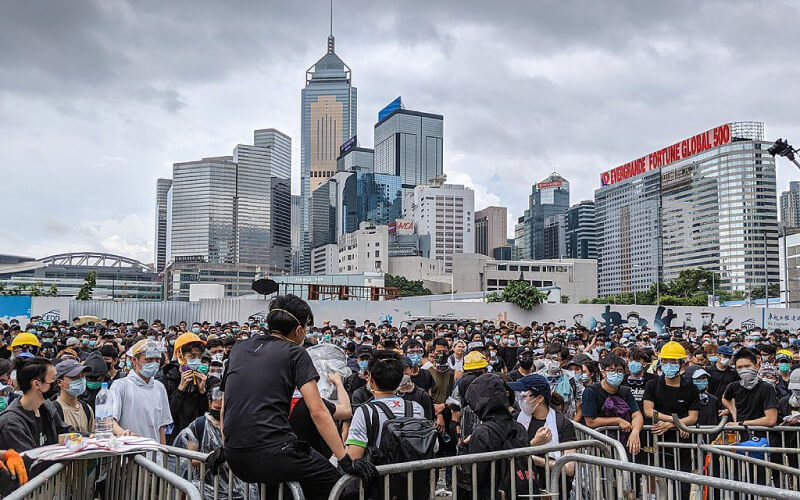 Hong Kongers do not trust their government to defend their interests, whether against Beijing, big business, or anyone else.

Almost all international media outlets position the protests in Hong Kong as a fight between its citizens and Beijing. But look closely at the actual five demands of the protesters: not a single one demands concessions from the central government. Instead, they demand change from local institutions: namely, the government and the police.

The protests in Hong Kong are driven by a decades-long failure of governance in one of the world’s richest cities. To those who visit, Hong Kong runs extremely well: the airport is efficient, the trains run on time, the regulations are clear, and violent crime is almost nonexistent. But this efficiency masks much deeper problems. The city’s free market and business friendly economic philosophy may win plaudits from groups like the Heritage Foundation, but it has sown the seeds of and ultimately failed to confront the serious social issues facing a larger segment of the population.

Hong Kong people, in one of the richest places in the world, work long hours and return to homes little larger than cubicles. It’s a city where many young people — even college-educated ones — have little to no chance of owning a decent home, and are condemned to lives riddled with financial anxiety. Now people have had enough. This is not a problem created by China — at least, not directly. It’s a home-grown failure and many are culpable.

Many people in Hong Kong would likely agree that the city suffers from three major problems: the need for political reform, housing unaffordability, and an educational system unsuited to today’s challenges. Despite this agreement, political polarization, dysfunctional governance, and, most importantly, a weak government captive to vested interests, have prevented movement on any of these issues. Hong Kong has excellent administrators, but not many who can truly govern this unique place.

The demand for democracy is thus motivated by the belief that it will lead to a better, stronger, more accountable, and less captive government.

We can acknowledge that many Hong Kong people are wary, if not outright mistrustful, of Beijing. After all, this current crisis was sparked by a proposal to allow extradition of suspects to mainland China. Some of this is due to perceived worries about threats to people’s freedom; some is also due to worries about increased competition from other cities in China. In general, Hong Kong people are concerned about how their way of life will be changed by a more prosperous and powerful China. This adjustment is proving painful.

But even this wariness can be understood in the context of local governance. To be frank: Hong Kong people do not believe their government is strong enough to defend their interests and rights, whether against Beijing, big business, or anyone else. It’s possible that Hong Kong people would accept closer integration with mainland China, if they were convinced the local government had their back.

How can we tell that everyone outside of Hong Kong is missing the point? International media and current residents talk about the protests completely differently. Foreign media constantly asks about the possibility of a violent crackdown. But most people in Hong Kong — including both foreign correspondents and commentators with very negative views of the Communist Party — see force as very unlikely.

The local discussion is about what the government, the police, and the protesters need to do. It is about finding a workable and pragmatic package on democracy, and what radical reforms are needed with regard to affordable housing and other social ills. It’s a conversation about principles, politics, tactics, and responsibility. Even Beijing, insofar as it has said anything official about the situation, agrees that this is Hong Kong’s problem to solve.

The analogy to Hong Kong isn’t Hungary or Prague. It’s Bangkok, Ferguson, Seoul, Paris, and Puerto Rico: advanced economies where frustrations about governance come to a head. These protests sometimes work, and sometimes they don’t. But they are connected in that they are motivated by deep frustrations with governance.

And change is possible. Members of the pro-government establishment now readily admit that radical reform is needed. And after last Sunday’s march, the Hong Kong government again expressed its wish to “begin sincere dialogue with the public … when everything has calmed down.” Is change certain? No. Nor do we know whether change will go far enough.

But the chance is already greater now than it was three months ago.

If you see the problem as weak governance, then you can get to a solution where everyone is happy. The Hong Kong people get a strong, responsive, and accountable government. The international community preserves their global city. And Beijing gets a well-functioning city, which may end up as the greatest protector of Hong Kong’s autonomy.

But, just as importantly, Hong Kong should be a warning to advanced economies. Hong Kong was able to mask its problems with efficiency, and when protests erupted, the city has thus far managed to avoid the loss of life. This is a credit to all stakeholders in the city, and should provide the foundation upon which Hong Kong can be redesigned. The government has the tools, but needs to use them to create a more just society.

But the city is not the only place where a weak government not addressing pressing social issues can lead to large scale unrest. Will people in the United States, the United Kingdom, or Europe organize to demand better government? Is Brexit another example of a weak governance model? And how will their governments respond? We’ll have to wait and see.