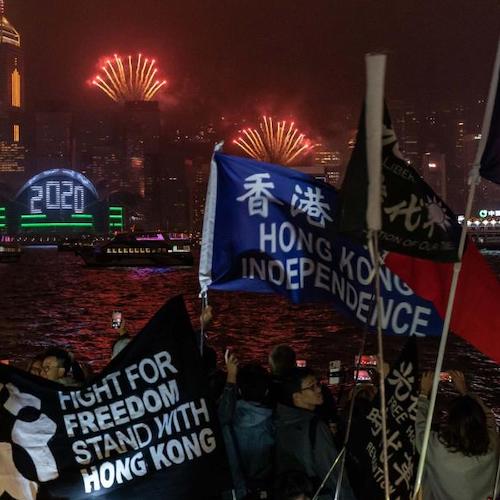 Hong Kong isn't doomed, but the unrest will only end if there is space for dialogue 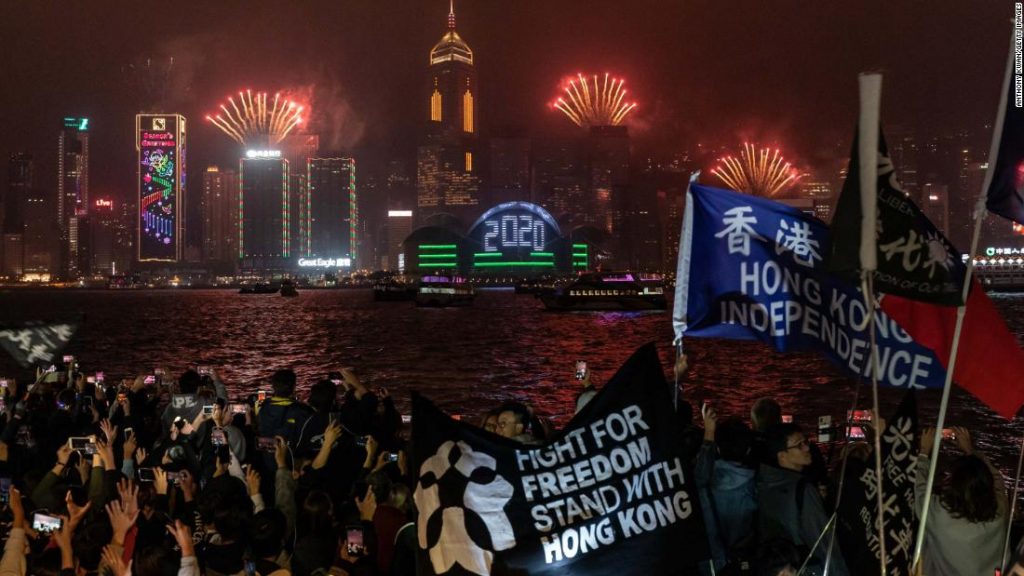 With protests in Hong Kong entering a new phase over the past week, it can sometimes feel like the city is seeing both the opening and closing of political debate.

On the one hand, the protesters -- whether or not you agree with their message or tactics -- appear to have convinced most locals, including members of the establishment, that Hong Kong needs fundamental change. That could be reflected in district council elections this weekend, in which pro-democracy candidates are expected to make major gains.

At the same time, the sense of fear around sharing one's opinion has been heightened. Restaurants and stores have been labeled as pro-protest or pro-police. Mainland Chinese residents and visitors are unnerved by increasingly anti-China rhetoric and action from some protesters, and people on both sides of the divide have been attacked.

Much needs to be done to rebuild trust in Hong Kong, not just in its institutions but also between its citizens. The current stalemate can only be addressed via dialogue -- as the saying goes, "you can only make peace with your enemies." 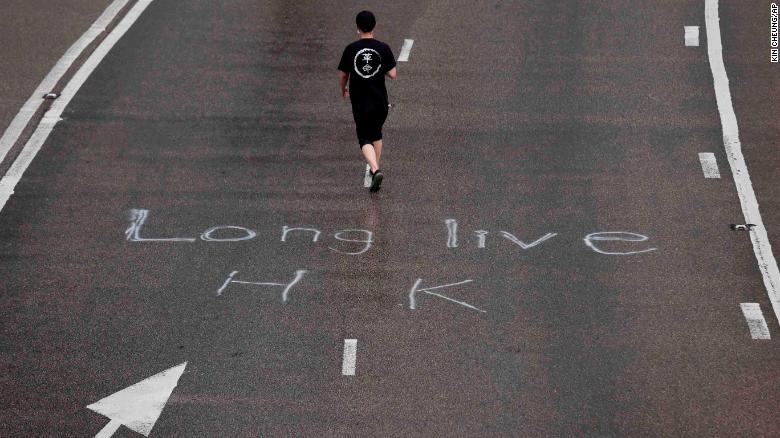 Hong Kong is by no means doomed: a better city -- not just a return to the status quo before the protests -- is possible. The city can even become a role model for how a society, after decades of creating great economic disparity and disenfranchising the majority, can be reformed.

The path forward starts with dialogue: a point stressed by speakers at the recent Hong Kong Forward Alliance (HKFA) forum, with which I am involved. Even though most focus on dialogue between the government and the protests, there also needs to be dialogue between Hong Kong's people themselves: a point noted by international conflict resolution expert Michael Alar.

Despite a common stereotype of them as apathetic and money-driven, Hong Kongers are showing they have broader aspirations.

The views of Hong Kong people are also more nuanced than stories about the city's polarization imply. Even within Hong Kong's two political camps -- the pro-Beijing, pro-business establishment and the pan-democratic opposition -- there are diverging opinions on where Hong Kong should go, and how to get there.

Now is the moment to reach out and rebuild. As peace adviser Hannes Siebert noted at the forum, "there is a need for new mechanisms, both from the (city's leader) and from the students, because they have also reached their maximum power."

We should remember that Hong Kong has only been an autonomous region for 20 years. It is still a young political system. Many of the things advanced political system take for granted -- rigorous public engagement, deep policy discussions, and mechanisms for civil debate across the political divide -- still need to be developed here.

The spaces and forums where people can engage in safe, civil and private discussion about what the problems are, and how to resolve them, are still missing. These can be community centers, open spaces, private facilities, and other places, where community and social groups can bring together ordinary people for an open sharing of thoughts and opinions -- behind closed doors, if need be and as and when they choose. This is lacking in a city where the price of renting spaces borders on extortion. 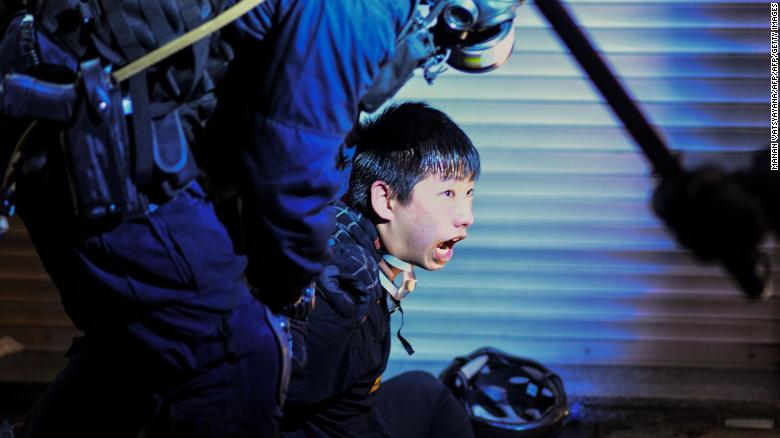 A pro-democracy protester is held by police outside Tsim Sha Tsui Police station during a demonstration against the controversial extradition bill in Hong Kong on August 11, 2019. Photo: Manan Vatsyayana / AFP/ Getty Images

Dialogue alone is not the only step on a positive path forward. But it must be the first one.

These sessions may not change anyone's mind, but participants hopefully will no longer see the other side as "the enemy": important after periods of polarization and social unrest, as seen previously in South Africa and Northern Ireland.

I've seen this personally. I've had the privilege of running programs with young leaders from Hong Kong business, civil society and government, with people from different backgrounds and political viewpoints in the same teams. Activists appreciated the chance to talk to those working for "pro-Beijing" organizations. Those originally from Mainland China enjoyed the opportunity to learn more about what drove discontent amongst Hong Kong people. Some even found these discussions reinforced their drive to improve the city.

This is why I've helped to create a new social platform for dialogue: "Let's Talk Hong Kong". By allowing citizens to take part in the city's "re-design," it will hopefully sow the seeds of a new Hong Kong. It would facilitate dialogue by providing access to a network of community dialogue centers, which would support reconciliation in the city. Through these spaces -- and with the ideas they generate -- the platform can help forge a society that might better manage social pressures and political turmoil.

People on both sides have argued that calls for dialogue are worthless while there's violence in the streets. Don't get me wrong: a ceasefire would make the work of dialogue easier. But, as peace expert Clem McCartney noted at the HKFA forum, an end to violence cannot be a precondition to dialogue.

There can be no doubt that Hong Kong is now a polarized society, and the past several months of protest have widened the political divide into a chasm. But if the city is to remain an open global city, people need to start talking to each other again.