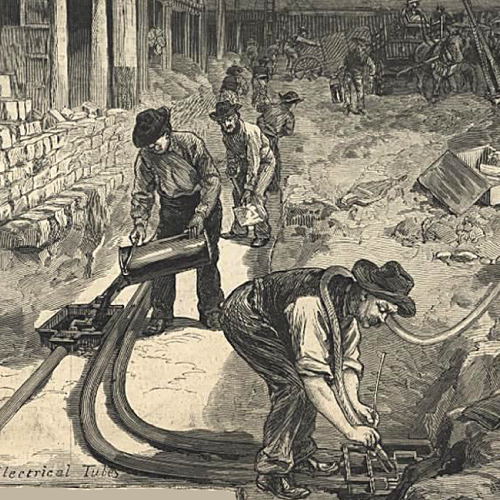 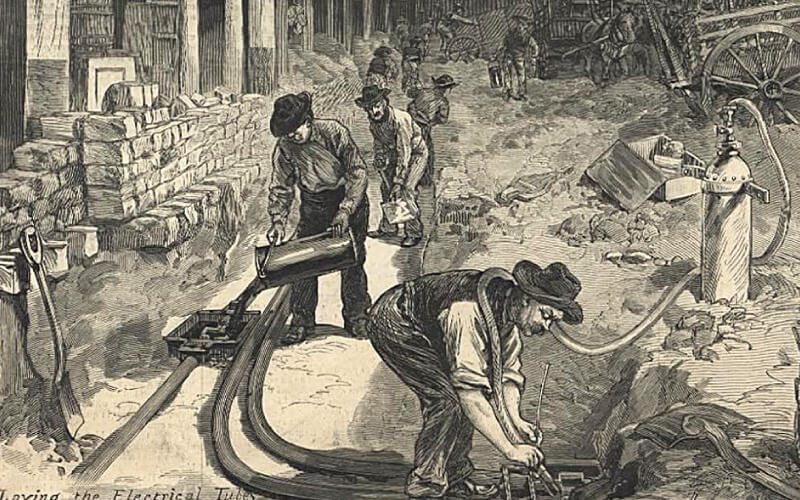 As part of “The Leadership Reset” — our new online offering — we discuss the role of technology in current society and with a focus on its relationship to a resource-constrained world.

Much of our current discussion of technology is anchored on the premise that applications like the internet and the smartphone have radically transformed our lives. This extends to technologies still in development: if you believe the hype, a whole range of technologies from cryptocurrency to artificial intelligence portend radical changes to how we live and work.

“The Fourth Industrial Revolution” may or may not end up being a real thing. But the current commentary around digital technologies perhaps over-estimates how transformative the past few decades really have been.

The hundred years of the late nineteenth and early twentieth centuries were truly radical in how they changed how people lived and worked (at least in Europe and North America).

Someone living in 1820, right as the Industrial Revolution was beginning, would have lived a life similar to those of previous generations. Even as factories started to be established, tools were powered by hand, horse or water. Communication was hand-delivered, travelling by horse or ship over large distances. Economies were still mostly local, with people, goods and services remaining in local communities.

Life would look very different in 1920, one hundred years later. Powered-vehicles, such as trains, cars and steamships, were now widespread, significantly reducing the time needed to transport people and goods. Flight was reducing travel times even further: a trip from London to Singapore that used to take 20 days by boat now took 11 days by plane. Electronic communications meant that information could travel instantaneously: the first transatlantic telegraph cable, laid in 1858, meant that international news travelled in minutes rather than days.

Over the next one hundred years, taking us to today, technology has continued to change. The world has continued to get smaller: a trip from London to Singapore now takes thirteen hours rather than eleven days. The rise of personal computing, the internet, and smartphones has also transformed how we work and access information.

But it’s not clear that life is dramatically different than how life looked in 1920. The technologies we use today are smaller, faster, more efficient and (perhaps most importantly) much cheaper, but are still fundamentally the same as what people used decades ago. Someone living now would recognise many of the things their grandparents used; the same may not be said of someone in 1920 looking back on the lives of their grandparents. 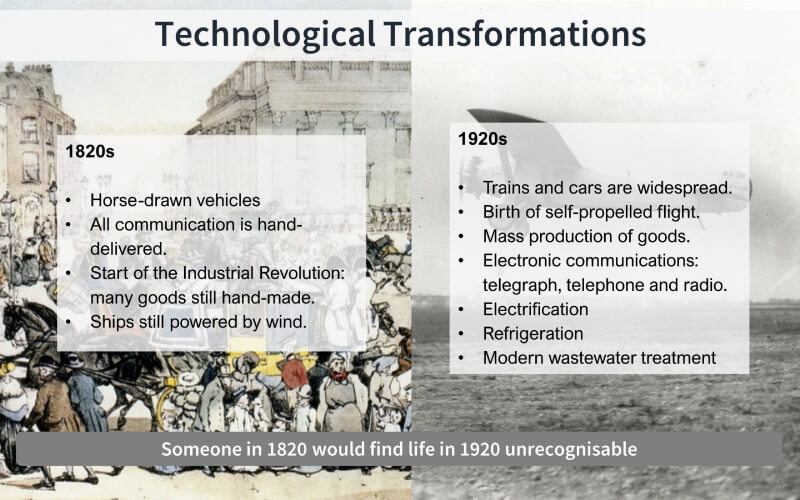 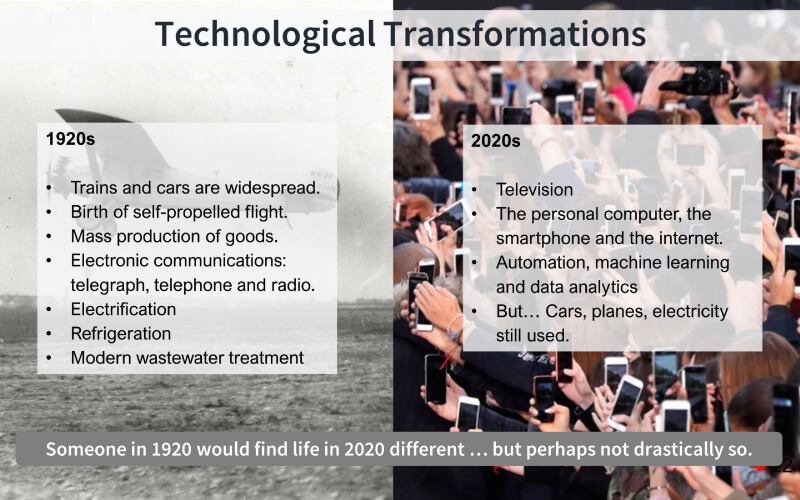 Economic data backs up this assessment. A close analysis of economic growth in the United States found that it enjoyed the largest productivity gains in the late nineteenth and early twentieth centuries: industrialisation, then electrification, then automation. Yet the most recent technological changes have not led to similar increases in productivity, which has in fact stagnated since the end of the Second World War.

This is admittedly a Euro-centric narrative. Throughout the latter half of the Twentieth Century, communities around the world saw the same transformation to their standard of living, sometimes within just one generation. Stories out of China, for example (such as those shared in memoirs like Under Red Skies by Karoline Kan) show the dizzying speed at which new technologies were adopted by non-Western communities.

These observations about technological transformations should be a reality check for those talking about the transformative potential of digital technologies. “The Fourth Industrial Revolution” may be as radical a transformation as the first three, but current evidence has yet to support that claim.

From artificial intelligence to cryptocurrency, many new technologies are presented as revolutionary, and it can be hard to judge those claims objectively. Arguments about the "Fourth Industrial Revolution" may be partly true, and partly hyperbole. But knowledge of previous technological transformations allow us to have more realistic judgements of up-and-coming technological developments.

Will 3D printing, for example, truly be as revolutionary as electrification? Perhaps not.