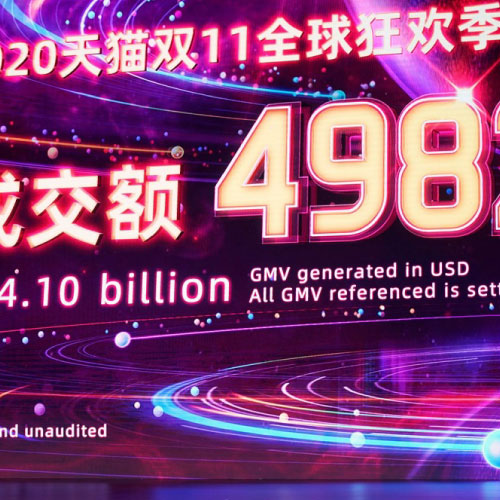 Singles' Day Past Its Sell-by Date 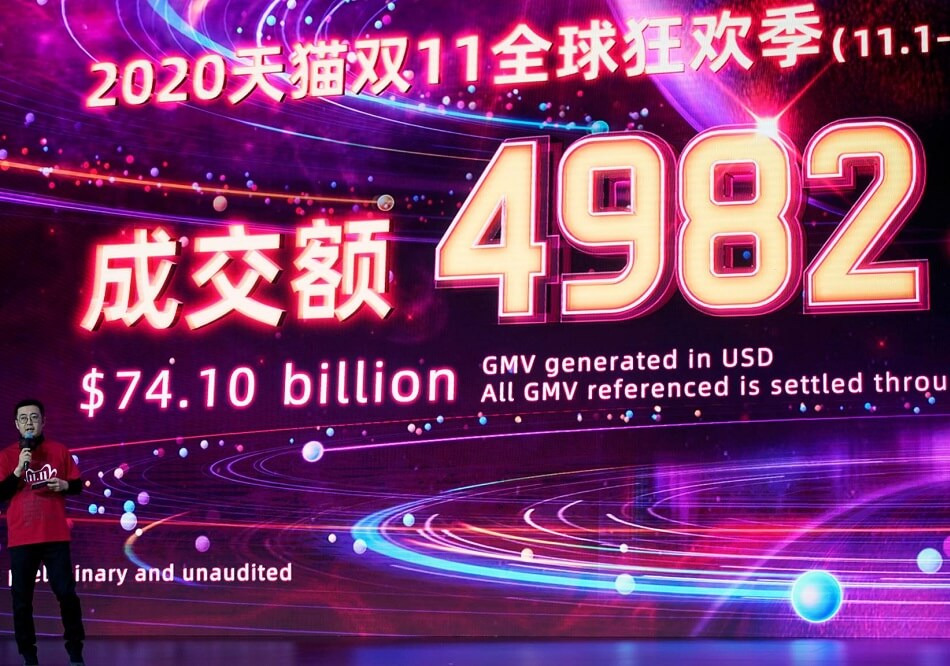 Another Nov 11 has come and gone. The global online shopping carnival known as Singles' Day, created by China's Alibaba Group, has set another record for the volume of stuff bought and sold. This year's tally was $74 billion. But it hardly made any headlines this year in a world concerned with more pressing issues－the pandemic, geopolitical tensions and climate change. It was also overshadowed by the regulatory postponement of the Ant Initial Public Offering and newly released anti-monopoly guidelines. With environmental restoration an increasing priority for the Chinese government and wasteful behavior no longer fashionable could the shopping frenzy's days be numbered?

This year the online gala of consumption was set in juxtaposition to China's stated target to stabilize carbon emissions by 2030 and be carbon neutral by 2060.Those who know the scale of the challenge, know that a great deal must be done to reduce the carbon footprint of underpriced consumption. Thus, a good signal would be sent by addressing this most carbon-intensive day of the year. A reported 4,000 planes and cargo ships were prepared to deliver nearly 3 billion parcels, and transportation is just the proverbial tip of the iceberg. Instead of celebrating spending data, analysts should also be counting the costs, in carbon, resources, waste and human toil, including the delivery workers who pay a high price in extended hours and grueling conditions to satisfy others' desire for immediate gratification.

Harvard Business Review referred to it as a "unifying cultural day of unabashed retail therapy". Other analysts talked of "revenge spending" as if citizens were fighting the pandemic for their right to shop. Meanwhile the China Consumers Association called for "rational consumption" and for buyers to be alert to promotional tricks. Could it be a veiled reference to the dangers of spending beyond one's means? Or that unproductive shopping must change in a carbon-constrained future.

Singles' Day is thus the pinnacle of an inappropriate economic model that underprices natural resources and externalizes the true cost of production and consumption. It epitomizes a business model that is at war with the planet.

Advanced technologies accelerate this war. Where data analytics, predictive algorithms, and artificial intelligence are applied, commerce becomes an instrument to maximize material throughput in the economy. Digitally enabled marketing gimmicks are designed to convince people to buy more than they need, and often with money they do not have via credit. Perpetuating and even expanding upon Western traditions of holiday shopping and social fabrications with exotic names such as Black Friday or Cyber Monday undermines China's quest for a sustainable future and its influence on the issues that matter in the 21st century.

The narrative of unbridled consumption also contradicts the Chinese concept of moderate prosperity－achieving a comfortable standard of living for all within society, beyond mere basic needs, but short of the boundless desire for all forms of gratification characterized by other modern societies. It is a positive ethos that can be and should be exported in our era of resource constraints.

Hong Kong has no equivalent shopping event, but we also have no moral high ground. With the second highest per capita ecological footprint in the region, and the 10th highest worldwide, our landfills are nearly overflowing. By some estimates they comprise 40 percent food waste. Yet the Hong Kong Special Administrative Region government has failed again this past June to pass a mandatory waste charging scheme.

In a year when many are questioning long-held beliefs, and at a time of historical inflection, China's policymakers should reject outdated Western notions of linking material excess to success and prosperity. They should seek instead to institutionalize purposeful economic growth with a focus on improving quality of life and reversing trends which threaten natural capital. This would be a valuable mindset shift for Hong Kong as well. Reform of wasteful online commerce would influence behaviors, particularly among the young, for the necessary adjustments to a less carbon-intensive economy.

From an economic growth perspective, priority should be given to innovations to reduce emissions and enable adaptation to climate impacts. Activities to restore the natural environment can contribute to both economic metrics and sustainability objectives. Waste disposal should be priced into the privilege of frivolous over-consumption.

At the 75th United Nations' General Assembly, President Xi Jinping said: "Humankind can no longer afford to … go down the beaten path of extracting resources without investing in conservation…"This will undoubtedly translate into reform of the single most wasteful day of commerce. Those cashing in on this year's frenzy should reposition themselves and be mindful of the coming reality. Policymakers need to act sooner rather than later.