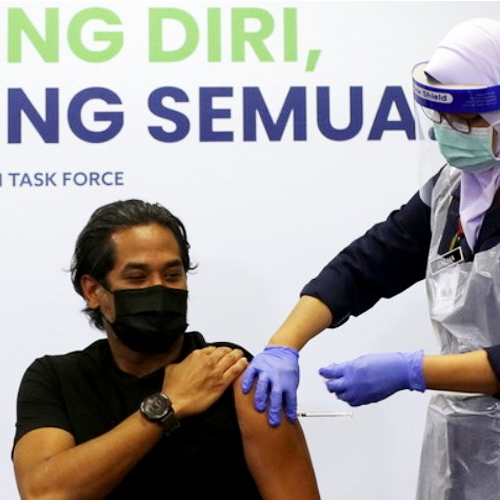 Vaccine rollout: A chance to build trust and transform the country 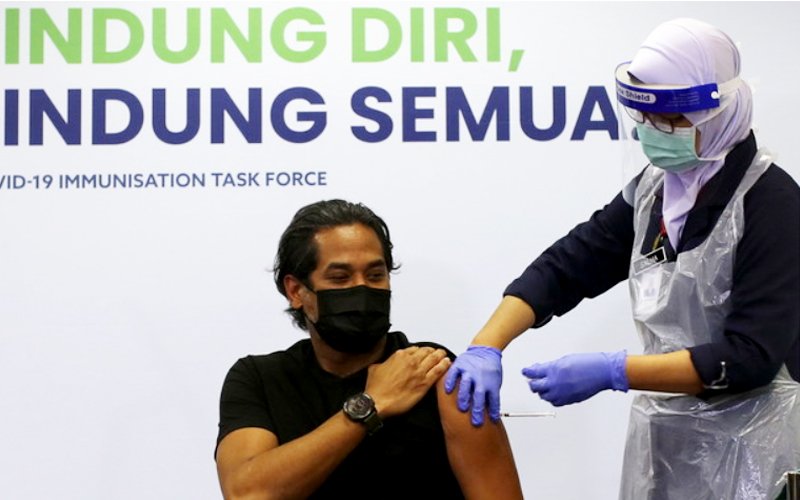 The rollout of the Covid-19 vaccine presents the government with a tough yet timely opportunity to demonstrate to its citizens and the world that it is committed to transformation, and that its institutions are capable of rising to this unprecedented challenge.

Simply put, Malaysia has considerable work to do if it is to overcome the damage that 1MDB, recent political turmoil and poor national performance have done to the morale of its citizens and its political reputation around the world.

Former deputy international trade and industry minister Ong Kian Ming even recently labelled Malaysia as “Asean’s sick old man” for these very reasons. International commentators and the country’s friends have lamented the slide Malaysia appears to be on.

Herein lies an opportunity to start building a post-pandemic Malaysia which is a departure from the malaise that has inflicted the country for far too long. The people are ready for it and this opportunity needs to be seized.

There are three major areas in which the rollout of the vaccine programme will test the government and can be used to start the transformation:

This is not the time to dish out favours to friends.

As the government unveils its plans for delivering the vaccine, there is palpable tension and anxiety among commentators and the public that this will be yet another political drama. Malaysia’s public health system does not yet have the capacity to handle this magnitude of operation, in terms of the technical skills and human resources required. The most qualified, hardworking, and stretched doctors, nurses and administrators are not logistics experts, cold-chain operators nor data tracking and IT experts.

Given this, the government will have to partner with the private sector for support, and herein lies major risk factors: Can the government run a programme to deliver the vaccine nationwide without being usurped by private interests and politicians in typical fashion? To have any chance of doing so, it must set a goal of zero tolerance for corruption and tap into the best talent in the country and enlist their support. This is not the time to dish out favours to friends.

Fortunately, this considerable responsibility falls into the competent hands of science, technology and innovation minister Khairy Jamaluddin, who is overseeing the vaccination delivery. He has been actively communicating with the public to dispel myths surrounding the vaccine and now needs to take steps to ensure the above challenges are addressed.

Whichever vaccines Malaysia deploys, he should ensure that the public-private interface of the process is free of any semblance of patronage, cronyism, and incompetence through a rigorous licensing process.

He should also be allowed to leverage all necessary channels and be able to count on the best talent in the country to support him in this endeavour, be they from government, the private sector or academic institutions.

The government needs to make these principles the core of its approach.

Why? Because we are already seeing tell-tale signs of Malaysia’s famed rent-seeking behaviours at play. Many organisations are putting themselves forward for a vaccine distribution licence with little to no experience in the healthcare industry.

This is potentially worrying given the gravity of the situation and the consequences of a botched roll-out by private sector players. This is Malaysia’s most severe matter of public health ever, and lives are at risk, so it is hard to see sudden moves into the healthcare space by unqualified parties as anything other than a way for companies to grab their slice of the profit pie, irrespective of their expertise.

It is critically important that the government does not allow unscrupulous actors to use profiteering and other business motives such as the impact on stock prices to influence their decision on participation in the vaccine roll-out process. Rather, technical and managerial competence backed by financial strength should be the key prerequisites for companies to participate in the programme. Seeing the vaccine as an inroad to high company valuations and market manipulation must be prevented by the government.

A failure on this front took place in the UK, where the government has fallen prey to precisely the behaviour warned against in an article where it states up to £4 billion of government contracts to supply personal protective equipment and create a test and trace system were not publicly announced. Ill-suited companies were commissioned through government contacts and ultimately a shortage of PPE ensued; no test and trace system was set up; millions of pounds were lost; and lives were endangered. Public trust in the UK government hit an all-time low.

Meanwhile, in the US, rollouts were bungled in places such as Texas, where poor coordination between distribution agencies resulted in huge delays. Malaysia, on the other hand, does not have the same deep pockets or resources to easily overcome failures like this, and instead must contend with institutional structures weakened over years by poor governance and corruption. It cannot afford to fail; after all, those most affected will be the most vulnerable.

To prevent the same dystopian scenario unfolding in Malaysia, there are five things the government must do to effectively deliver the vaccine and protect the people and thereby enhance its reputation:

There is no reason why the government should not implement these protocols during these challenging times and thus start to set the precedent for the future. Although external expertise will be needed in certain areas, there is considerable talent within the country to make the roll-out a success. It just needs to be mobilised.

We must give recognition to the fact that the Malaysian people and civil service alike have demonstrated considerable resilience and varying degrees of foresight during this turbulent period. Now, when a glimpse of a conclusion is in sight, the government must seize the moment and act to reclaim its legitimacy, build trust, and safeguard its people – as promised and is the social contract.