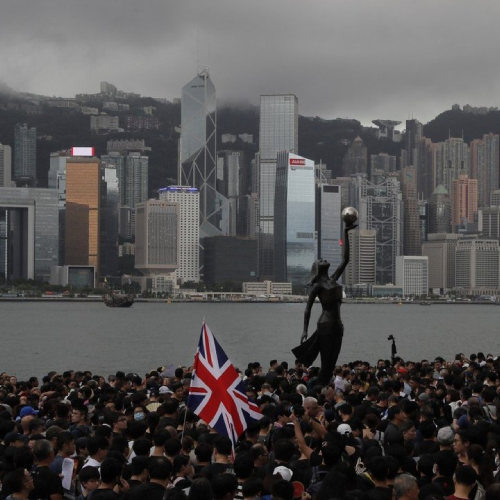 how the West colonised Asian minds 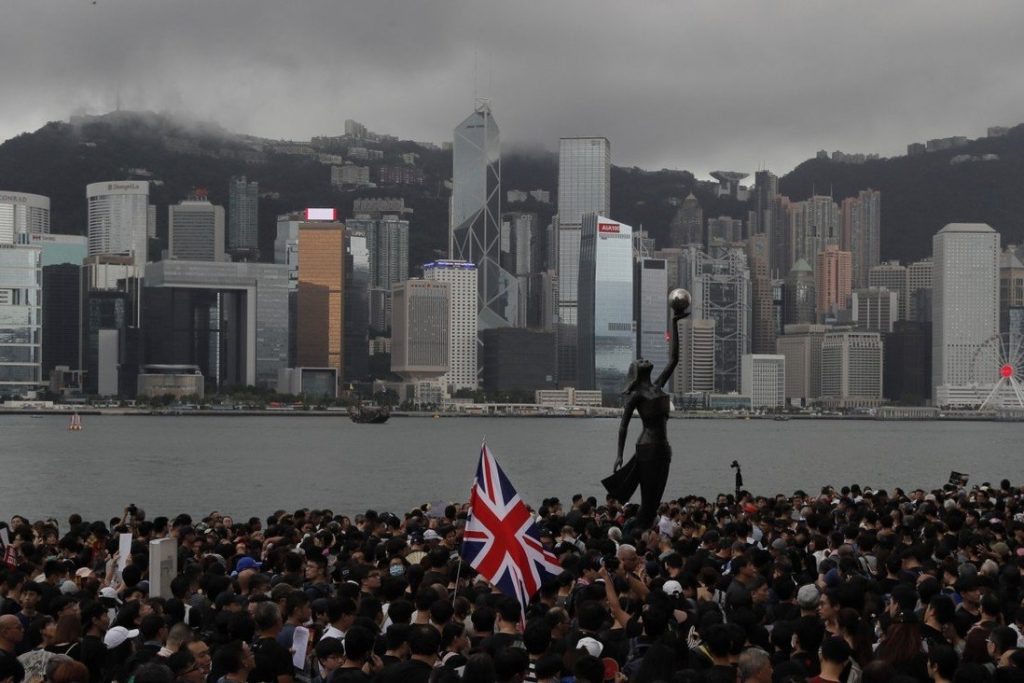 Demonstrators fly the British flag during the Hong Kong protests in 2019. Photo: AP

In late June and early July, First Nations communities in Canada found over 1,000 unmarked graves of children in Indian residential schools, which were run by the Roman Catholic Church from 1899 to 1997. This has led to activists burning Catholic churches and taking down statues of Queen Elizabeth II and Queen Victoria.

These residential schools often coercively separated First Nations children from families, forcing them to speak English and learn European curriculums. Any attempt to dress, speak, or act like a First Nations individual was punished. There were 130 schools like this, with estimates that over 6,000 children died due to poor sanitation, little protection from the cold, or abuse from school staff. Similar practices existed in Australia, where up to one in three First Nations Australian children were taken by federal, state and church education initiatives. They are collectively referred to as the Stolen Generation, and it has led to social trauma and inequality that persists today.

However, these tragic events are largely hidden in Canada’s history, and certainly from international perceptions of the country. Instead, Canada has a global reputation for being friendly and polite, and is not known for this “cultural genocide”, as the Truth and Reconciliation Commission of Canada described it in 2015.

But other countries around the world are absolutely defined by unsavoury moments in their history: global media will refer to Tiananmen Square when discussing China; to state-backed assassinations in discussions of Russia; to corrupt, incompetent leaders in African countries and dictators in Latin America. 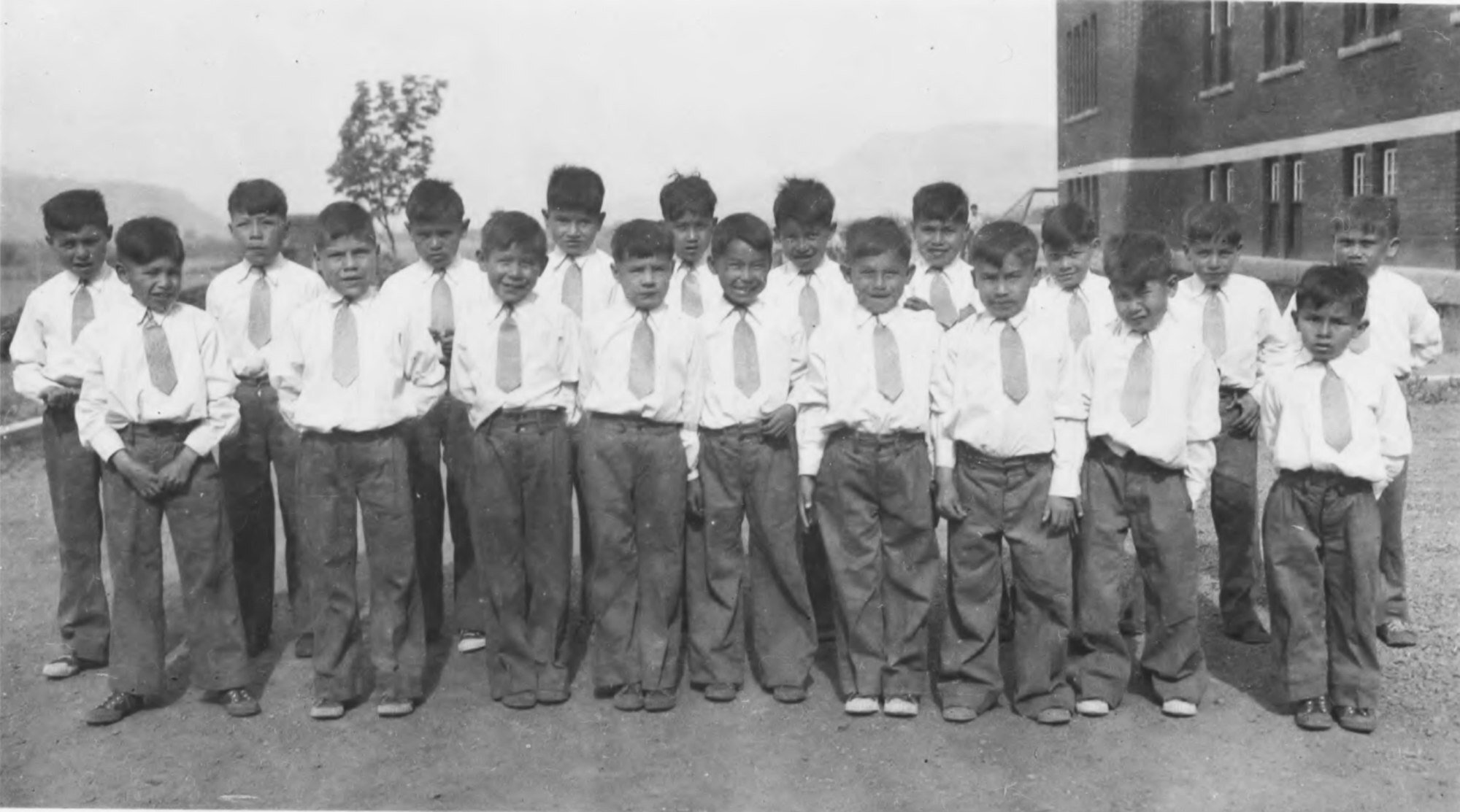 A photo made available by the National Centre for Truth and Reconciliation at the University of Manitoba shows children at the Kamloops Indian Residential School in British Columbia, Canada, in 1944. A mass grave has been located at the site of the school that contains the bodies of 215 children whose deaths went undocumented. Photo: EPA

Yet is America defined by “pioneers” destroying First Nations culture and committing genocide? No. Is Australia defined by settlers waging war on the First Nations people who until 1967 were not even considered citizens in their own country? No. Is tiny Belgium defined by its horrific colonial treatment of the population in Congo? No. The list is long.

Here, a pattern begins to emerge in how Western and non-Western countries are portrayed and perceived in lay understandings of historical events.

Common historical narratives of Western countries cover up or dilute colonial atrocities, war crimes and genocides. This includes even recent ones, such as the illegal invasion of Iraq. Sometimes these events are espoused as “building civilisation or bringing freedom”. Conversely, non-Western nations are defined by their historical stains, which cling to them like monikers, while the larger body of their histories are quieted or ignored. China’s celebration of the 100th Anniversary of the Communist Party in July was invariably criticised with references to its dark past, including famine and the Cultural Revolution. Yet celebrations in the West are hardly ever viewed in the same way. For example, July 4 celebrations are rarely discussed with reference to the slaughter of First Nations Americans.

This is not accidental. It is a selective retelling of history that enables the West to maintain its global dominance through the indoctrination of Westerners and non-Westerners alike – or as the brilliant French-West Indian political philosopher Frantz Fanon called it: colonisation of the mind.

It is critically important that young people understand what “colonisation of the mind” means so they begin to ask the right questions about their countries and the current world order. In the context of retelling history, it refers to how curated historical viewpoints are used to construct opposing identities in the minds of Westerners and non-Westerners, to the benefit of the former. For a Westerner, this identity is based on superiority: believing you and your culture are better than others, and that the West’s current global dominance is unrelated to the colonial rape of the world. For a non-Westerner, this identity is based on subservience: believing Western people and cultures are better than your own and should be emulated because they represent advancement and equality.

Some may scoff and consider this as outdated postcolonial rhetoric and an attempt to twist history or even a conspiracy theory. But to quote an oft-used phrase: “History is written by victors.” This aptly – if simplistically – explains why the world has been spoon-fed certain re-tellings of history, because the victors of the last few centuries have been Western colonialists and conquerors. In fact, the phrase itself is an example: it is attributed to Winston Churchill, though he did not invent it (the source is unknown). The man is lauded for the wisdom of a phrase that is not his own, but is he known for passing deeply racist foreign policy that resulted in the starvation of three million Bengalis? No. British students are taught about famines caused by Mao, but not those caused by Churchill.

It is in schools around the world where much of this conditioning occurs, through syllabuses that stem from Western colonial education systems, particularly those exported by France, Spain, Portugal and Britain. These curriculums were replicated in colonies across Africa, South America, Southeast Asia, India, and Japan, and their modern-day counterparts often do not explain how colonisation has enabled the West to continue its economic and cultural influence into the present day. Young people in Hong Kong are a good example, as they are taught through a British education system to dislike China and worship the West. They are enamoured by all things Western and some even educated to believe they are not Chinese. Missionary schools throughout the colonies played an important role in this “mind capture” with religion sadly used as an instrument of subjugation.

Instead, imperialism, colonialism, and racism are painted as things of the past, as if ended by the decolonisation and civil rights movements of the twentieth century. This selective teaching promotes the myth of the “benevolent West”: that the West has acted as a benign force towards other cultures and that it continues to have a positive influence on the world through its economic models, governance systems, cultures, and more. Essentially, it is very effective propaganda. 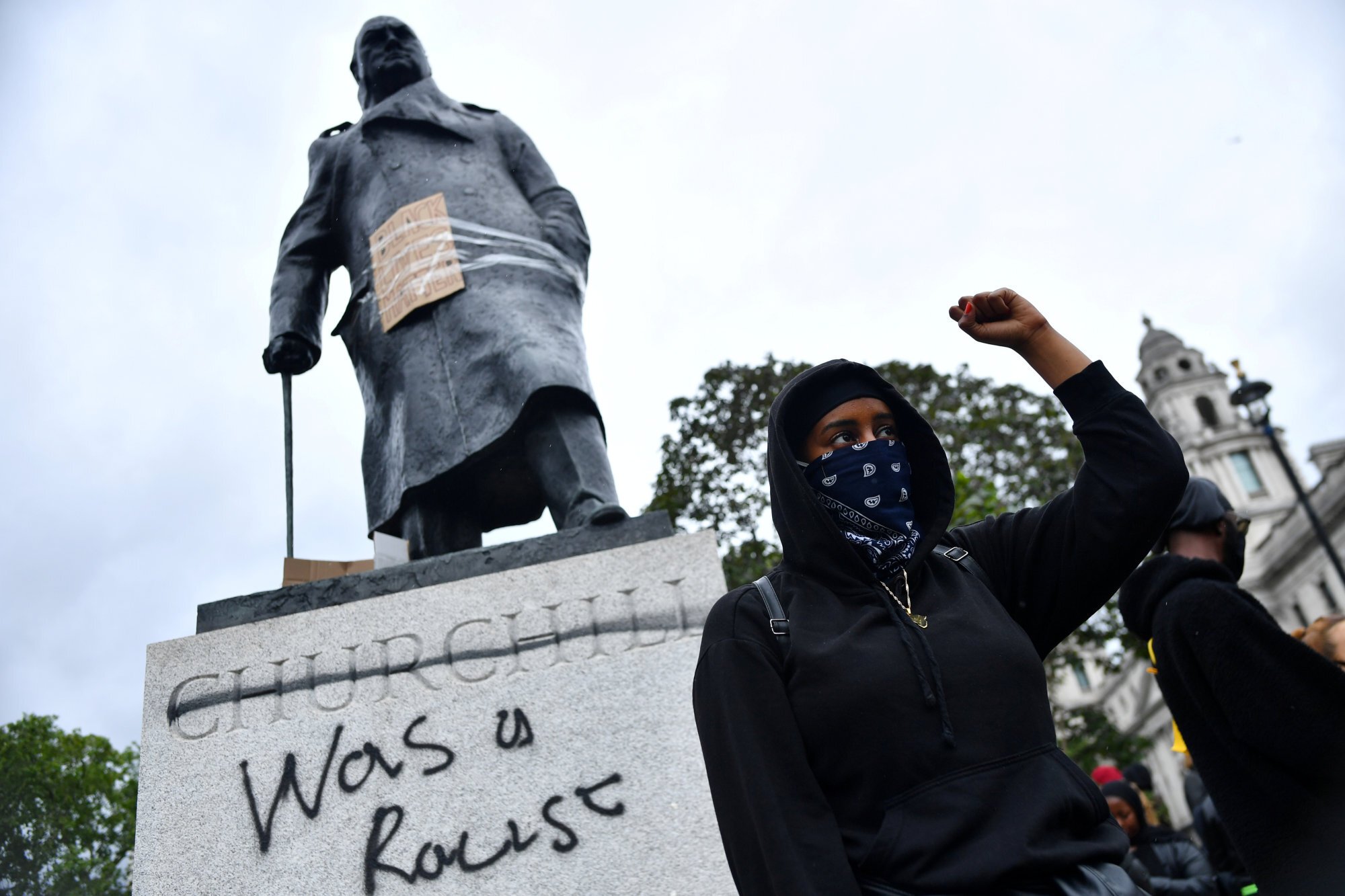 Graffiti on a statue of Winston Churchill in Parliament Square, London, during a Black Lives Matter protest. Photo: Reuters

And this propaganda does not just obscure the dark parts of Western history; it also ascribes global progress and modern civilisation to the West, which leads non-Western populations to believe that Western civilisation is the greatest. Westerners attribute the origin of many scientific concepts and theories to the Ancient Greeks or Renaissance thinkers: Plato, Aristotle, Leonardo da Vinci, Michelangelo, and others.

In fact, the Renaissance is described in history books as the apex of human achievement in art and science, almost as if the rest of the world lived in darkness and ignorance before it. Yet this is patently not true: the Indian mathematician Baudhayana wrote a theorem on right-angled triangles one hundred years before Pythagoras; the Bengali Jagadish Bose was the first to discover ways to receive and emit radio waves, before Marconi; the Persian mathematician Muḥammad ibn Musa al-Khwarizmi introduced the concept of zero to the West; the Arab writer Al-Jahiz proposed the concept of natural selection far before Jean-Baptiste Lamarck and Charles Darwin did.

By excluding the innovations of non-Western thinkers from school syllabuses around the world, Western countries enable their societies to be held in the highest regard, as the founders of the modern world. By contrast, non-Western peoples are more likely to be unaware of their historical lineage, which has been eroded by the combined forces of colonialism and globalisation. Most Asian millennials have very little appreciation of the harm inflicted by the French and Americans in Vietnam through wars that killed millions.

This subservience explains why many of the elite in former colonies – such as Hong Kong, Singapore, India, and Malaysia – are more interested in emulating British and Western culture than their own or that of any others. The movie Crazy Rich Asians is a great example of this fetish. So, when will the West come clean on this? The world is increasingly “woke” to the selective nature of global history, especially as more tragedies like these unmarked graves are revealed. But will the United States fund studies to determine how many million Native Indians were actually killed by the settlers? Will Australia come clean on the same subject so that there is a proper account in history? 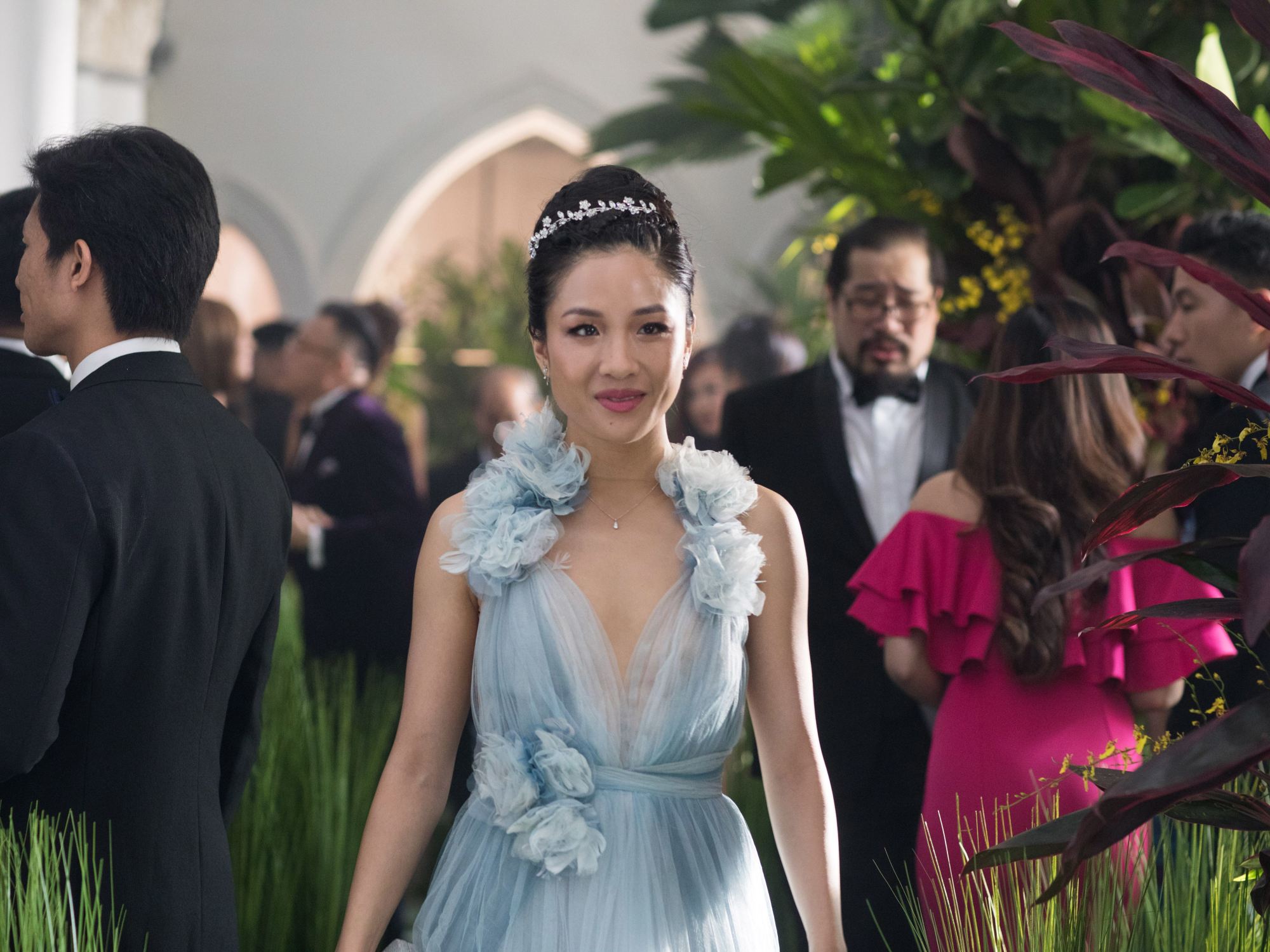 The movie Crazy Rich Asians is an example of Asia’s fetishisation of Western culture. 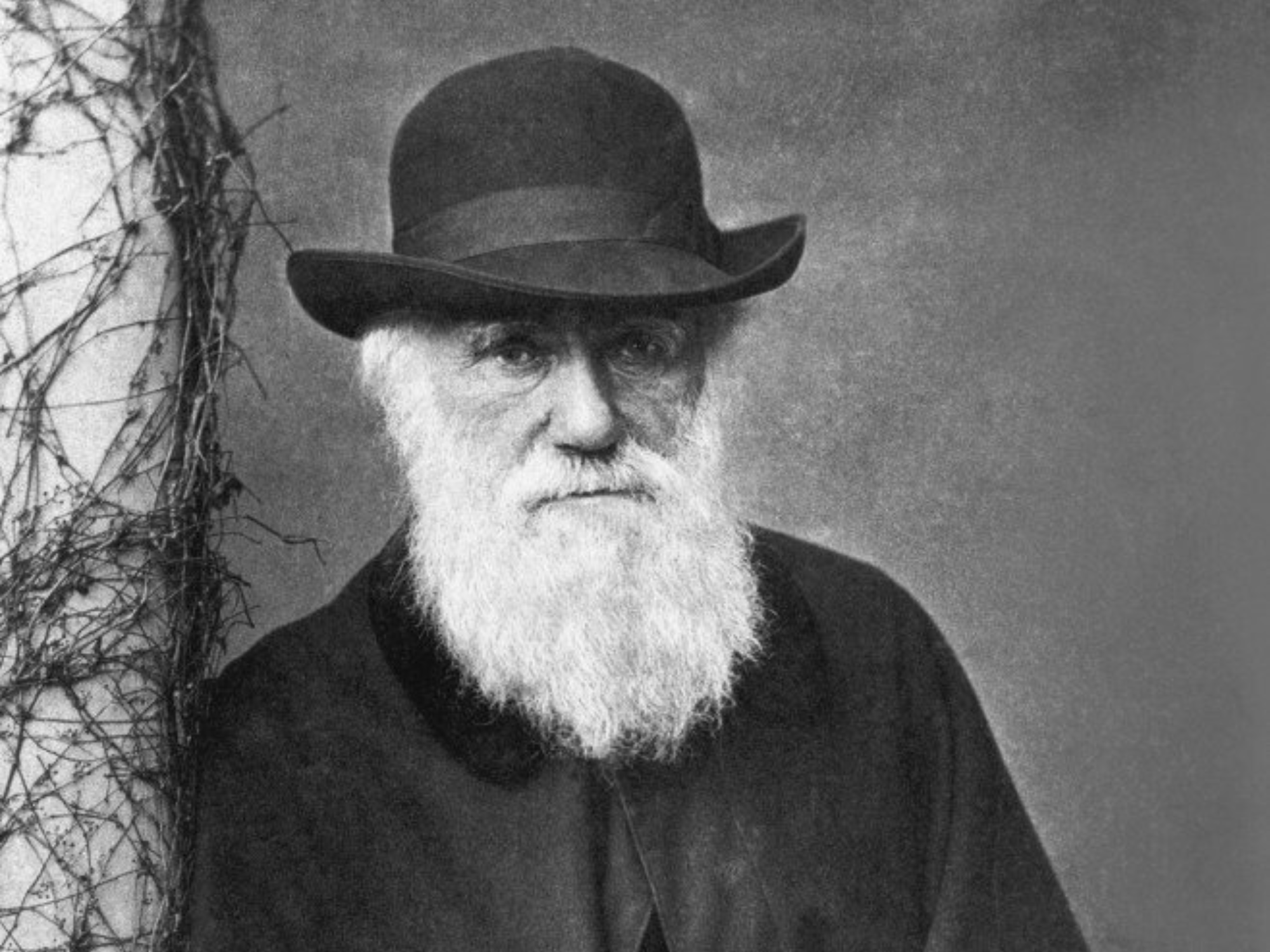 Charles Darwin, pictured in 1881, is remembered for the concept of natural selection but it was proposed far earlier, by the Arab writer Al-Jahiz. File photo

It is unlikely, and we cannot wait for the West to repent or admit its crimes. It is incumbent on others to fund the research and writing of their story before it is too late. I would encourage everyone, especially Millennials – Westerners and non-Westerners – to pick up an alternative history book and get the facts. Then think about history as it is being written now – what is being doctored as you read this? What is your understanding of China? Do you understand the historical context of what is going on in Myanmar now? Do you understand how democracy was thwarted in Iran by the West and what led to the current state of affairs? Do you even know what happened in Iraq less than twenty years ago? And as the poor people of Afghanistan yet again endure another unravelling of their country, do you know how the country has been a pawn in wider geopolitical struggles going back decades and involving Western powers?

It is time for the West to stop using historical legitimacy to claim ownership of leading the world into the future by its own reckoning. And it is also time for Westerners and non-Westerners alike to produce alternative and more honest narratives, to unmask this privilege and help create a fairer world.

Chandran Nair is Founder and CEO of the Global Institute for Tomorrow. His next book, Dismantling Global White Privilege: Equity for a Post Western World, is due in December. Pre-order now.
Share
SPEAK TO US
Our Spring Sale Has Started