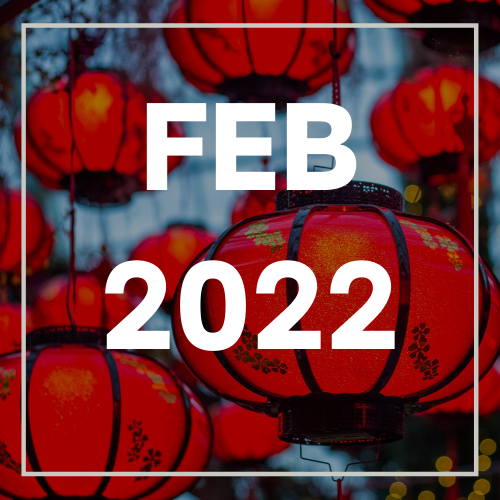 Tomorrow Matters took a one-month hiatus for January and in that time, much has happened, most notably the Chinese Lunar New Year, during which hundreds of millions of people who have created a livelihood in cities returned to their hometowns to celebrate with family. In China alone, an estimated 1.8 billion trips will have been made.

This month’s edition of Tomorrow Matters looks at the two sides of ‘unity’. We open with a piece about China that explores how Chinese political philosophies are increasingly united by the concept of “democracy with Chinese values”. We then move to India, where the nation is heading into its 75th year of independence, and is united through national pride, but also colonial history. Next, a piece about the diplomatic process of unifying Muslim-Malay separatists in the south of Thailand. Then, a piece from Cambodia looks at the unification of new technologies with agricultural techniques. A cultural article from Malaysia and Singapore is last, examining the optimism and careful caution of Chinese families as they unite for the Lunar New Year.

Readers of this newsletter may also be interested in a book recently published by the Global Institute For Tomorrow’s Founder and CEO, Chandran Nair, entitled Dismantling Global White Privilege: Equity for a Post-Western World. It examines how white privilege is perpetuated in globalised systems to maintain Western economic and cultural dominance, and therefore how dismantling this privilege will help to create a fairer, safer, and more sustainable world for all.

The book has been gaining international traction and was recently featured in the Financial Times as some of the best new writing in politics. If you are interested, you may find more information here, and purchase the book here.

Why is China insisting it is a democracy?

The concept of “democracy with Chinese values” in China has been discussed for over a decade, with comparisons being drawn between “consultative democracy” and “representative democracy”. Recently, China’s State Council has published a Democracy in China white paper that adds to this narrative.

Writing for The Diplomat, political commentator Brian Wong looks at the progression of this concept and provides an insightful examination of the evolution of China’s ‘legitimation narrative’: the values that define and legitimise the CPC’s shifting governance system over time. Working from Deng Xiaoping’s “Gilded Age” to Xi Jinping’s focus on the people-centred “mass line”, Wong makes the case that democracy with Chinese characteristics has been evolving in China for some time, according to Chinese values and political philosophies.

On 15 August 2022, India will celebrate its 75th year of independence. The event is being commemorated with a 75-week celebration that is currently on-going in the build up to it. There are planned cultural festivals across the nation.

However, amidst the national pride, Vinay Sahasrabuddhe writes about the shadow that colonialism still casts across India for New Indian Express, describing how recent controversies over the marking of historical events demonstrate a colonial mindset. .

Sahasrabuddhe prominently states: “Even 75 years after Independence, the virus of inferiority is afflicting our confidence, preventing us from asserting and telling the world that we won’t dance to the tune of global giants."

Can Thai separatists and Bangkok agree on peace in talks brokered by Malaysia?

On January 11, the Barisan Revolusi Nasional and other Malay-Muslim separatist organisations from Thailand's southern regions were expected to reach a peace agreement with Bangkok after recent disputes.

Hadi Azmi, writing for SCMP, explains strategies for this, and provides a detailed analysis of the circumstances that led to the formation of separatist movements in south Thailand. To complicate matters further, Malaysia's selected mediator, a previously disgraced ex-cop appointed by former Prime Minister Najib Razak, was not warmly accepted by the separatists.

As violence and public unrest erupt in Thailand amid the pandemic's Omicron wave, Azmi reminds us that diplomacy rooted in the realities of the region is essential to minimise the fallout.

High-tech agropreneurs is the next big thing in Cambodia's economy

The pandemic highlighted bottlenecks in supply chains which made certain countries acutely aware that they were not self-sufficient in the production of staple foods. Given this, Cambodia is making a push to couple new technologies with its agriculture sector for the twin purposes of providing for its people and stimulating its primary industries.

As Sok Sithika writes for the Khmer Times, one aim is “to build 10,000 greenhouses by 2030, which will produce a minimum of 400,000 tonnes of vegetables every year not only to provide food security to the Cambodian market but also to become net exporters of vegetables to the entire region.”

As Cambodia continues to rapidly grow within ASEAN’s broader developmental context, this is a topic to keep watching.

Singapore and Malaysia tread carefully into Year of the Tiger

Lunar New Year is a highly anticipated celebration in Malaysia and Singapore. After two years of celebrations being cut short during the first three waves of Covid-19 starting on 25 January 2020, many Malaysians and Singaporeans were eager to celebrate with family and friends.

In a long cultural piece for Southeast Asia Globe, Ashley Yeong and Amanda Oon explore the importance of this holiday for the Chinese diaspora of these countries since the days of the first migration of Chinese settlers to the peninsula. But as pandemic restrictions linger, this year’s celebrations have mixed optimism with caution.