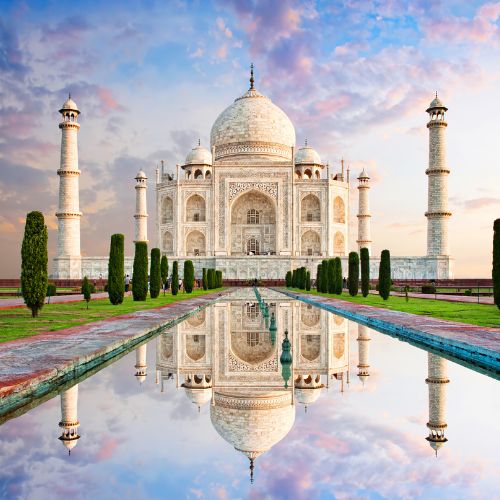 China in particular should support India’s ascension to permanent membership on the Security Council, a change that would reflect India’s global influence and a world order shifting away from the West’s dominance. 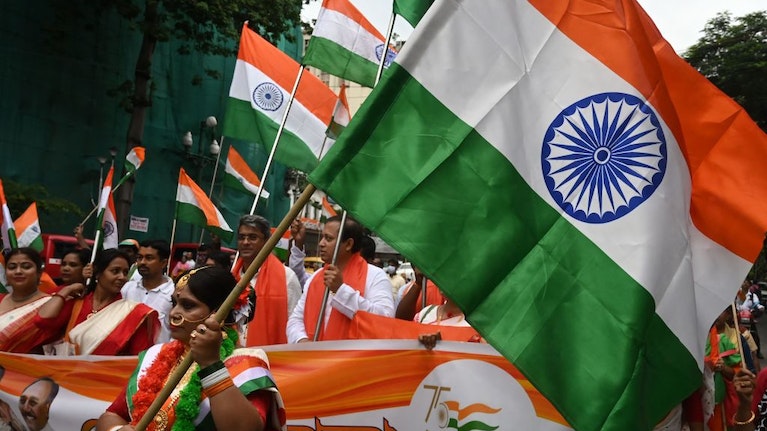 A rally for the 75th anniversary of India's independence in Kolkata on Aug. 10. (Dibyangshu Sarkar/AFP via Getty Images)

The United Nations recently declared that India is set to overtake China to become the world’s most populous country next year, with over 1.4 billion people. India is a force to be reckoned with and a prominent voice on the international stage. It is high time that it gets a seat at the table as a permanent member of the Security Council. And though it’s likely most members of the P5 might think otherwise, there are many good reasons they — especially China — should nonetheless support India’s bid.

It is absurd that a nuclear power with almost a fifth of the world’s people — most of whom share a commitment to Indian identity, history and culture — should be subject to the stipulations and decisions undertaken by five countries (China, France, Russia, the United Kingdom and the United States), four of whom have far smaller populations. The U.K.’s population, for example, is only a third of Uttar Pradesh’s, which is India’s most populous state.

Indians at home and in the diaspora play a prominent role in shaping global geopolitics. America’s vice president, a leading candidate for Britain’s next prime minister and Ireland’s deputy prime minister all share Indian ancestry. World-shaping businesses like Alphabet, Microsoft, Twitter, Chanel, Adobe and IBM all have CEOs of Indian descent. India’s role as a stabilizing force in Asia, its vast economic might, its culture — which is spearheaded by Bollywood but also includes religious pluralism — have all proven to wield substantial soft power over countries and peoples across the world.

None of these is a sufficient condition for membership per se, but they all add up to show that excluding India from the table is unjustified, if not downright prejudicial.

“Excluding India from the table is unjustified, if not downright prejudicial.”

The opportunity costs of excluding India are also far too high, comparable to telling the Indian people that their voices matter less than far smaller countries. The case for including China when the five permanent members were established — both the sheer size of the nation and that it was a growing independent power (whereas India was still a colony and had no geopolitical rights) — should hence be applied to India.

By empowering India through Security Council membership, the United Nations would equip the country’s leadership with greater prestige and credibility as an international actor, but also spur productive, organic changes in domestic politics. For one, permanent members are subject to heightened scrutiny of moral standards. While this did not stop the U.S. from invading Iraq or Russia attacking Ukraine, the rest of the world still holds higher expectations from the P5, a force that would compel India to address issues related to alienation of disenfranchised communities, including non-Hindus.

Despite the wealth and progress achieved through colonialism, imperialist conquest and military force, the West is no longer the power it once was. With increasing global economic uncertainties and political instability, precipitous inequalities and democratic failure, the West has lost the moral authority it had once sought to spread around the world; its lectures to other countries as to how they ought to govern themselves no longer carry the weight they once did.

Today, the West contains less than half the combined population of China and India. The two nations can and should imagine a global order in the 21st century steered by a Sino-Indian duo, one oriented around principles of peace and communitarianism as opposed to the confrontational tendencies that have long underpinned the Western approach to foreign policy.

China’s interest in supporting India’s bid is for several compelling reasons oriented toward China’s economic trajectory and ideological commitments. China offers a vast market for Indian firms seeking to transition away from more traditional industries. China also has an outsized financial market of liquidity and mobile capital, of which Indian startups and technological innovation could take advantage. India, meanwhile, provides a wealth of younger human capital that can support China’s transition into a higher-income country.

“China and India should steer a global order in the 21st century oriented around principles of peace and communitarianism, as opposed to the confrontational tendencies that have long underpinned the Western approach to foreign policy.”

The geopolitical and territorial skirmishes between the two states are unlikely to override such fundamental considerations. If anything, membership in the Security Council would incentivize both Beijing and Delhi to negotiate and discuss seriously the prospects for a brokered modus vivendi.

Beyond this, China remains committed to a multipolar global order. It has repeatedly affirmed that the era of Western hegemony and dominance has ended. Instead, it has furthered the view that former colonies and subjugated populations should reclaim political agency on the world stage. Core notions such as collaboration between developing nations and a community with a shared future for mankind underpin China’s renewed foreign policy outlook. In such a world, non-aligned countries are given the mantle and authority to sway decision-making.

Solidarity cannot be forged through inequality — it only comes through equal and unfettered collaboration. By supporting India’s admission into the P5, China would be making a strong statement with regard to its commitment to a multipolar world.

Should China prove to be the primary promulgator behind India ascending to permanent Security Council membership, it could be vital in strengthening political goodwill toward China in India. Bringing India into a Sino-Indian partnership would enable China to become a better interlocutor that shuttles between India, Pakistan, Bangladesh and Nepal, thereby reducing tensions in the region in the long run through tactful and pragmatic diplomacy.

Some may object to this, saying that if India becomes a permanent member, why not further expand the membership of the P5 — provided that too much power is not granted to actors who seek to subvert, as opposed to channel in good faith, the powers bestowed upon them. Talk of empowering the African Union with prospective membership is not far-fetched — indeed, it is very much a genuine possibility and an ideal outcome that should be supported.

“For far too long the Security Council has been dominated by white leaders and former colonial powers.”

Others may argue that changes to the composition of the P5 would be ill-advised now given the geopolitical instability sparked by the war in Ukraine. Yet this misses the bigger picture — by bringing India on board, the United Nations would be far better equipped to address tragedies like the one in Ukraine.

The unique convergence of India and China would help drive a new movement of non-alignment, one that could play a seminal role in brokering peaceful settlements of future conflicts. Non-alignment is a necessity: It allows space for diplomacy when entrenched ideological positions suffocate effective communication and the search for peace.

For far too long the world has abetted a status quo where only one of the five permanent members of the Security Council hails from Asia. For far too long we have seen it dominated by white leaders and former colonial powers. The decolonization of the United Nations has to start sometime, somewhere. Here is the moment. Now is the time. And China could play a pivotal role in bringing about this better future for India, for China and for the world.

Should China prove to be the primary promulgator behind India ascending to permanent Security Council membership, it could be vital in strengthening political goodwill toward China in India. Bringing India into a Sino-Indian partnership would enable China to become a better interlocutor that shuttles between India, Pakistan, Bangladesh and Nepal, thereby reducing tensions in the region in the long run through tactful and pragmatic diplomacy.