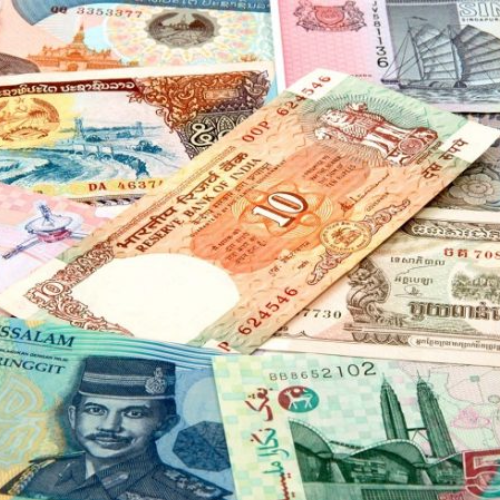 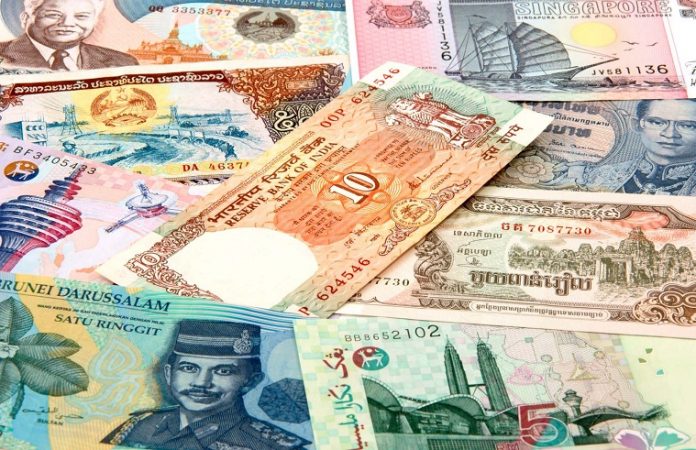 After the 2008 financial crisis, world capitals (particularly in the West) adopted a decade-long austerity approach; G20 nations gingerly agreed to a stimulus equivalent to 2% of global GDP. Now, the International Monetary Fund (IMF) has estimated that countries have cut taxes or increased spending by US$11.7 trillion (RM48.7 trillion) thus far — 12% of global GDP — in response to the economic pain and disruption of the pandemic and related public-health measures.

Governments are passing relief packages of record size, numbering into billions of dollars. In Asean, the size of stimulus programmes has varied from 5.7% of GDP in the Philippines to 10.9% in Indonesia, and even 22.1% and 26.2% in Malaysia and Singapore respectively.

New policy ideas are being embraced in this crisis; even ideas dismissed just a few months earlier. Spain launched a universal basic income (UBI) in June 2020, offering monthly payments of US$1,145 to the country’s poorest 850,000 citizens. Similarly, South Korea is trialling a UBI with rural citizens of Gyeonggi Province, assigning up to US$443 a month per citizen.

Central bankers are experimenting too. As US Federal Reserve chair Jerome Powell noted, “[We’ve] crossed a lot of red lines that have not been crossed before … this is that situation in which you do that, and you figure it out afterward.”

Before the pandemic, governments steeped in neoliberal ideological obsessions have long been sceptical of spending too much money. Even politicians nominally on the left wing were wary of massive public programmes to resolve pressing social issues or provide basic needs. “But how do you pay for this?” was a common question when discussing these programmes in both legislatures and in the media.

These ideological constraints were threefold. The first was a concern that public spending “crowds out” private spending. Massive government programmes would force competing private firms out of the economy, thus ensuring that markets rely too heavily on the public sector and the absence of creativity would change capitalism as we know it.

The second was a general ideological wariness towards “big government”: In general, mainstream politicians and economists believe that goods and services, even critical ones, are best provided by the private sector wherever possible, creating jobs in the process. 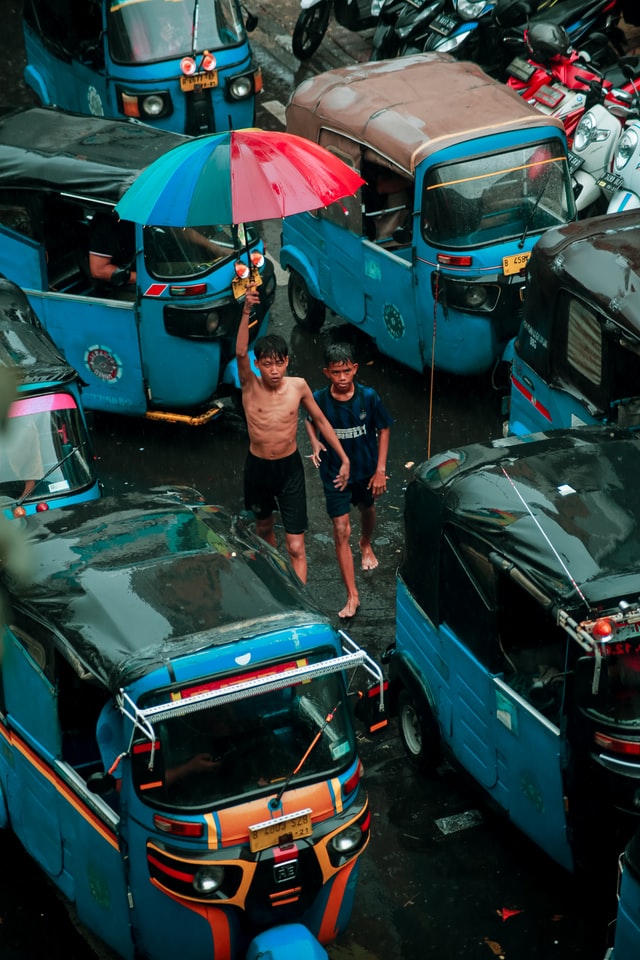 Finally, the left feels that increased spending must be carefully targeted, and that without tough conditions and monitoring, would cause the money to fall into the hands of the so-called market makers, enrich the status quo and artificially inflate the stock market.

The pandemic torpedoes these beliefs. In crises like this, government spending is the only thing that can keep things afloat. Refusing to support the economy means forcing people to go through economic pain longer than they should or allowing businesses to die.

Hesitance to go further meant that recovery from the 2008 financial crisis took at least a decade for some countries (if they ever fully recovered at all). This pandemic, which threatens a longer and deeper depression, should not be allowed to fester. Carmen Reinhart, chief economist of the World Bank, captures this nicely: “First you worry about fighting the war, then you figure out how to pay for it.”

It is not clear whether the free market and the private sector are providing the critical goods and services that sustain economies and societies. In short, the private sector often does not put money where it can do the most good despite decades of insistence by neoliberal economists. Governments can and should spend money to support important economic activity and decision-making that the private sector is incapable or unwilling of making, such as addressing inequalities and solving other socioeconomic ills.

The peculiar thing is that the world was operating in an era of easy money throughout the 2010s. Central banks around the world slashed interest rates to near-zero levels to encourage borrowing and spending, only starting to gingerly increase them again in the past few years.

While this had distorting effects on the private sector — such as the increased reliance on the stock market and venture capital as investors chased returns — it appeared to have no effect on public sector expenditure, where spending should actually have been oriented towards the social good and wholly justified.

In fact, some countries had negative yields for their bonds in real terms: people were literally paying the government to take their money. It was a massively missed opportunity that governments did not seize that initiative to launch massive spending programmes, whether in basic needs provision, supporting important local industries, restoring the environment, R&D, or even just building and repairing infrastructure.

Asean governments need to start considering that loosening the purse-strings for special provisions of public goods — such as education and healthcare —may be the best option for countries even outside of major crises. When countries have excess savings, or when citizens want to buy government bonds as safe assets, governments should take that opportunity and determine how these funds can be spent in order to best serve the public good.

Many ambitious national programmes, from the “Green New Deal” in the US to “Housing For All” in India, have been constrained, if not dismissed entirely, by concerns that they would be too expensive. If Asean governments suddenly felt free to unleash public spending, they could invest in necessary infrastructure, pay for public provision of basic needs and important public services, and invest in R&D to prepare society for future challenges.

Not every country will be always in this situation. Some countries have too much debt already; others may be offering unsustainable yields on their bonds; finally, others need to be wary of funding their projects through debt from overseas. But when countries have the opportunity to invest in their future, they should not let ideological constraints prevent them from doing so.

Given that the pandemic has provided an opportunity for a fiscal and monetary policy rethink, governments across Asean could embark on a programme to radically transform their economies to be better suited for a world marked by global warming, resource constraints and even more pandemics.

This would be money well spent and provide a good return, though not reflected in the stock market or the wealth increase of the 1%. Thus, the key is to target the spending and not allow it to be funnelled through existing market channels into the hands of the financial markets and, by extension, the wealthy.

This discussion leads to a question: Is this the time to rethink the legitimacy of certain sacred cows of public spending? Citizens should be asking their government to cut bloated military spending — often the source of great corruption — and excessive and expensive infrastructure like massive airports and ports, or even disproportionate emphasis on digitisation.

Instead, how about providing complete access to low-cost housing? This would give low-income families security, providing them more flexibility to invest in themselves and their households; assets that they can use to start their own businesses; and better health, expanding their ability to contribute to society.

This expanded economic activity will help to pay back the public debt. Investments in these areas would help improve the quality of life for ordinary people. Public debt is not harmful if it is used to improve living standards and provide safety and security. 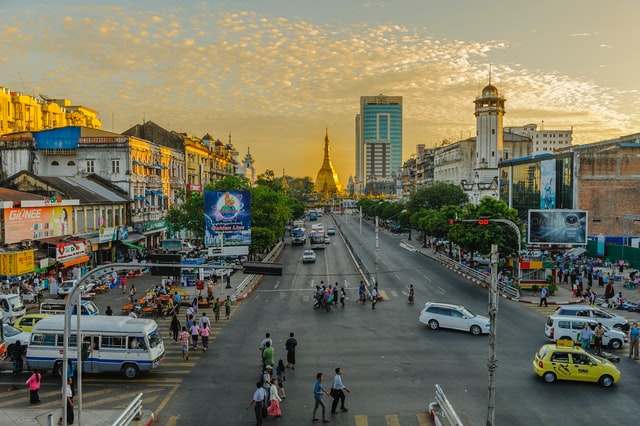