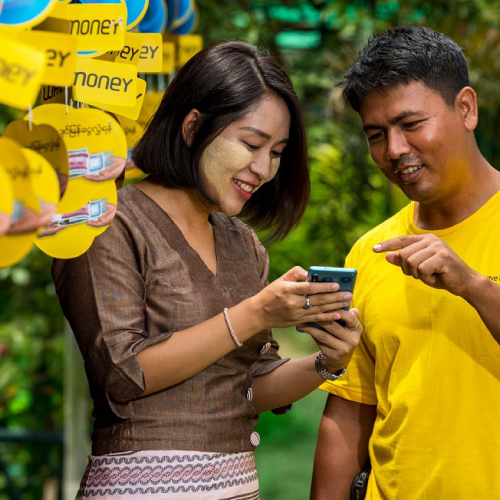 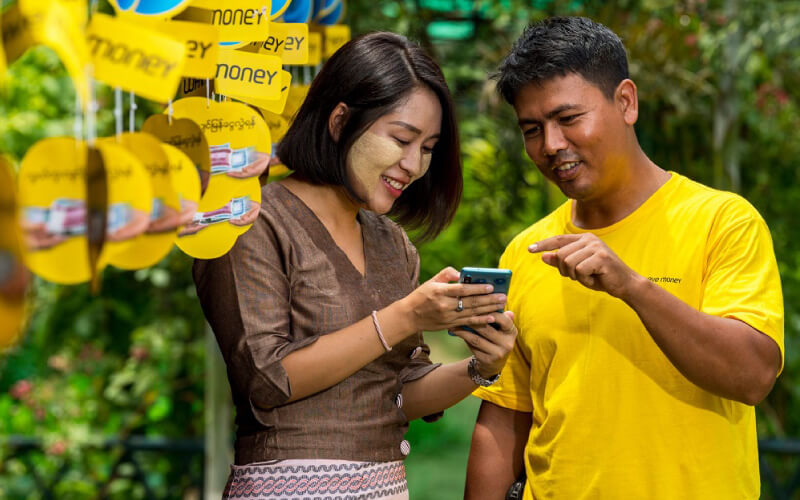 The COVID-19 pandemic is challenging long-held beliefs in economics and business that people have held for decades. As economies pause and support systems come under strain, returning to "business as usual" looks less possible by the week.

In New Models for a New World, our new series of blog posts, we return to some of our recent project outputs and the lessons they provide for today regarding economic development, sustainability and business opportunities. The COVID-19 pandemic reveals new challenges. GIFT's project outputs provide lessons on how to resolve them.

Myanmar has Southeast Asia’s least-developed financial sector. As of 2018, only 25% of people reported owning a bank account. Only 7.1% of firms turned to banks to finance investment plans. There are two reasons: first, formal financial institutions have high requirements for collateral, which tends to limit lending to the most asset-rich of customers and companies; second, a major financial crisis in 2003 led to a decade-long credit crunch and broad mistrust of the banking system, leading to a mostly cash-based economy.

One potential route around these issues is leveraging the internet and the rise of digital devices to expand financial access. 72% of Myanmar’s adult population uses the internet, and 85% of mobile subscribers are smartphone users. The relatively low price of smartphones in Myanmar has led to deep and rapidly expanding smartphone penetration; this has opened up the space for digital financial firms like Wave Money to fill gaps in Myanmar’s current financial system.

Wave Money is a digital money-transfer service. Through the Wave Money application, users can transfer money to their contacts, whether or not the payee is a Wave Money accountholder. To either make a payment or top-up their digital account, Wave Money users go to an agent — often the owner of a micro- or small-sized enterprise — and submit payment in cash; the agent then confirms the transaction. The same process happens in reverse when someone wants to convert a Wave Money payment into cash: they approach an agent, show proof that a payment was made, and the agent converts it into cash.

While Wave Money’s main business is money-transfer, they have started to slowly expand the services they offer. Late in 2019, Wave Money, in a partnership with Yoma Bank, began to offer uncollateralized loans to its agents to help them resolve short-term cash-flow issues.

In June 2018, GIFT facilitated the 2018 Myanmar Global Leaders Programme, where participants analyzed how to expand access to lending products to Myanmar’s population. Participants proposed leveraging Wave Money’s existing network of agents to offer uncollateralized loans to individuals, groups and SMEs. The model included a quick approval and convenient disbursement process. The model’s reliability, ease of use, affordability, dependability and honesty was expedted to make it attractive to borrowers.

The model’s reliability, ease of use, affordability, dependability and honesty was expedited to make it attractive to borrowers. 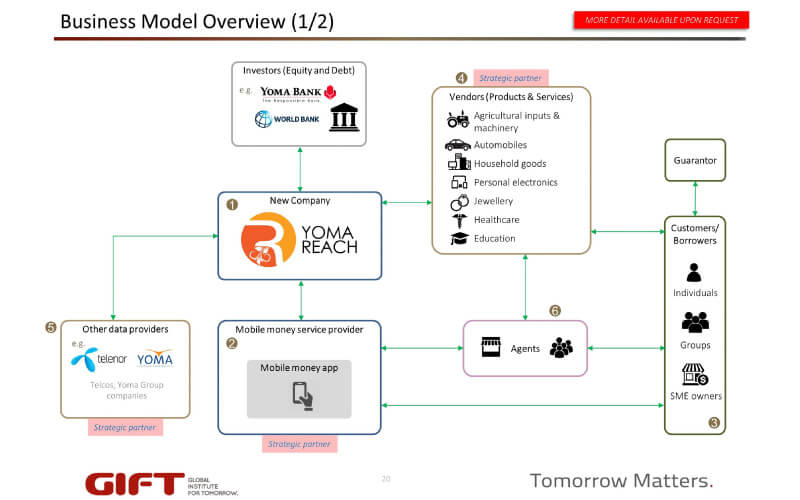 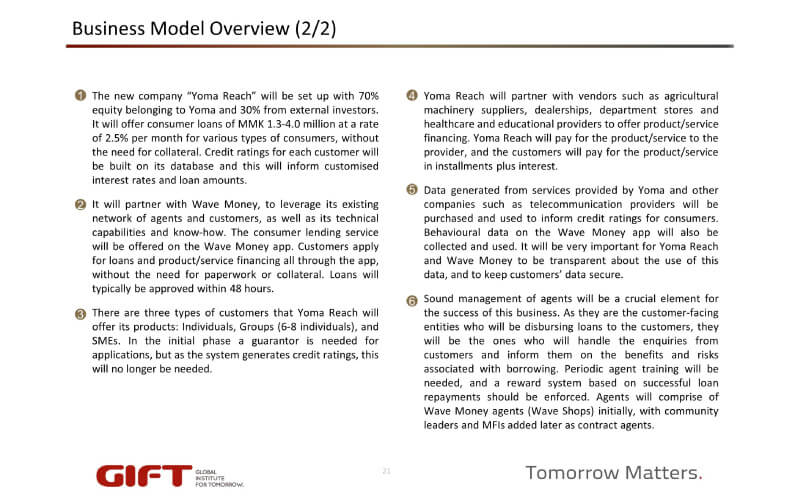 Leveraging Wave Money’s existing network, borrowers could receive loans almost anywhere in Myanmar. Many formal banks in Myanmar have limited reach, with physical branches only in the country’s major cities of Yangon, Naypyidaw and Mandalay. Wave Money instead operates through a network of agents — often owners of micro and small-size enterprises throughout the country — giving it much broader reach 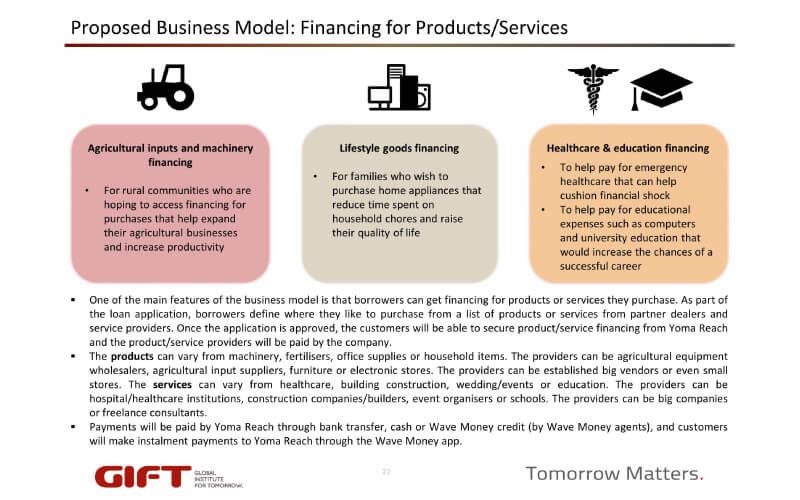 Lending in Myanmar is also limited by the lack of good credit information. This could be remedied through a digital system that would ensure faster adoption and avoid duplicate documentation. This system could also reduce the time for evaluation and disbursement, from approximately 2-3 weeks through banks to around 1-2 days through the digital system. The model would be backed by a credit rating system and guarantors for first-time applicants. 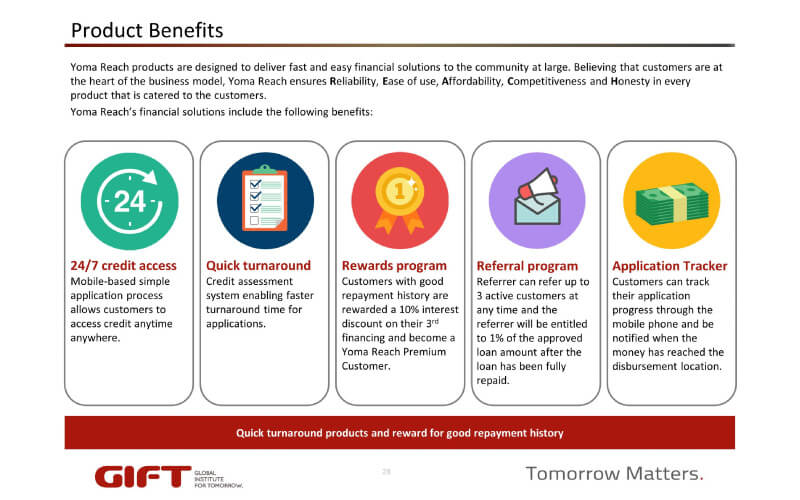 The plan developed by participants described services that were expected to be highly affordable as compared to informal lending services, set at 2.5% interest per month. Utilising Wave Money’s network and encouraging agents through a responsible commission structure will enable agents to build relationships with customers in their community. The plan provides transparent processes including a loan application process to gain the trust of borrowers. Borrowers with consistently good credit history are rewarded accordingly.

The social impact of this model could be felt by individuals, business owners, and wider society. This model would help to expand financial access to middle-class families in Myanmar, allowing them to purchase consumer durables, improve their standard of living, and invest in their own and their families’ future. Micro- and small-scale enterprises would also be able to expand their businesses, create jobs, and improve their ability to withstand economic shocks. 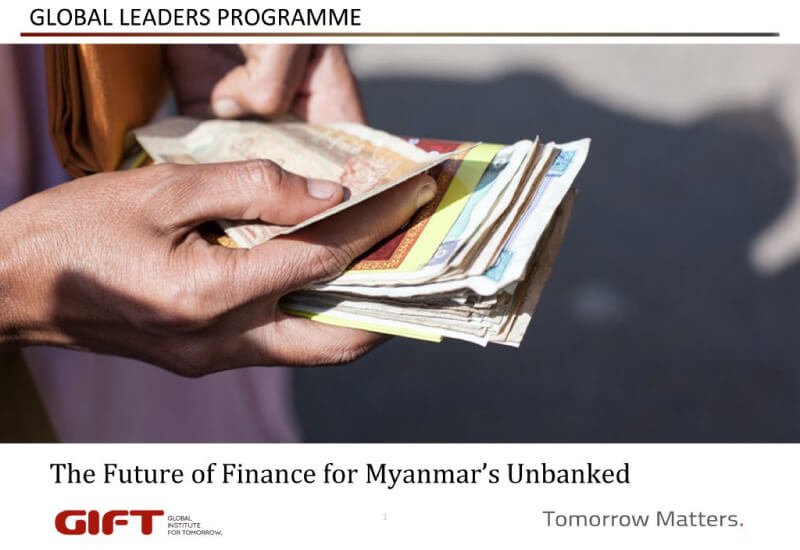 Feel free to read the report from the 2018 Myanmar Global Leaders Programme to learn more about Yoma REACH. The plan has been abridged in the interest of confidentiality: those who are interested may contact us to learn more. Stay tuned for more "New Models for a New World" posts regarding our other project outputs.