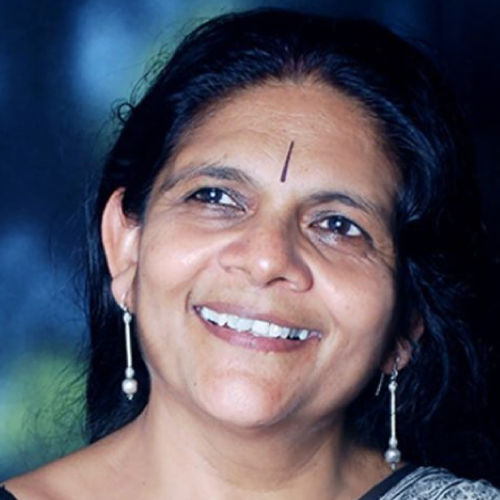 "Farmers are businesspeople": an interview with Chetna Sinha of Mann Deshi Bank 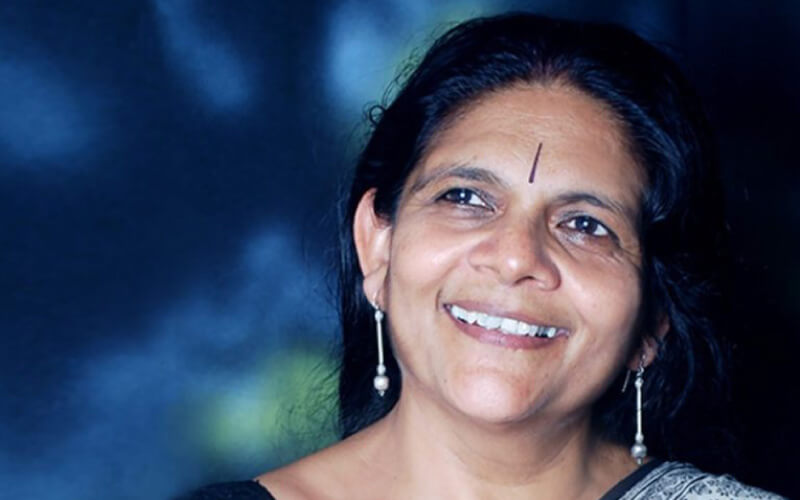 Chetna has received accolades around the world for her work, including chairing the World Economic Forum in 2018.

Where did the idea for Mann Deshi – both the Bank and the Foundation — come from?

Here is how I ended up in Mhaswad. I was born and raised in Mumbai. When I was a student at the University of Mumbai, I joined a movement that was organising youth to work in rural areas. My future husband was part of the same movement, and we worked together with the people of Mhaswad as wage labourers on the farm. After one year teaching economics in Mumbai, I moved to Mhaswad to live with my husband’s family.

A woman came to me and asked for my help with opening a savings account. I went with a few women to the banks, who refused to open any accounts. They said that serving these women would not be viable because their savings would be too low. My response was that these women were not asking for money. What they were asking for was an opportunity to save.

So I thought: why don’t I start a bank that will provide access to and control of finance to these women. We applied for a banking license, with capital mobilised from over 6000 women. However, our application was denied because the majority of our members were illiterate. When I shared this news, the women said they would learn to read and write. This was how the literacy classes started in our villages.

I tried again six months later, and this time I didn’t go alone. Seventeen women accompanied me to the Indian Central Bank. I was amazed at how they talked with the officer there. They argued that they should not be held responsible for their inability to read and write, as there were no schools in their villages. Then, they said that while they could not read and write, they could count. They said they could calculate the interest rate on the principal, and challenged the Central Bank’s officers to do it without calculators.

I’m pleased to say that we got the licence.

It’s been twenty years now, and we help women to not just save but also control their expenditures. We now serve 110,000 women as clients, and we are the first bank operated and managed by women.

But when we started the Bank, we realised that access to and control of knowledge and markets were things we needed to build. The Bank could not build this capacity. So, we started a business school for women through our Foundation, and the strategy was that the two would work together. Wherever we had a bank branch, we would also have a business school. 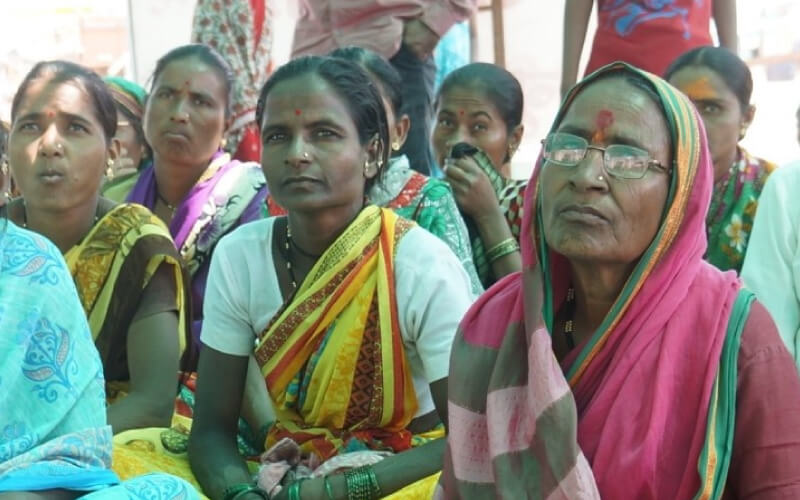 I think that Indians often believe that farmers are producing for them, for “the nation”. But for farmers, it’s a business, and farmers themselves have to think of it as a business. Those who consume farm produce must realise that there are costs behind what they eat, and not assume they have a right to it because it comes from the land.

I would argue about this with my husband and my mother-in-law: if the farm was not getting a better price on something, you just have to stop growing and selling it. Think about where money can be made.

The whole value chain needs to have a business approach. Without profit-making companies, value chains will not be viable or cost-effective. It’s a business as far as bilateral trade is concerned, as far as getting produce from farm to market, as far as understanding global customer needs. That thinking only comes when you move away from the belief that your purpose is “feeding the nation”.

I know that there will be pain, in the beginning, in adopting a business mindset. The farm sector has never thought this way, nor has the government. But farm leaders understood: they knew that a belief that farmers are feeding the nation works against them, as the government would always push to keep prices low, especially in democratic countries like India.

It seems like sometimes there’s an inability to respect the farmer’s ability to make decisions, instead of giving them the tools and support they need to determine the best path forward.

Exactly. There is philanthropy where you consider that the subject is so vulnerable that they need immediate support. That should never be the case for anybody.

Farmers in India are considered to be a vulnerable community, but they can be kept vulnerable through initiatives like subsidies and loan waivers, when they don’t have a plan for long-term development.

I believe that Farmer Producer Companies need to come forward and say “farmers are businesspeople”. Once they are a business then they will think about the quality of production, the yield they are getting. These issues come from governance.

What are some the biggest challenges that Mhaswad’s farmers face?

The biggest challenge is rain, especially in a place like India where we still lack irrigation. In general, you see reports that, on average, climate change in India has reduced the monsoon by about 30%. But for us in Mhaswad, we’ve seen a reduction of 80%. It’s now become very important to know how to retain a single drop of water: this is something we’ve been working with farmers about since the drought in 2012.

Farmers’ production of food grain is vulnerable, especially when feeding livestock is concerned. Mhaswad’s farmers rely more on the rabi crop (animal fodder and grains) than the kharif crop (cash crops). But because farmers are producing a lot of fodder, they keep a large number of livestock. But then ideally livestock would be in an area where there’s enough rainfall and greenery.

There are also logistical challenges. Mhaswad is remote, and the big markets like Mumbai and Delhi are very far. The cost of sending something to market can be huge. But there are also opportunities. Households can keep smaller animals like goats or chickens, which are easier and less costly to rear. Mann Deshi Bank was actually providing lending for this, in order to support a different economy based on different livestock.

But there are also opportunities. Households can keep smaller animals like goats or chickens, which are easier and less costly to rear. Mann Deshi Bank was actually providing lending for this, in order to support a different economy based on different livestock.

Have you noticed how the environment – not just the weather, but also the landscape – has changed over the decades?

First, the land being used for crops and fodder has been reduced. One reason is that the land is getting more fragmented: families split land between their descendants, to the point where agriculture becomes non-viable.

Second, some villages feel totally dry. It’s so dry, it can feel like you’re in an African country. My mother-in-law used to say that we would get flamingos visiting in February, because we would have water after the monsoon. But now we don’t have water.

Third, the area never had enough trees. But replanting has not happened, because India has never had a proper tree replanting policy.

When non-Indians think about the country, they often focus on India’s big cities. What are people missing when they ignore rural India?

People talk about Bangalore, Delhi and Mumbai because of their strong IT sectors, which has affected the aspirations of young people. Migration from rural to urban India is increasing.

These big cities are important to India, but rural India is more important. People think of the rural population as simply growing food for the country, and never think about what rural Indians go through. Prices are kept low, there is poor infrastructure, there is no proper education system. People talk about investing in women and education, but it’s only happening in the universities in the big cities. In rural India, investment in education and healthcare has not happened.

Migration happens because the city has better jobs, and because life is becoming too difficult in rural India.

I find one thing very startling. I’ve stayed on this farm for thirty-five years, and so much technology has changed. TVs came, computers came, mobile-satellite came. The technology landscape has changed, even in rural households: at least where their homes are concerned.

But when you go into the fields, you don’t find crushers to deal with unwanted grass. Apart from tractors, you hardly see any technology on the farm side.

That’s the big difference I see between rural India and places like Mumbai and Delhi. In the city, people use smartphones and digital money, but as far as farms, fields and energy are concerned, the new technology we see in other countries are not being used in rural India. Technology in the cities are bustling, but in rural India, it’s as if it was still the 1960s and 70s.